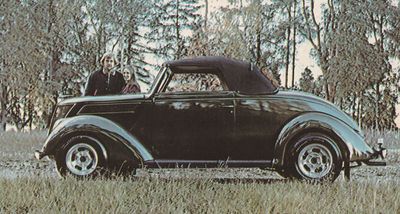 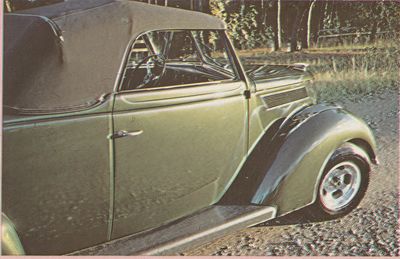 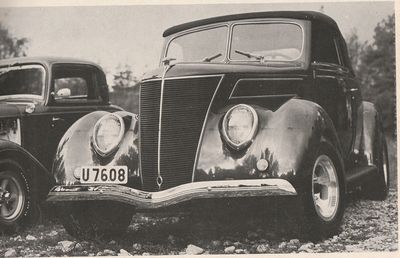 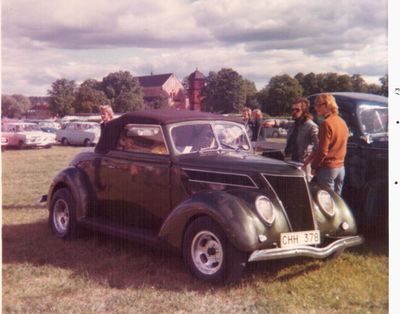 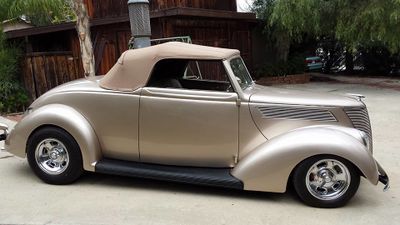 Per Iggsten from Västerås, Sweden was one of the early Hotrodders in the area around lake Mälaren west of Stockholm.
He found and imported a 1937 Ford cabriolet from Denmark in 1965 that he drove around in despite a rather miserable condition.


A long and comprehensive restoration started including regular rust fixing and tuning a flathead from 1953.
Manifold and heads are from Offenhauser with two Holley 2-port carbs. The gearbox is a 4-shift T-10 BW from a Mustang that fits directly on the engine.


Many parts he got from his brother Lars Iggsten who lived in Los Angeles. His girlfriend Margareta helped sewing the interior in black naugahyde.


Per didn't manage to get the car ready before the new regulations in 1969 - thats why he choose a flathead.


The body was painted in avocado green metallic which looks fine together with the black top and bumbers from 1936 Ford.


When finished, the couple took the car for a sunny trip around Europe that went very well.


The car was later sold to Kansas, U.S.A. and is still alive over there!

Please get in touch with us at mail@kustomrama.com if you have additional information or photos to share about Per Iggsten 1937 Ford Convertible.