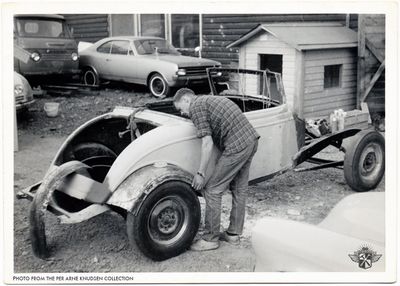 Per Arne working on his 1934 Ford Cabriolet. The photo was taken sometime between 1966 and 1969, outside the garage Per Arne and Roar Arnegaard rented at Alnabru. Photo courtesy of Per Arne Knudsen, from The Per Arne Knudsen Photo Collection. 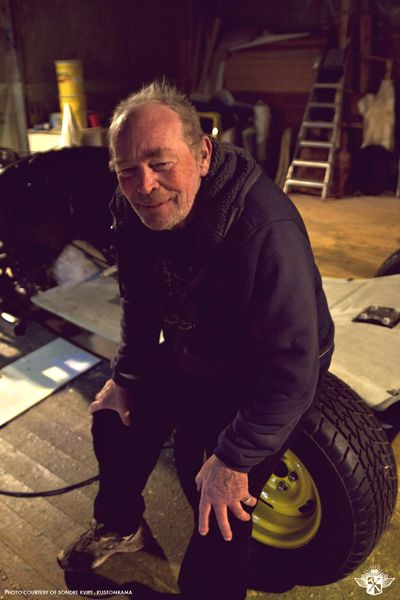 Per Arne in his garage at Atna in October of 2012. Photo by Sondre Kvipt - Kustomrama. 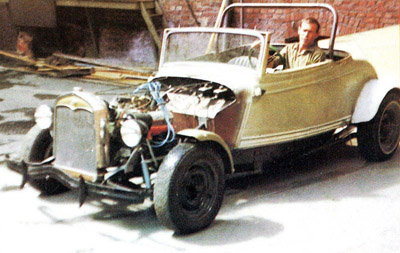 Per Arne Knudsen's 1934 Ford Cabriolet. The build was started around 1964 - 1965, and completed in 1969. Once completed the vehicle licensing department refused to approve the build. After several attempts, Per Arne gave up fighting the law, and he sold the car to Ludvig Bjørnstad. Ludvig turned the hot rod into a drag racer, and it became one of the first Norwegian cars to ever compete in an organized drag race. 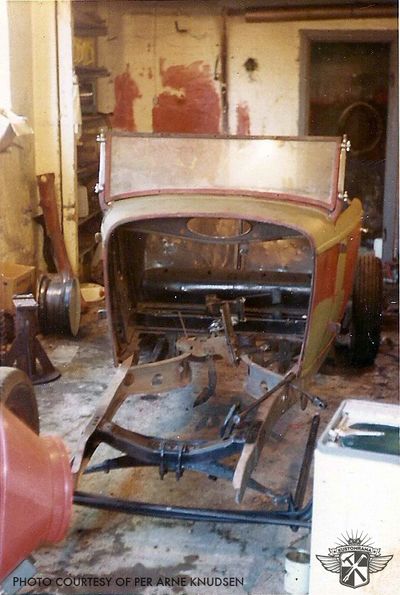 A 1932 Ford Per Arne started building in the 1970s while he was still living in Oslo. At the time he had a garage in Enebakkveien, on the way down to Kverner. Per Arne wanted to turn the car into a roadster pick up. Photo courtesy of Per Arne Knudsen. 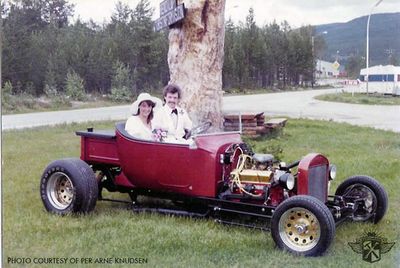 A Chevrolet 350/350 powered 1923 Ford Model-T Bucket Per Arne built in the 1980s. As his first hot rod, the 1934 Ford cabriolet, the vehicle licensing department refused to approve this car as well. Photo courtesy of Per Arne Knudsen. 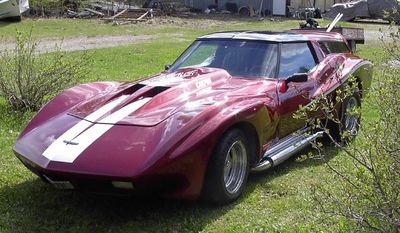 Per Arne Knudsen's 1972 Chevrolet Corvette C3 Can Am Wagon. Two of these were built as a cooperation between Ecklers and Greenwood. Per Arne has built and installed a stroked 383 engine in his wagon. The car has about 450 miles on its odometer, and Per Arne believes it has spent most of its life as a trailerqueen. 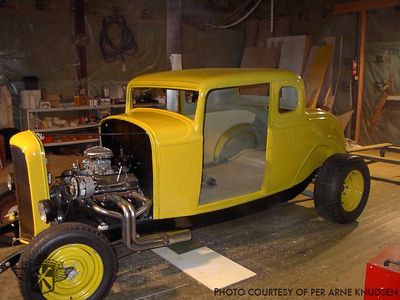 Per Arne Knudsen of Oslo, Norway is a Norwegian hot rod pioneer. Per Arne's glowing interest for hot rods was sparked when he found an American hot rod magazine at a newsstand at Koppang station in Østerdalen. At the time he had heard about The Wildcat Motorclub and people such as Per Ivar Kolgrov, but he didn't know them. Per Arne grew up in the old part of Oslo, known as Gamlebyen. He worked at the Standard shoe-factory in Gamlebyen, and at a time he had six old Fords parked behind the factory. Around 1964 Per Arne formed the club Viking Custom with his friend Roar Arnegård. Viking Custom was one of the first hot rods club of Norway. Before Per Arne set off to build his well known 1934 Ford Cabriolet he worked on a 1924 Ford Model-T tudor that he wanted to build into a hot rod. That dream ended after Neslein from the vehicle licensing department had inspected it.[1]

Please get in touch with us at mail@kustomrama.com if you have additional information or photos to share about Per Arne Knudsen.