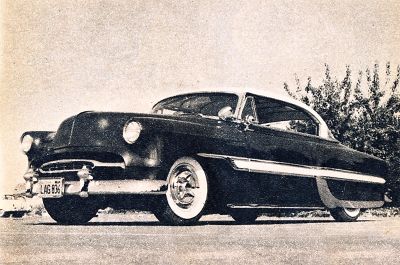 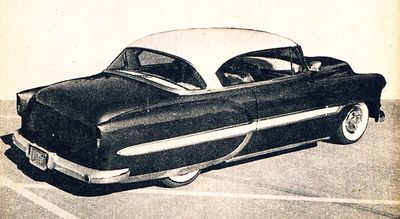 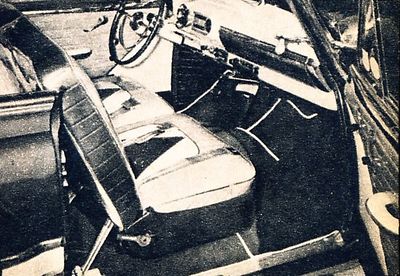 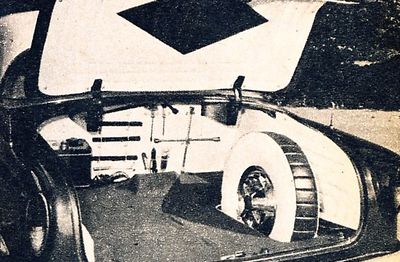 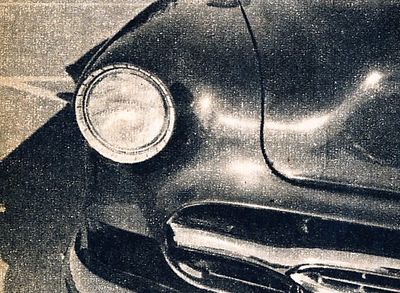 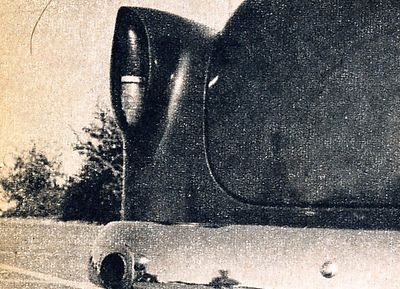 1953 Chevrolet Bel Air restyled by Ed Wright and owner Patrick Morales of California. The duo nosed, decked and removed the door handles of Pat's Bel Air. Cast iron headlight rims were made using 1954 Chevrolet rim for pattern, plated then welded into position. The grille shell surrounding was molded in, and a 1954 Pontiac grille bar was installed, the most popular bolt-on part at the time. The taillights were also frenched, and featured a set of 1954 Chevrolet lenses. In able to get the right stance, it was dropped 4" up front by repositioning the A arms frames, and adding lowering blocks in the rear. Routing the exhaust through the bumper tips were Pat's own design. A 1949 Chevrolet license plate guard was installed on the rear bumper as well. Fender skirts and the continuation of chrome fender panel along the skirts were installed, along with a set of spotlights and Dodge Lancer hubcaps. After three months of torch work, it was ready to be painted Emerald Green enamel and White lacquer, separated by combination of 1953 Chevrolet and 1953 Pontiac side trim.[1]

The interior was upholstered in dark green and Lime, executed in Naugahyde with white piping. Sierra Car Seat reclining mechanism was used up front. The trunk compartment was also beautified, with tools, spare cans of gas and oil, all upholstered nicely to match the rest of the car.[1]

Please get in touch with us at mail@kustomrama.com if you have additional information or photos to share about Patrick Morales' 1953 Chevrolet.