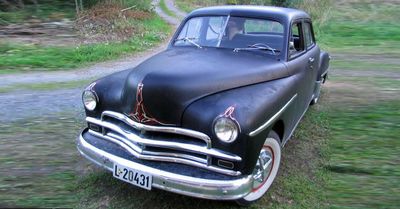 As it appeared after he painted it flat black. Photo by Sondre Kvipt 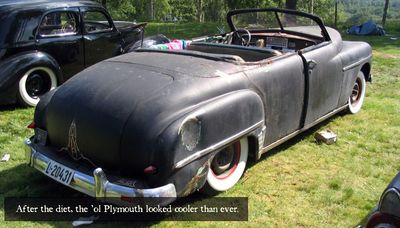 As it appeared after the roof was cut of, and the rear doors welded shut. Photo by Sondre Kvipt 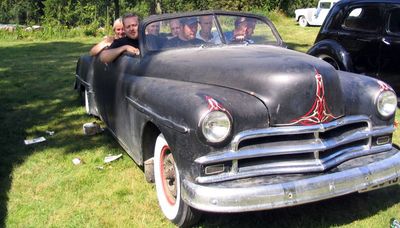 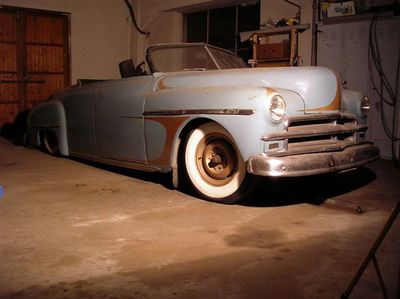 Bagged in the rear with new paint. Photo by Ole Kristian Espeland 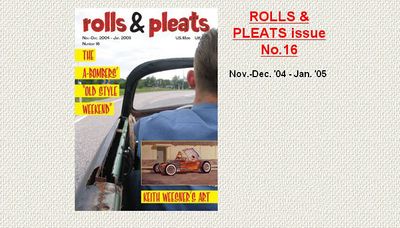 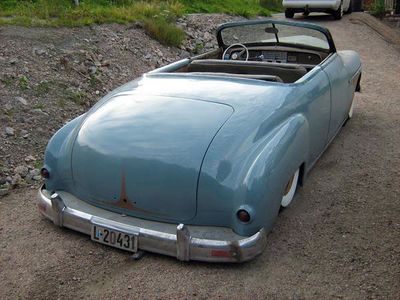 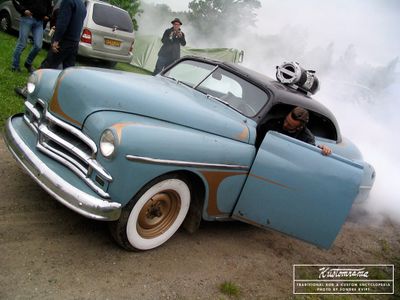 Ole having a good time with the Plymouth at the 2006 Bedrock Weekend in Denmark. Photo by Sondre Kvipt - Kustomrama. 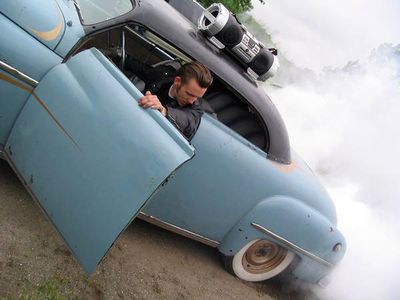 Ole doing a spin out in Denmark. Photo by Sondre Kvipt 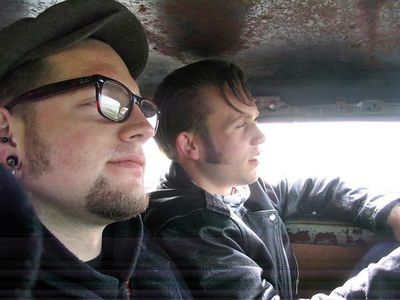 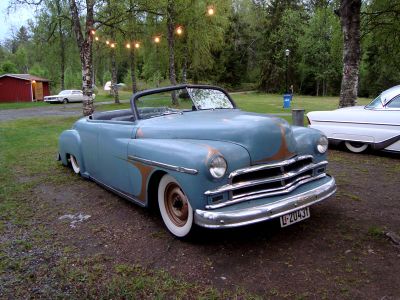 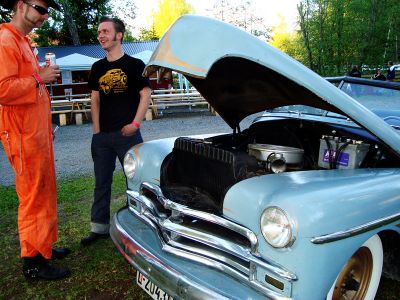 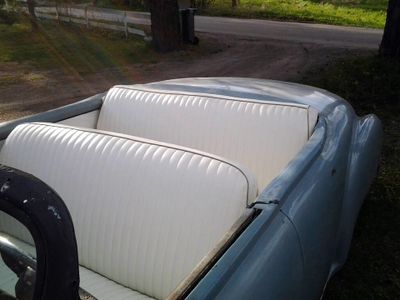 1950 Plymouth Sedan DeLuxe owned and customized by Coupe Devils member Ole Kristian Espeland of Seljord, Telemark, Norway. Ole at first had a 1956 Chevrolet Handyman station wagon that he was supposed to get drivable. Before he could finish the Chevy, a fellow became interested and wanted to trade his 1950 Plymouth for it. Ole could not refuse the offer and swapped cars, so on July 17th 2003, Ole was the proud owner of a well used Plymouth. The car had its original paint, light green, and it was a former Taxi cab from the westcoast of Norway. It was sold new in Norway, and it was first time registered January 1st, 1950. The first thing he did, was to lower the car by cutting the springs. Ole painted it flat black, and pinstriped the hood and deck lid. An accident happened when he painted it the first time, he rolled the car with a paint roller, and when he got finished, it began to rain. He bought a set of Good Year bias-ply and installed Dodge Lancer hubcaps on it, which he had bought at Moon in California. A set of 1959 Cadillac taillights were frenched to the rear fenders.[1]

A year went by, and Ole decided to cut the roof of. The rear doors were welded shut, and the area in front of the trunk was lengthened. The car was nosed, decked and shaved for door handles. The headlights were frenched, and eventually Ole painted the car light blue with gold scallops. The hubcaps were removed, and the rims were painted gold as well. The 1959 Cadillac taillights were replaced by a set of round Pontiac units. Air bags were installed in the rear to bring it further down to the ground. After a while driving with the straight six, three speed stock drivetrain, Ole felt it was time to freshen it up. The drive train was updated with a newer Dodge Monaco rear axle, and a Dodge 318 V8 with an automatic transmission. Ole also built a removable steel top for the car, which could easily be installed if the weather was bad. In 2012, Ole stitched up the interior with white tuck & roll seats with gold piping.[1]

Please get in touch with us at mail@kustomrama.com if you have additional information or photos to share about Ole Kristian Espeland's 1950 Plymouth.