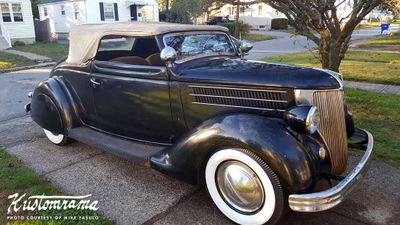 Mike's Ford as it appeared in October of 2017. Photo courtesy of Mike Fasulo. 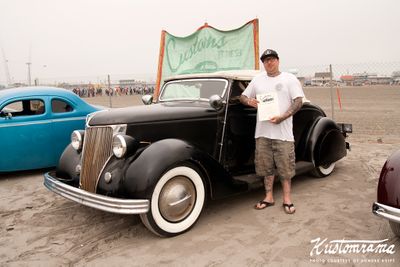 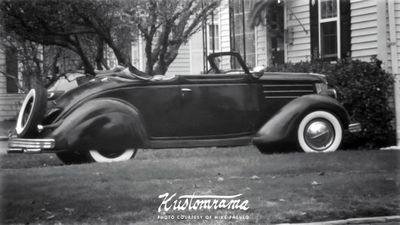 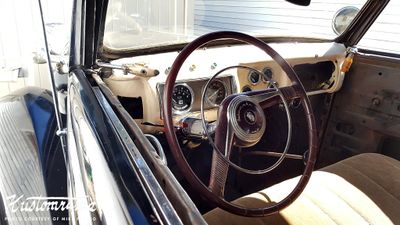 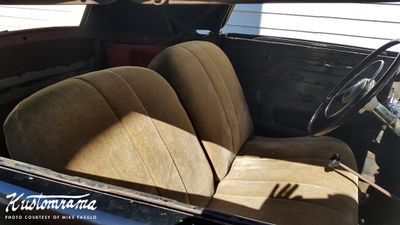 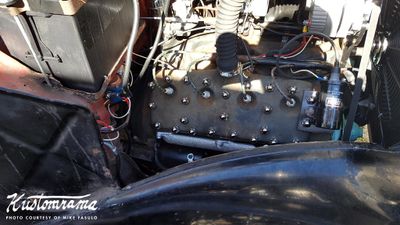 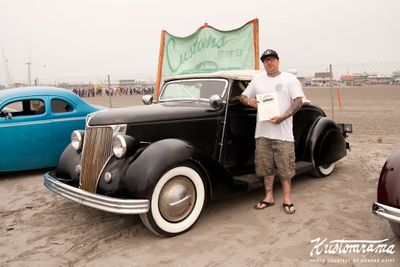 Mike Fasulo with the Ford at the 2018 Customs by the Sea car show in Wildwood, New Jersey. Mike won the prestigous Bud Unger Preservation Award at the show. Photo by Sondre Kvipt - Kustomrama. 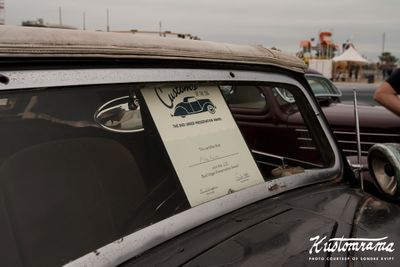 1936 Ford Club Cabriolet owned by Mike Fasulo of Pawtucket, Rhode Island. Mike bought the car as a non-running project in 2017. He found it less than an hour from his house, at a car collector that had it for sale. In 2018 Mike told Sondre Kvipt of Kustomrama that the guy he bought it from was a muscle car guy that had bought the 36 from a friend to help him out; "When I got the car, it had been passed around since the 1950s or the 1960s. The friend of the collector I bought it from had bought it from New England drag racer Buddy George. Buddy had purchased it at the Hershey Swap Meet back in the 1980s or the 1990s."[1]

Mike believes the car was originally restyled in the 1950s. When he bought it, it featured a chopped top, molded fenders, dual spotlights, ripple bumpers, fenderskirts, a rear mounted spare tire and flipper hubcaps. The interior had been fit with a 1940 Ford dashboard and a 1947 Lincoln Zephyr steering wheel. After buying the car, Mike installed a period correct drivetrain and got it back on the road again.[1]

Do You Recognize This Old Custom?

Mike has been searching high and low for photos of the 36 without any luck. According to rumors, it might have been an old Texas car. It has a very unique top that was chopped very little in the rear, so it would be easy to identify. If you recognize the car and have any information to share about it, please get in touch with Kustomrama at mail@kustomrama.com

Please get in touch with us at mail@kustomrama.com if you have additional information or photos to share about Mike Fasulo's 1936 Ford.