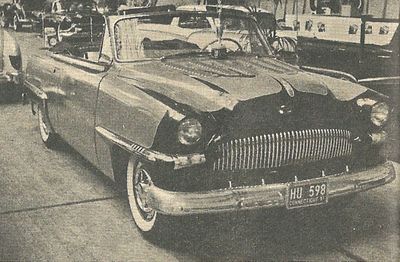 Michael's Plymouth as it appeared in 1958. Photo by Mel Jacolow. 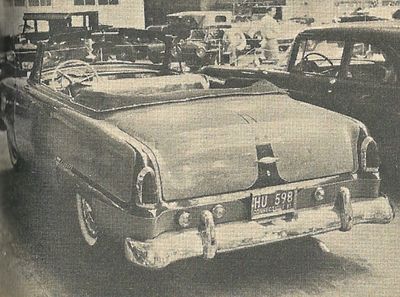 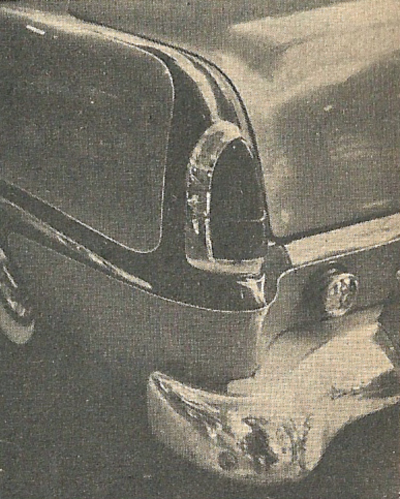 1953 Plymouth Convertible owned and restyled by Michael Malamphy of Ansonia, Connecticut. Mike peaked, dechromed and louvered the hood on the Plymouth, before headlights from a 1956 Dodge was welded to the Plymouth fenders, giving the car a whole new look along with a custom made grille made by Buick, Mercury and Ford components. A set of Chrysler taillights were installed as well. The interior was done in gold and blue to match the two-tone paint job of gold metallic lacquer with blue scallops. Mike ran a loan office, and this was his third custom since he began building cars in 1955. He did almost all the work by himself in a friend's auto body shop. By 1958, the car had received 5 trophies, being entered at the Hartford Autorama and other shows in Lancaster, Hanover, Peabody, Massachusetts, and Silver Springs.[1]

Please get in touch with us at mail@kustomrama.com if you have additional information or photos to share about Michael Malamphy's 1953 Plymouth.