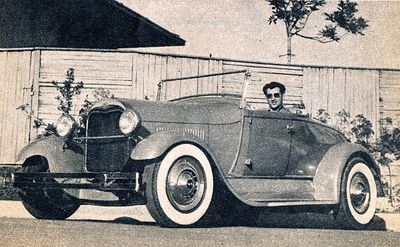 As it appeared in Car Craft July 1956. Photo by Eric Rickman. 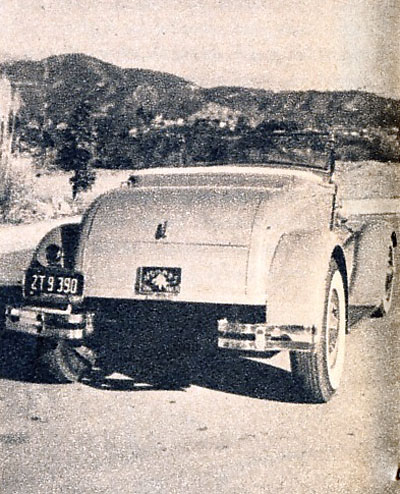 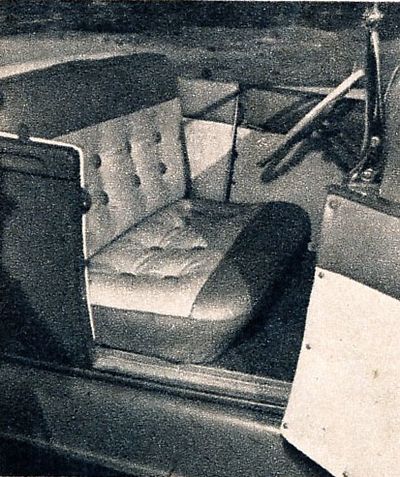 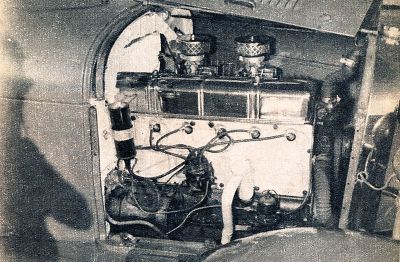 1929 Ford Model A Roadster owned by Luke Castro of California. Luke's Roadster was powered by a 1948 Chevrolet inline six truck engine that would blast away from most late model cars. The Hi-torque truck engine featured a rendered intake manifold with two Ford 97 carburetors on. The exhaust manifold was made into a dual manifold as well, rest of the engine was stock. A 1941 Chevrolet transmission was chosen in able to shift gears smoothly. The bumpers were disassembled and chromed . It was lowered up front by installing a Dago dropped axle with de-arched springs in the back. Mechanical brakes were replaced by juice brakes, and the wire wheels with solid steelies, fit with super-cushion tires trimmed with 1954 Chevrolet hubcaps. It also had seal beam lights for better view at night. The windshield was chopped as well. The upholstery was done in a two-tone scheme, and the steering wheel was off a Chevrolet as well.[1]

Please get in touch with us at mail@kustomrama.com if you have additional information or photos to share about Luke Castro's 1929 Ford.