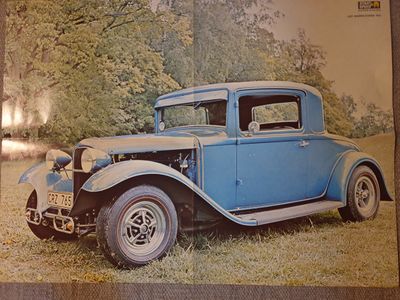 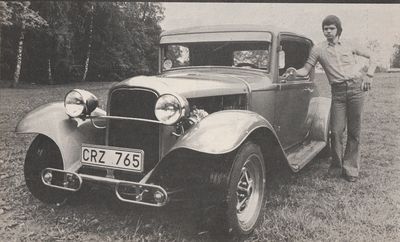 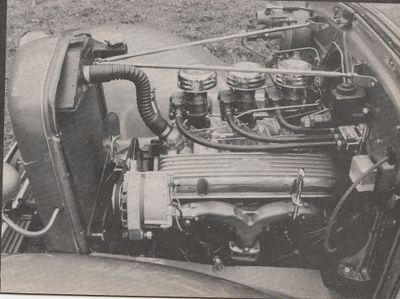 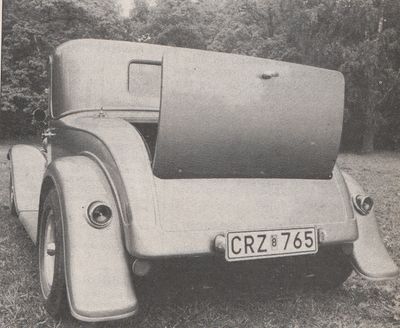 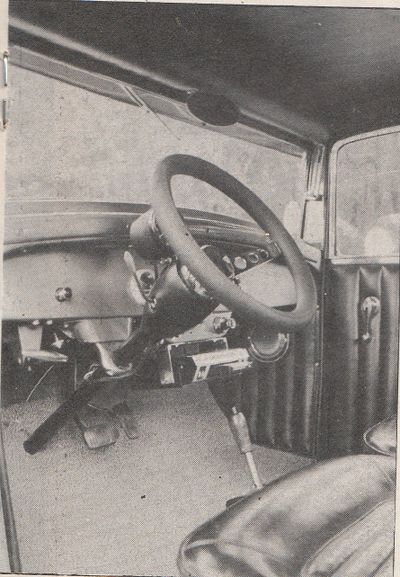 This Hot rod is a really rare piece. The Dodge cars are very unusal to built from, even in the USA.


However, this coupe body was what Leif Hedén in the western part of Dalarna county, Sweden found 1965 in close-by Norway as a wreck.


Leif could use the main body and the rear fenders from the Dodge. He fabricated the front fenders and grille shell himself in fibreglass moulded after Ford 1932.


But he needed something to put the body on! He used a frame from Ford 1932 that is some inches longer than stock. It has a crossmember to support a tuned 1957 265" Chevy engine with a TH400 transmission. The rear end is also Chevrolet with Volvo shocks.
The front trails a Opel Commodore IFS meaning disc brakes. Leif used a Mercedes steering box and a Grant steering wheel on top of the column.


At this time you took what you could find to build a Hot Rod. The car has parts from many different manufacturers. Headlights from Citroën and rear lights from Chevy Impala 1965.


The interior is also made by Leif in black vinyl. Seats are from Ford Mustang. Finally, the car was painted "Le Mans" blue color.

The car is a very good example of the craftmanship of Swedish rodders from the time you didn't have a catalogue to order parts from.


Leif still owns the car and have had it for over 55 years - impressive! It looks almost the same today.

Please get in touch with us at mail@kustomrama.com if you have additional information or photos to share about Leif Hedén's 1932 Dodge Coupe.