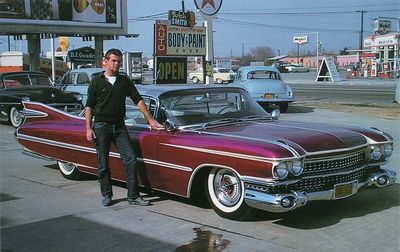 Photo from the Andy Southard Collection.[1] 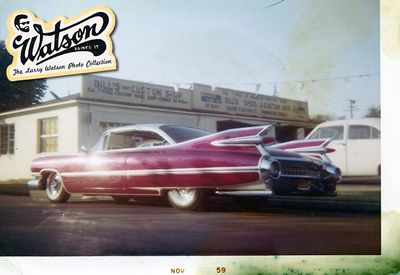 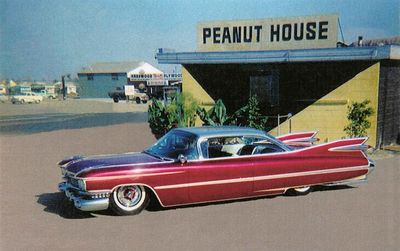 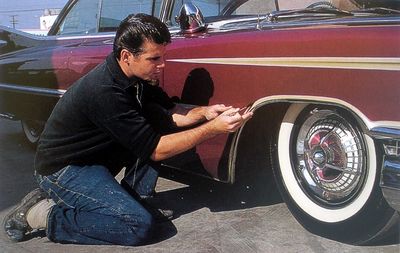 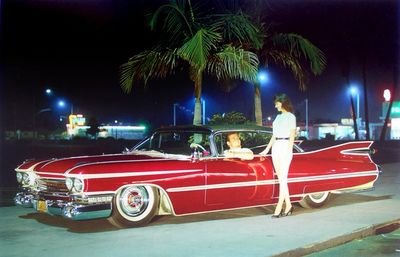 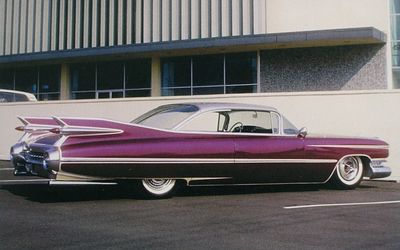 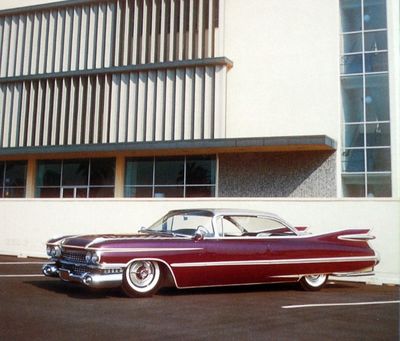 1959 Cadillac 62 Series Coupe owned by legendary painter Larry Watson of Bellflower, California. After selling his 1958 Ford Thunderbird, Larry had enough money in his pockets to buy a new white Cadillac. Larry was so embarrassed by driving his newly purchased Cadillac from the dealership that he drove as fast as he could to Bill DeCarr's shop in Bellflower. It did not take long before Bill lowered it and installed Bellflower exhaust pipes. He shaved the hood and extending the center Bood peak towards the grille. The deck lid and door handles were shaved. Chrome bullets were installed in all four parking lights. Larry painted the body in a combination of candy ruby panels over the white pearl lacquer surrounded by white pearl outlines. Larry applied 1/4 chrome tape over the silver base painted top, covered it with clear lacquer and rubbed it out so there was no step between the tape and the silver base. The Dodge Lancer hubcaps were painted the same color as the body and dual dummy spotlights were installed. The interior was left alone as the 62 Series were already fit with factory tuck 'n' roll interior. The interior in Larry's car consisting of white tuck 'n' roll with black surrounds. Larry later traded away the car to a Cadillac dealer which offered him a used 1957 Cadillac Eldorado Brougham.[3]

Please get in touch with us at mail@kustomrama.com if you have additional information or photos to share about Larry Watson's 1959 Cadillac.