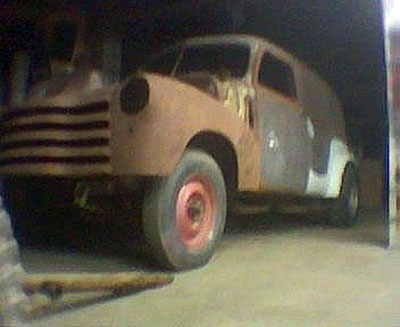 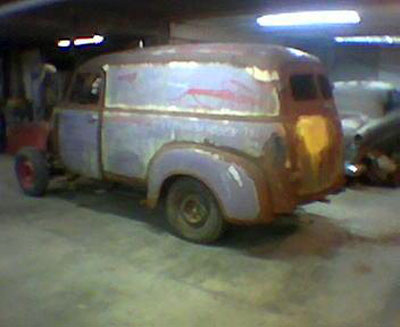 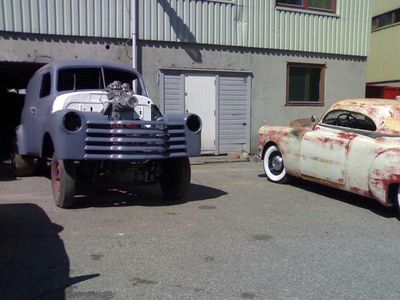 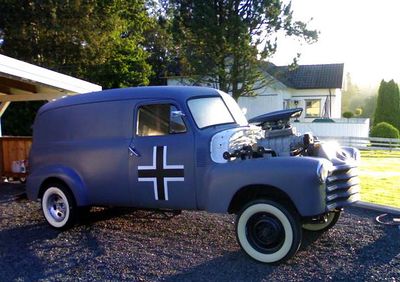 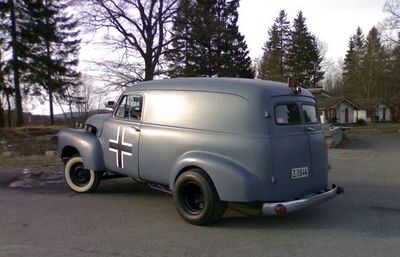 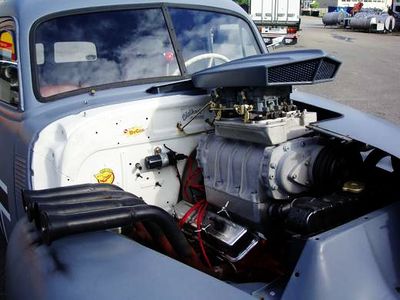 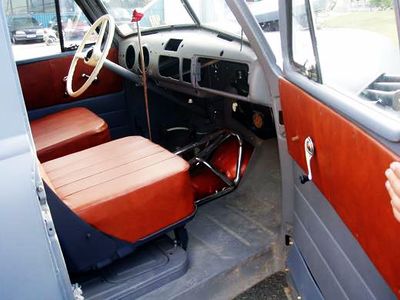 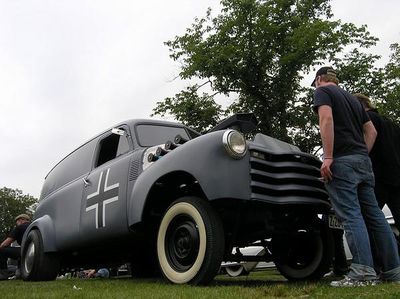 1951 Chevrolet Panel Delivery owned and built by Coupe Devils member Kjetil Kvipt of Fyresdal, Telemark, Norway. Kjetil bought the car in the autumn of 2007. The car was originally sold new in Larvik, and it was registered on March 12th, 1951. When Kjetil acquired it, the body had been blasted, but it was placed outside and neglected for years. Kjetil had intensions of building it like a gasser. A year later, Kjetils gasser stood finished. He sold it a year later. The new owners modified it with a flip front to get easier access to the engine. They also painted it copper and white.

Please get in touch with us at mail@kustomrama.com if you have additional information or photos to share about Kjetil Kvipt's 1951 Chevrolet.