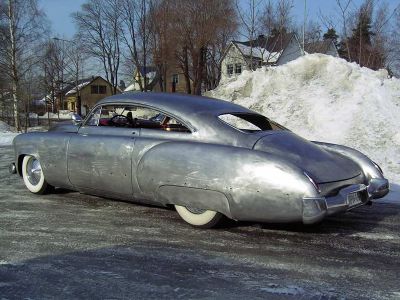 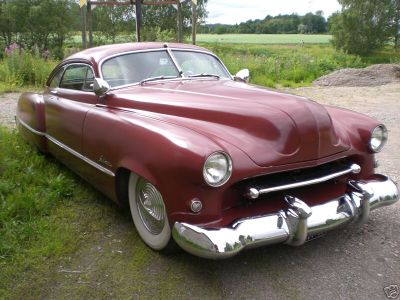 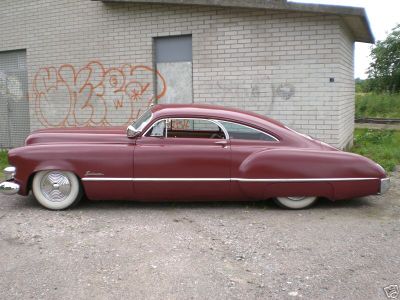 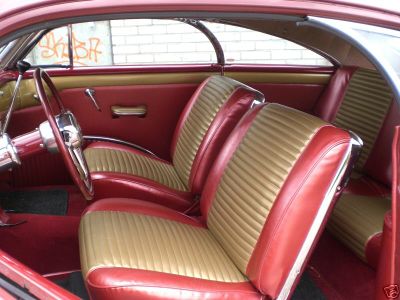 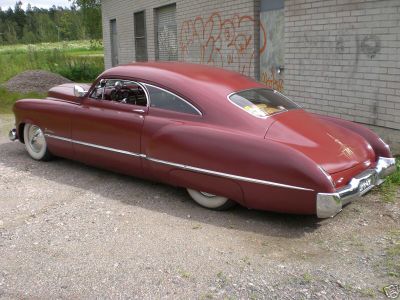 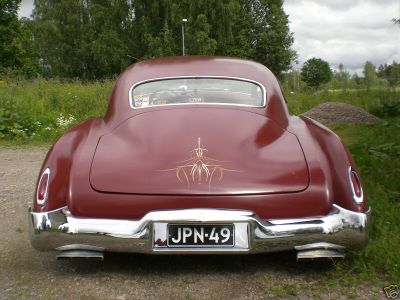 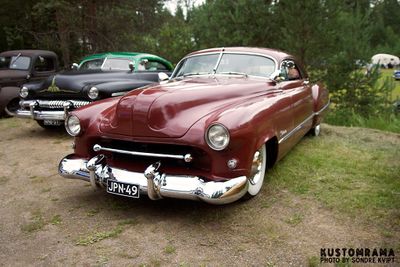 1949 Buick Roadmaster Sedanette owned and restyled by Kari Saarela of Espoo, Finland. The car, known as the Sledanette, is a well known kustom in Scandinavia. Kari bought it from Seattle, Washington in 2001. Until then the car was an unrestored original beater in very good condition. When Kari got the car his goal was to make it look like an early 1950's Barris creation.

The Sledanette has lots of modifications. According to Kari the only parts left untouched on the car is the fender skirts and rear bumper. The front bumper was taken from a 1949 Cadillac. The center bar in the grille is 1957 Cadillac with 1949 Cadillac bumper guard tops welded on each end. The grille opening is influenced by 49-50 Mercurys. The headlights are frenched, and the taillights are from a 1941 Studebaker with kustom made lenses. Kari chopped the top 2" in front, and 4" - 5" in the rear. The body is channeled over an extended 1980 Oldsmobile Cutlass frame with with bags in the rear. Power comes from a Chevy 350 hooked on to a TH-350 transmission.

Inside the car was fit with bucket seats from a 1963 Buick Wildcat in front, and a kustom made back seat. Everything was covered in beautiful red and gold Naugahyde. The steering wheel is kustom made to look like the original, but it is 1 1/2" smaller.

Please get in touch with us at mail@kustomrama.com if you have additional information or photos to share about Kari Saarela's 1949 Buick.