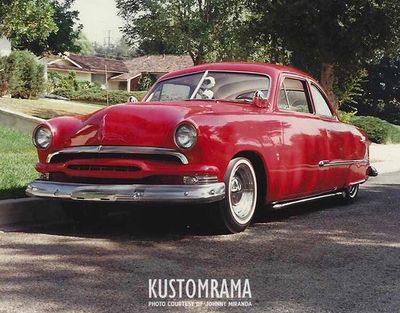 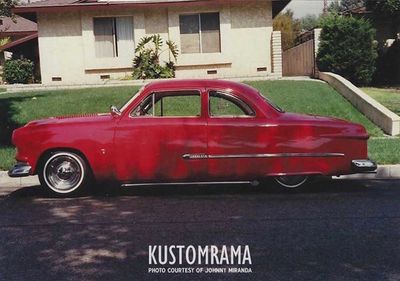 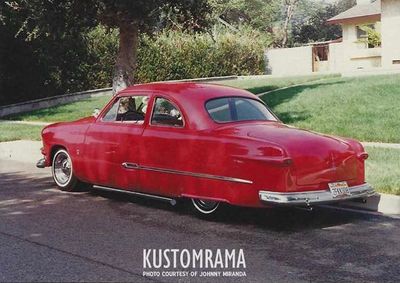 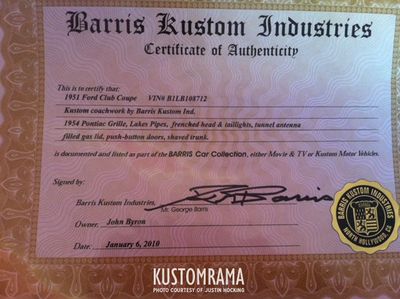 A Certificate of Authenticy on the car from George Barris of Barris Kustom Industries. It was John Byron that got the work certified by George. Photo courtesy of Justin Hocking. 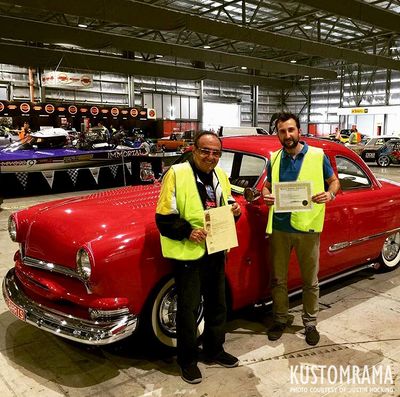 Geprge Barris and Danny Canal with the car in Sydney in 2015. George told Danny that he remembered the car and the works carried out on it. Photo courtesy of Justin Hocking. 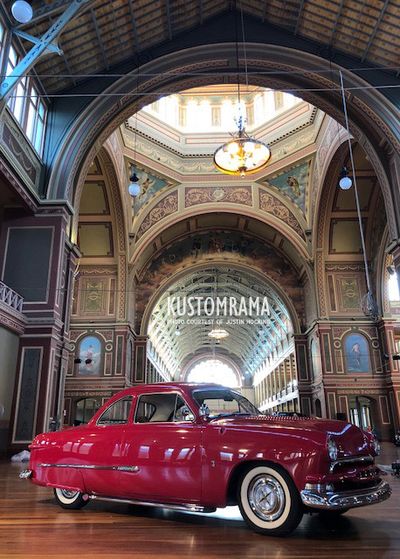 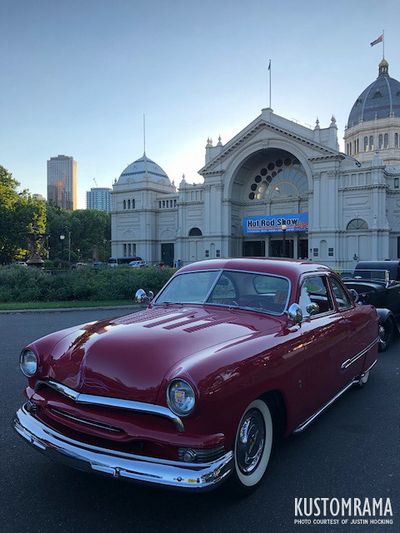 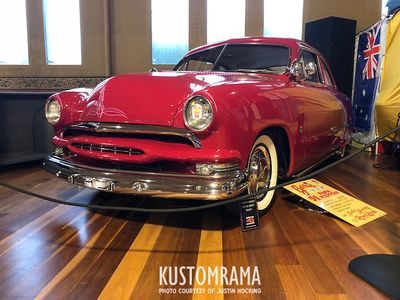 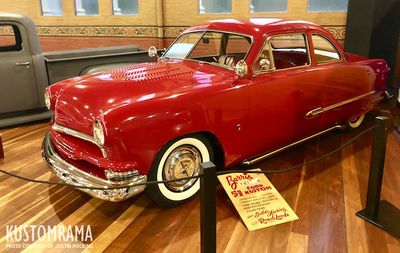 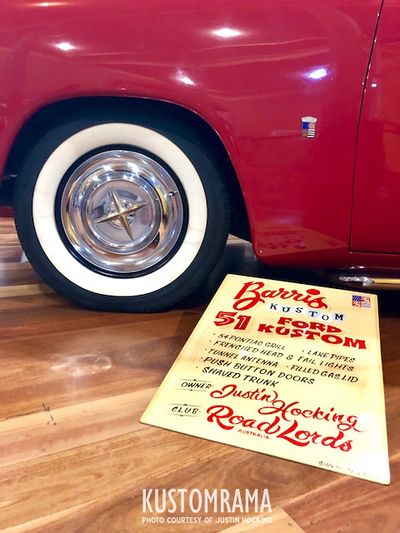 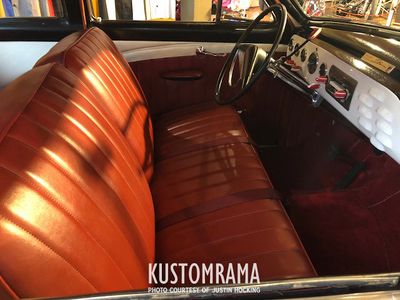 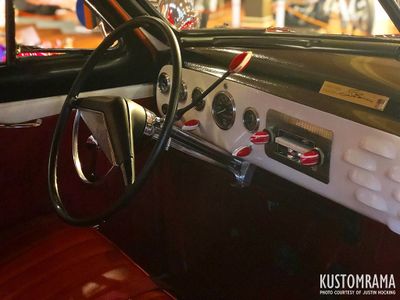 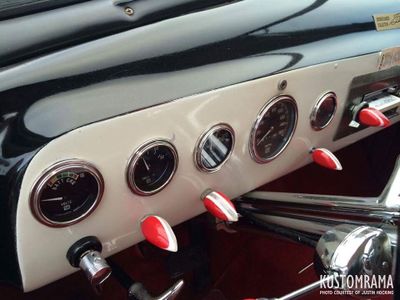 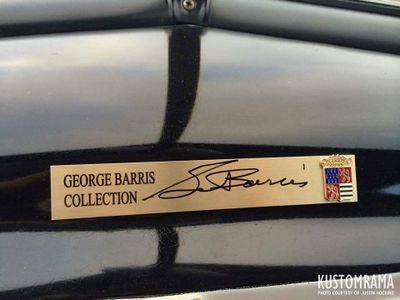 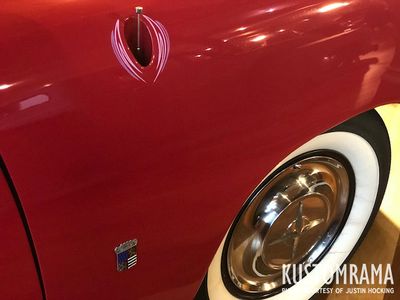 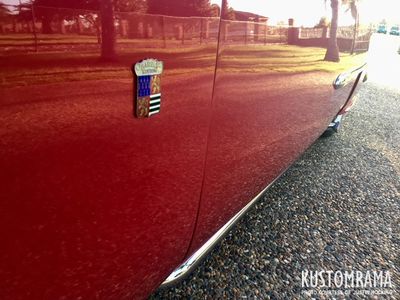 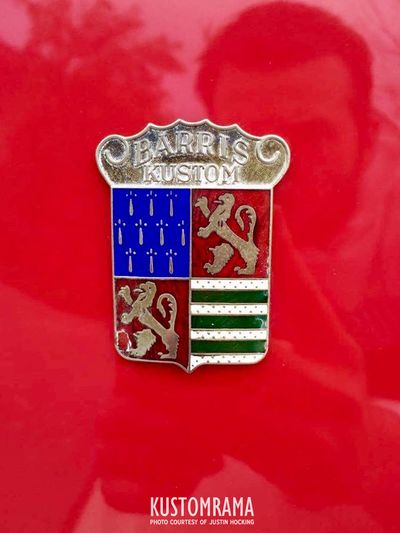 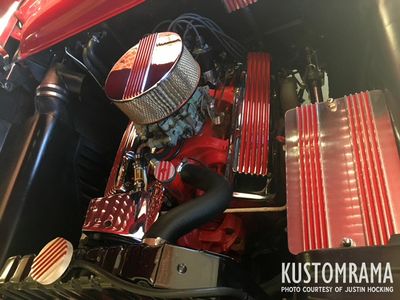 1951 Ford Coupe owned by Justin Hocking of Melbourne, Australia. Johnny Miranda owned the car in the 1980s. Back then the car had been mildly customized, and modifications included a painted 1954 Pontiac grille, a louvered hood, lakes pipes, and frenched and tunneled headlights. The taillights were also frenched in, and it featured a tunneled antenna. It was nosed, decked and shaved for door handles. The gas lid was filled and the doors were push-button operated. Painted red, the car was dressed up with pinstriping, chrome reversed wheels, dual spotlights and Barris Kustoms crests.[1]

In 2010 the car was owned by John Byron of San Gabriel, California. John got the work on the car certified by George Barris while he owned it. John and his wife Gail did the Route 66 Tour at least once with the Ford.[1]

In 2015 the old custom was sold to Danny Canal of Australia. After the Ford had been sold to Danny, George Barris attended a show in Sydney. Danny brought the car to the show, and George told him that he remembered the car and the works carried out on it. A year later Danny sold the car to his buddy Justin Hocking.[1]

Do You Recognize This Car?

Justin is currently researching the history of the car, trying to find out who the original owner was, and when it was restyled. He is also looking for old photos of the car showing it as it appeared after it had been restyled by Barris. Please get in touch with Kustomrama at mail@kustomrama.com if you have any information to share about the car.

Please get in touch with us at mail@kustomrama.com if you have additional information or photos to share about Justin Hocking's 1951 Ford.