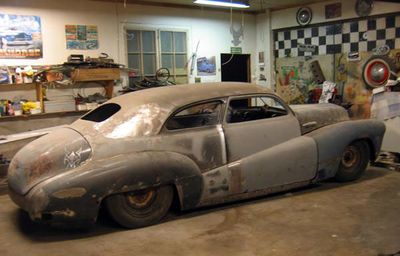 As it appeared after Eivind Hegnastykket had chopped the top in 2001. Photo by Sondre Kvipt 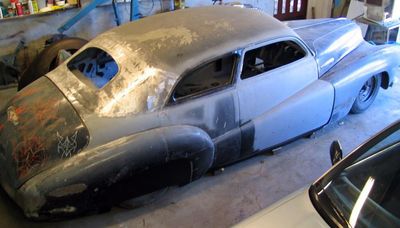 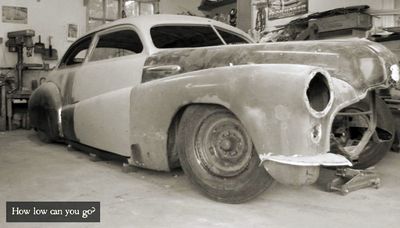 After Jon channeled it in 2001. Photo by Sondre Kvipt 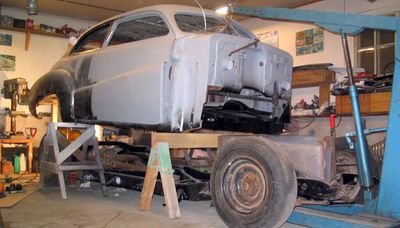 February 2012, After Jon had redid the chop. Photo by Olav Kvipt 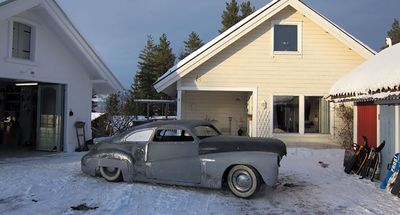 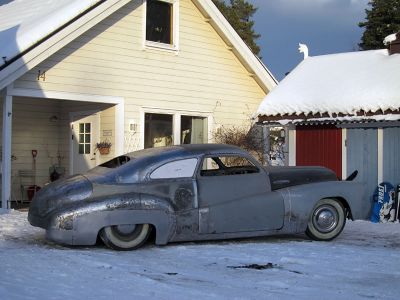 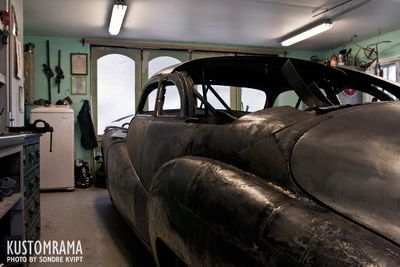 Jon's Buick as it sat in February 2017. Not completely satisfied with the roof, Jon decided to redo the back of the top again. Photo by Sondre Kvip - Kustomrama. 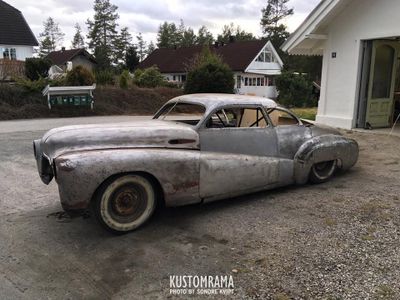 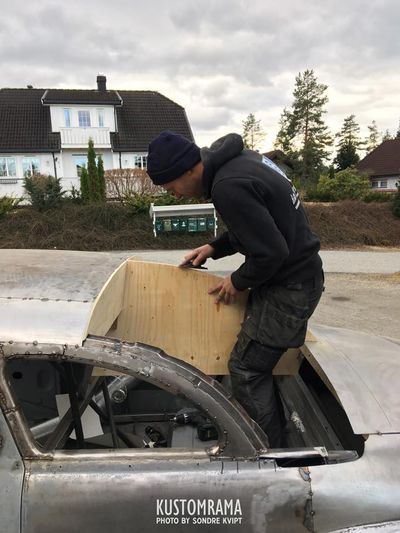 Jon working on a wooden buck for the back section of the roof. Photo by Sondre Kvip - Kustomrama. 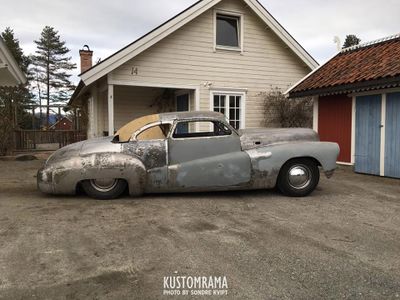 A profile shot of the in-progress roofline. Photo by Sondre Kvip - Kustomrama. 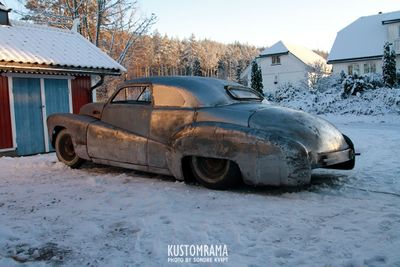 A photo of the Buick taken in December of 2017. The back part of the roof has now been fabricated from the wooden buck. Photo by Sondre Kvipt - Kustomrama.

1946 Buick ex-4-door owned by Coupe Devils member Jon Hegnastykket of Bø in Telemark, Norway. Jon's Buick was sold new in Norway in 1946. The car was owned by the electric and fertilizer company called Hydro in Rjukan, Telemark. The car ended up in Skottfoss, Telemark where it was sold later to Bø. The car sat for years in a field until Jon's brother, Eivind Hegnastykket purchased it.

Eivind converted it to a two door by welding the rear doors shut and lengthening the front doors. Eivind chopped the roof as well while he first was at it. The body was sandblasted and primered. Eivind passed the project to his brother Jon in 2000. Jon had the frame blasted and painted, the brakes overhauled. He installed drop spindles as well to get it further to the ground. Not satisfied with the height, Jon channeled the body 9 inches. Changing style through the years, Jon wanted to build a traditional 1940s custom, so he thought it was to low to be a traditional custom car, so he installed the stock spindles back on. He made new rockers for the car, and a new rear window opening for the car. Not satisfied with the chop that his brother Eivind did, he redid the lower portion of the roof to get it to his specifications. [1]

Please get in touch with us at mail@kustomrama.com if you have additional information or photos to share about Jon Hegnastykket's 1946 Buick.