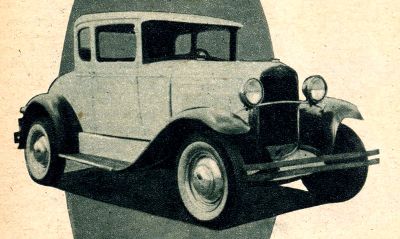 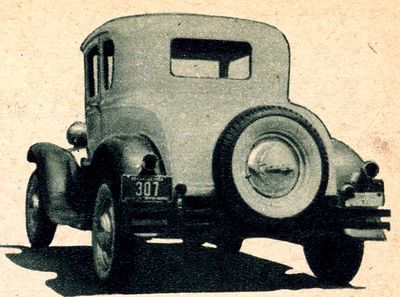 It still looks like a Model-A to us, but the people of Corning, Arkansas thought it was the most exciting thing that had happened since the invention of the hydraulic ping-pong paddle. 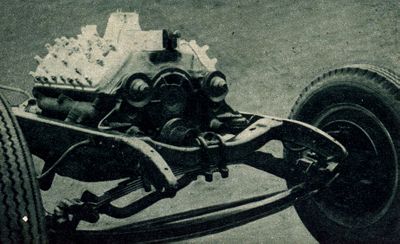 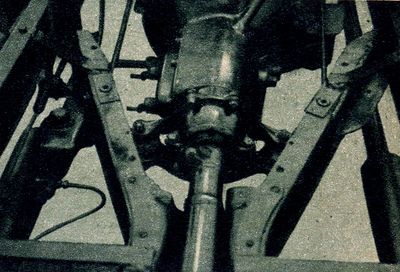 1930 Ford Coupe built by Johnny Conner of Corning, Arkansas. Johnny's friends said it could not be done to install a V8 in a Model-A Ford. Johnny took it as a challenge and began modifying his 30' Ford to a AV8. He knew very well that in California it was not uncommon for a Model-A to be equipped with an engine that not merely doubles, but quadruples the power. The good folks in Corning were handicapped in their judgement of John's project by not having this information. He bought a 1940 Ford to cannabalize it for needed parts. Engine mounts were fabricated from stock and welded to the rails, a V8 85hp flathead was then installed. Crossmember from a 1940 Ford was securely mounted to the A's rails to provide rear engine mounts and for installing the pedal assembly. The front axle was from the 40' Ford partscar, and the spring originated from a 1934 Ford, installed on special hangers. Hydraulic brakes were installed on the coupe as well. The '40 also gave up its column shift to the Model-A. The body was painted 1953 Cadillac "Court Grey", and the fenders contrasted nicely with its 1952 Plymouth "Lido Green". Four months later the people of the town were amazed to see that doubling the power of a Model-A did not necessarily render it a menace to life and limb. John used only a 1953 fall issue of Motorlife magazine as a gude.[1]

Please get in touch with us at mail@kustomrama.com if you have additional information or photos to share about Johnny Conner's 1930 Ford.