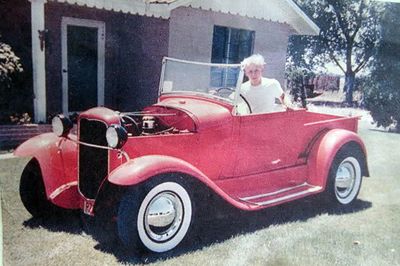 A photo showing how it appeared in the late 1950s or early 1960s. Photo Courtesy of John Svedberg. 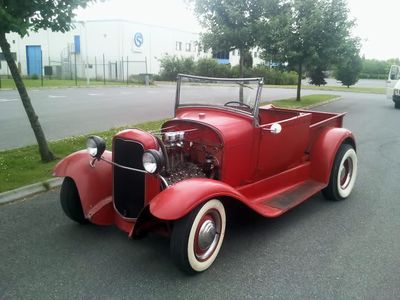 From when John picked it up in Sweden, July 2012. Photo by John Svedberg. 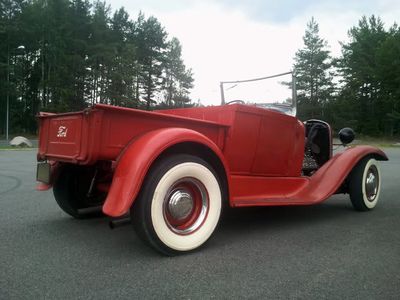 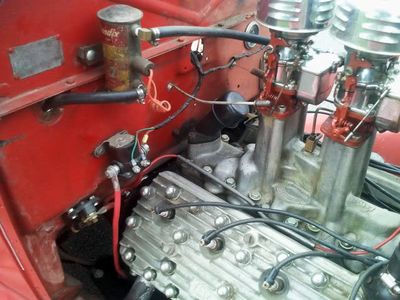 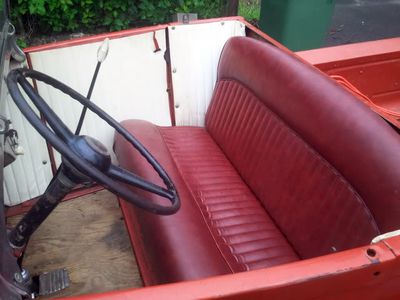 An interior shot of the roadster pickup. John found the shifter under the seat. Photo by John Svedberg. 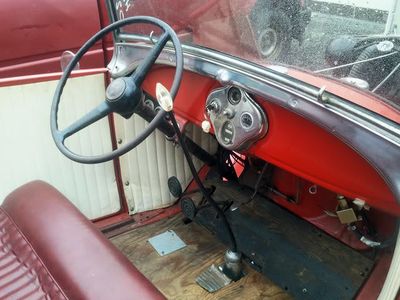 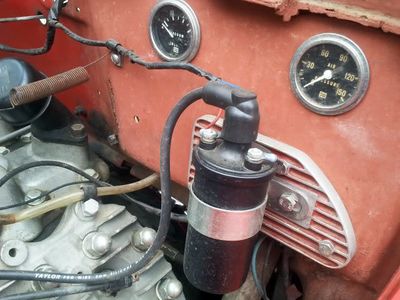 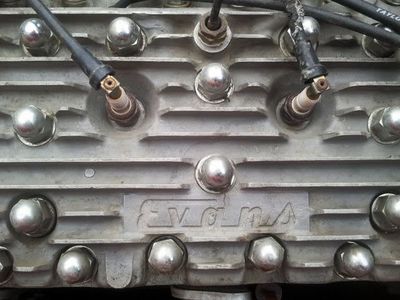 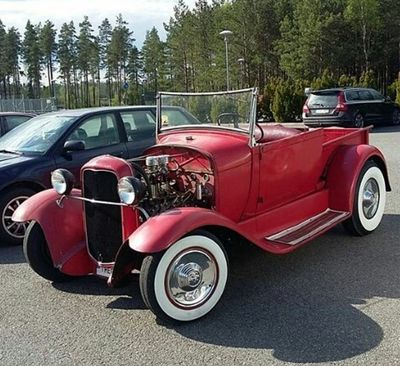 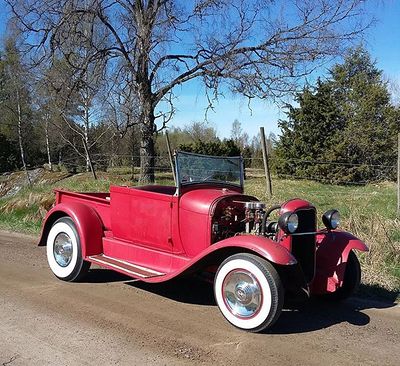 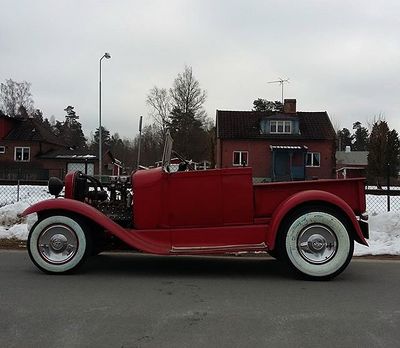 1929 Ford Model A roadster pickup owned by John Svedberg of Vaggeryd, Sweden. John's roadster pickup is an old California survivor Hot Rod. The builder and his whereabouts are unknown, however it is preserved as it was back in the late 1950s. The stock fenders were swapped in favor of a 1930-1931 Ford fenders. A 1932 Ford grille shell was installed as well. The bed was shortened up front just the right amount, and custom wood bows were made to fit the gap between the fenders and bed. The windshield was modified by using the bottom of a windshield frame to create a swag in the top. The headlights were Arrow 775H. It's powered by a 59AB Flathead V8, hopped up with Evans heads, dual Thickstun PM7 manifold and two chromed Stromberg 97's. The transmission orignated from a 1939 Ford, hooked up to the stock rear end. Up front it has a dropped axle fitted with juice brakes from a 1940 Ford. The steering box was updated with a F1 unit. It was upholstered in white Tuck & Roll, and even the running boards were fit with Tuck & Roll.[1]

In 2011 John bought it from Michael Aahl of Castro Valley, California and got it shipped to Sweden. Surprisingly little had changed on the old Roadster Pickup since the late 1950s. The things thats had been changed was a modern alternator, the seat had been reupholstered in red, as it previously was white. Other wheels and caps were installed, and the steeringbox location was changed giving it a different angle on the column. The mastercylinder was mounted on the firewall from the beginning, and the firewall had some cuts and primer. Johns plans was to relocate the steeringbox, fix the column, and change the alternator and modern wiring. His goal was to get it as close to the "original" look as possible. John also made the car more safe on the road by improving vital front end parts and mounts. The homemade transmission mount was trashed and replaced by a better constructed piece, using old Ford components. The axle angle was also modified to 6 degrees positive angle to avoid bump-steer, better bracket for the overhauled F100 steering box, more heavy gauge shock absorber mounts etc. The stock 3.78 gear ratio in the rear end was changed to 3.54 to ease the rpm while highway racing. The exhaust was also re-routed, however all the original pipes and brackets were used.1957 Lincoln hubcaps and fresh whitewalls wrapped up the style.[2]

Please get in touch with us at mail@kustomrama.com if you have additional information or photos to share about John Svedberg's 1929 Ford.