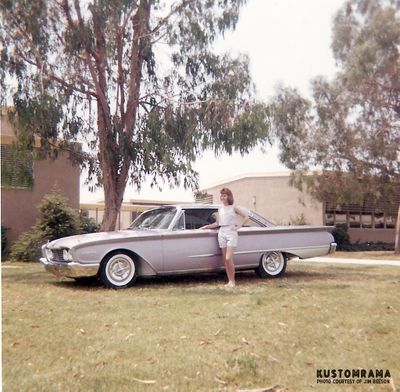 A photo of Jackie with the Orchid Gray version of the Starliner. This photo was taken in front of Paramount High School. Photo courtesy of Jim Beeson. 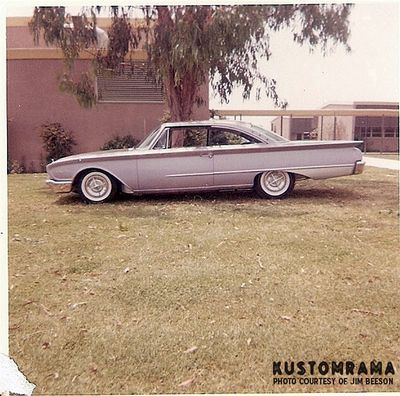 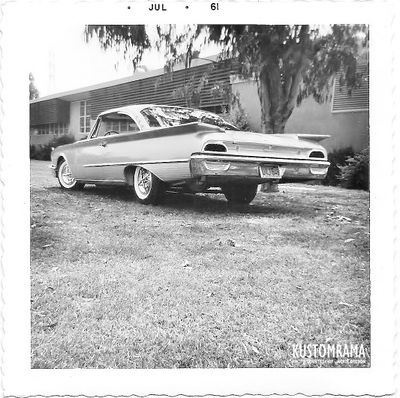 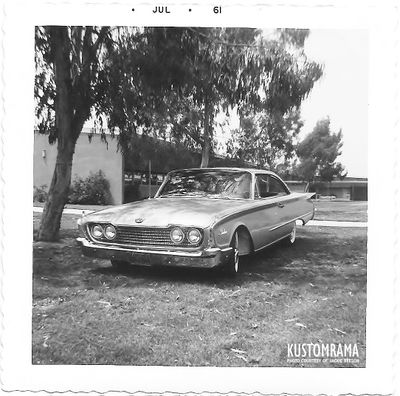 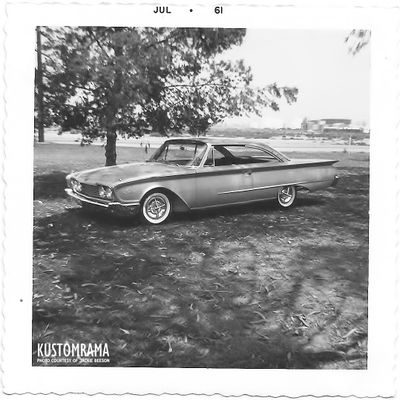 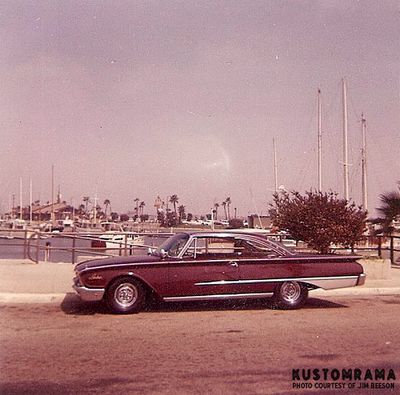 In the fall of 1961, Jim was rear ended on Bellflower Blvd. and decided to change the color of the Starliner to a deep burgundy. This photo was taken at the marina in Long Beach. Photo courtesy of Jim Beeson. 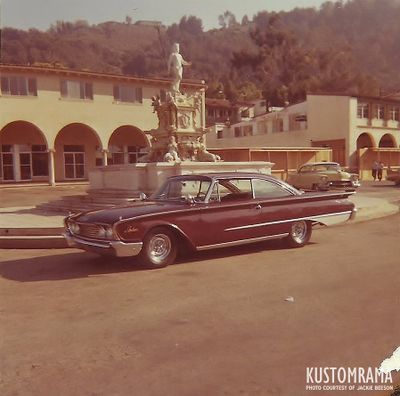 A photo of the Starliner taken in Palos Verdes. Photo courtesy of Jackie Beeson. 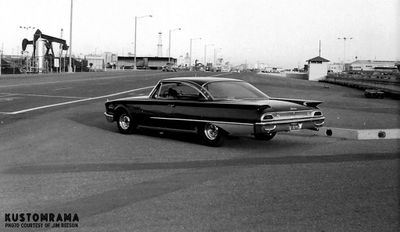 A photo of the Starliner taken in San Pedro. Photo courtesy of Jim Beeson.

1960 Ford Starliner owned by Dutchmen of Paramount car club member Jim Beeson of Paramount, California. Jim bought the Starliner in the spring of 1960, when he was a senior at Paramount High School. Before he bought the Starliner, Jim had a 1953 Plymouth two door that he had lowered and shaved most of the exterior chrome off of. The Plymouth ran fancy hubcaps and a tonneau tarp from the back of the front seat to the package tray.[1]

Jim special ordered the Starliner with power windows, seats, steering and brakes and upgraded to the 352 cubic inch 360 horsepower engine and interceptor suspension. Jim had the Starliner painted Orchid Gray, which was a Ford option. In 2016 Jim's wife Jackie told Kustomrama that Lavender had been her favorite color since the 9th grade; "Jim and I were going together when he turned 16 and I gave him some lavender angora dice as his birthday gift. He didn’t have a car yet, but I thought they were cool. So after being apart for 2 years, when he pulled up in front of my house that day after I called him, I was blown away when I saw the color of his car. Even though he was going with another girl when he bought the Starliner, he remembered."[1]

Jim first installed spinner hubcaps on the car, but got chrome reverse rims when they came out. He lowered the front end, put blocks in the rear end and had 4 large tail pipes hanging below the rear end. According to Jackie, "It sounded so cool when he’d “rap” them. We used to get pulled over so the cops could measure the distance from the bottom of the wheel rim to the ground, and then they would run their piece of equipment under the car to be sure the car was “legal”, meaning no part of the car was lower than the rim. After awhile the cops in our area recognized the car so we didn’t get stopped as much. Before Jim and I got married he bought a 45 RPM record player for the Starliner. It was installed under the dash, and it worked great."[1]

Jim became a member of the Dutchmen in 1959, and he was at the club meeting in March of 1959 when members of the Townsmen car club broke into the building, started a rumble, and killed one Dutchmen member. In 2012 he told Kustomrama that they were just having their meeting, messing around when the Townsmen busted through the door and the windows; "We were outnumbered by about two to one, but to make it even worse the attackers had various weapons, they came fully prepared. I had never run away from a fair fight in my life, but being no dummy, me and my friends got out of there as fast as we could. The Townsmen members, for the most part, were older guys. We were high school kids. I was 16."[2]

After Jim graduated from high school in the Summer of 1960, he began working steady, and he gradually hung out with the kids less and less. He had also moved to Downey, and on the weekends and the evenings that he wasn’t taking college classes, he was usually together with Jackie. In the fall of 1961, Jim was rear ended on Bellflower Blvd. and decided to change the color of the Starliner to a deep burgundy. Jim and Jackie used to cruise from town to town, visiting the different drive-ins like Hody’s in Long Beach, the A&W in Bellflower, Harvey’s Broiler in Downey, Jerry’s BBQ in Compton. They especially liked going up to Hollywood to cruise.[1]

Please get in touch with us at mail@kustomrama.com if you have additional information or photos to share about Jim Beeson's 1960 Ford.