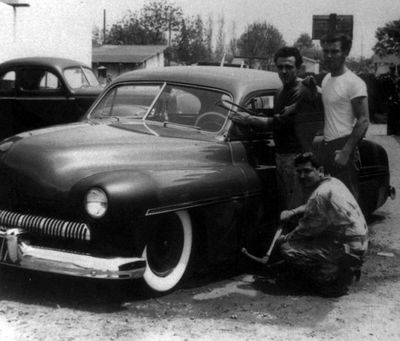 Sam Barris, George Barris and Jerry Quesnel ready to chop the top. This photo is taken at the 11054 Atlantic Ave. Shop. 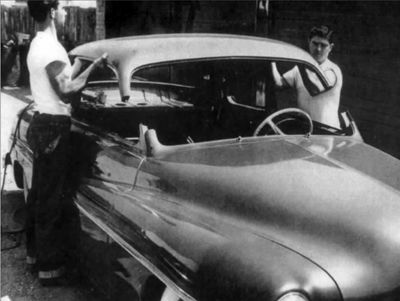 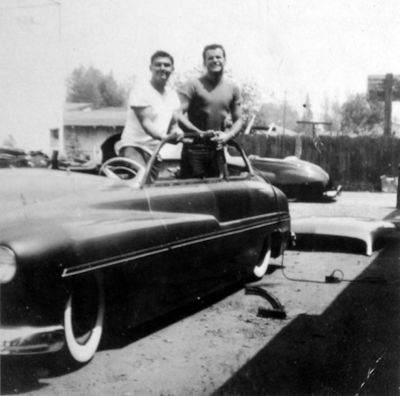 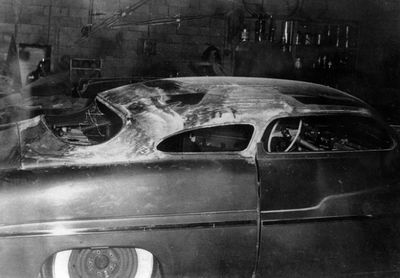 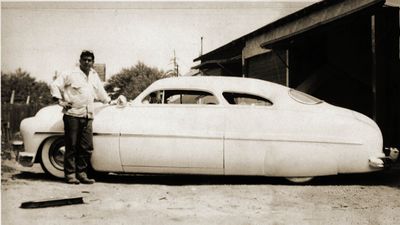 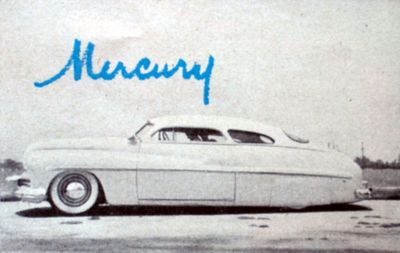 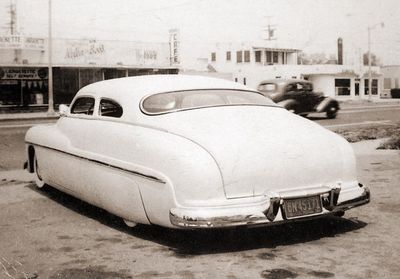 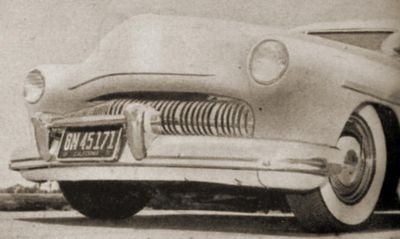 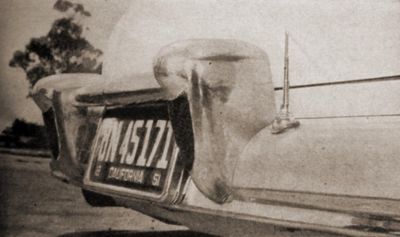 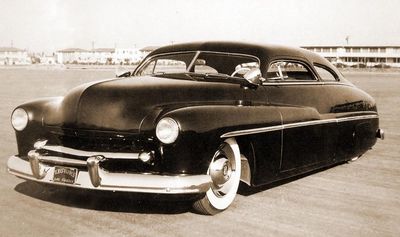 The car after it was painted purple. Photo by George Barris. 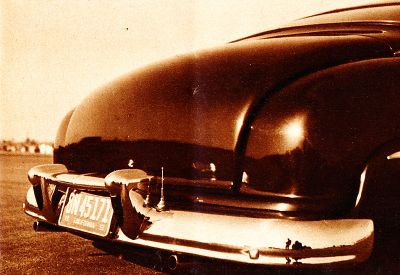 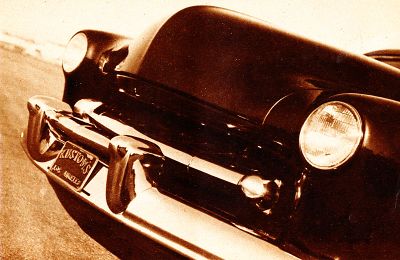 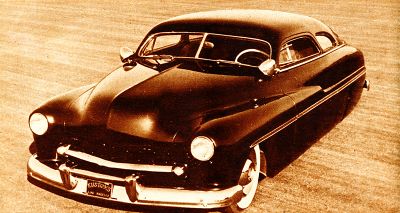 1949 Mercury restyled by Barris Kustoms for Jerry Quesnel of Venice, California. November 1949, twenty year old Jerry bought a brand new blue 1949 Mercury. He was working afternoons and evenings at Barris Kustoms at the time, and had Sam Barris to chop the top on his new car.[1] According to Jerry, Sam Barris chopped the top on this car before he chopped his own 1949 Mercury. The top was chopped 4 inches in the front and 7 inches in the rear. The B-pillars were rounded and angled, and the drip-rails were removed for a cleaner appearance. Sam molded in the grille shell, frenched the headlights and created fender skirts out of sheet stock. The hood was de-chromed and the door handles were shaved. All door corners were molded, as were the pan creases. The stock rear windshield was replaced by a 1950 Mercury unit. The gas filler pipe was removed into the trunk. The stock taillights were removed and new ones were fit into the bumper guards. The custom made lenses were made out of red Lucite. Jerry wanted his Mercury low, the springs were removed, inverted and had lowering blocks positioned. Spring hangers were cut, heated and moved closer to the frame.

Together with its chopped top, it appeared as an ultra low custom. The ground clearance was only 2 inches. The only person Jerry let drive the car was Sam Barris, because he knew how to enter driveways with a low car. Inside, the dashboard was chromed, the interior was done in blue and grey mohair fabric. Dual spotlights were added, giving the roof an even lower appearance. Jerry drove around a while with the car primered in white before he painted it with 32 layers of dark purple. He color sanded it between each layer. The molded-in grille was replaced by a custom grille similar to Sam Barris' 1949 Mercury, made out of 1951 Ford components. The stock hubcaps were replaced by 1949 Cadillac Sombreros. Jerry also added a special radio antenna on the rear bumper, when fully extended, it was 10 inches long.[2]

Please get in touch with us at mail@kustomrama.com if you have additional information or photos to share about Jerry Quesnel's 1949 Mercury.