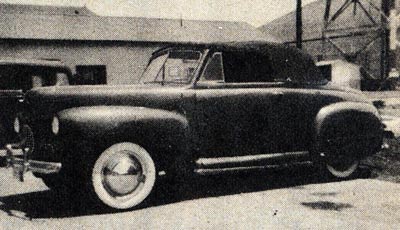 Ray Furgal and Ron Seaver's 1941 Ford Convertible of Tokyo, Japan. Built from a wrecked convertible, Ray and Ron were stationed in Tokyo, Japan when they built the car. The completed build was featured in the "Letters" section of Car Craft January 1955. 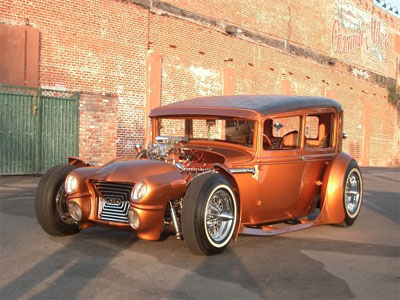 Junichi Shimodaira's 1930 Ford Model A Tudor Sedan of Nagoya, Japan. The car, known as Rod Riguez was built by Junichi at his shop Paradise Road. The first version of Rod Riguez was completed in December of 2002. 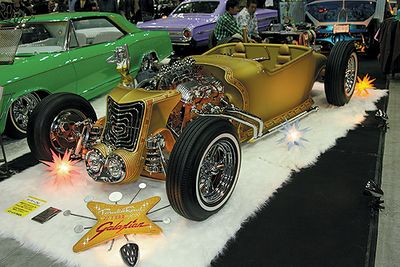 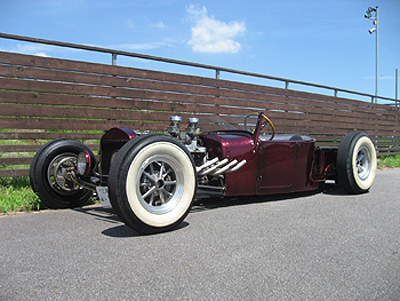 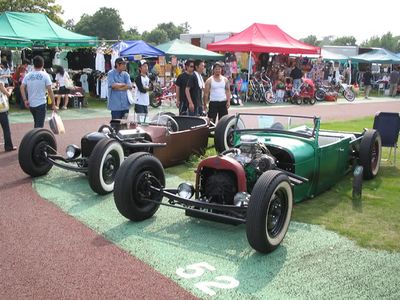 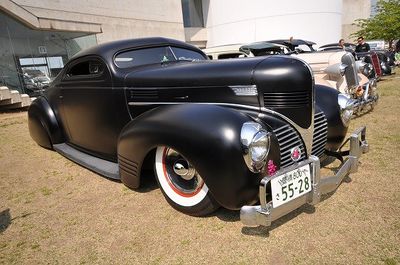 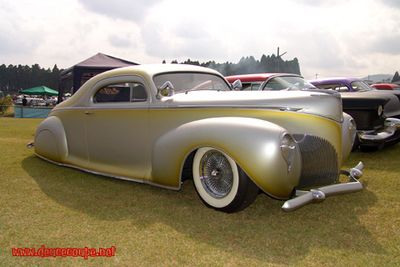 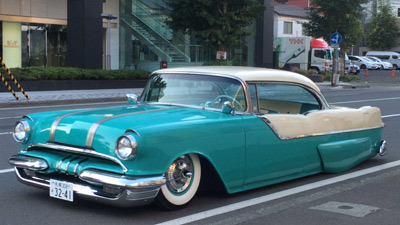 Atsushi Nishimura's 1955 Pontiac of Sapporo, Japan. Atsushi is a member of the Glitter C.C. This photo shows an early iteration of the Pontiac as it appeared in 2014. Photo courtesy of Atsushi Nishimura. 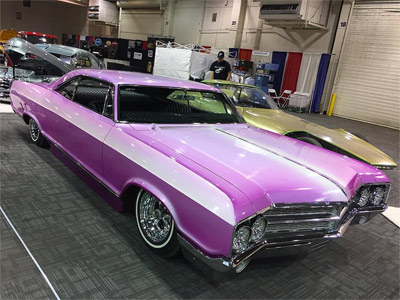 Wheels Unlimited's 1965 Buick LeSabre of Japan. Restyled by Winfield's Custom Shop, the build was completed in 2017, featuring one of Gene Winfield's signature fadeaway paint jobs. The car made its debut at the 2017 Grand National Roadster Show. 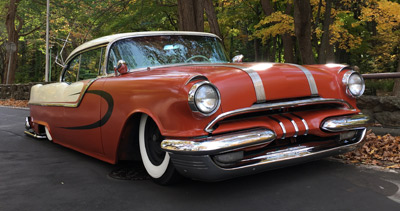 Atsushi Nishimura's 1955 Pontiac of Sapporo, Japan. Atsushi is a member of the Glitter C.C. This photo shows the Pontiac as it appeared in 2019, after 296Japan had given it a Mid-Century Modern inspired boomerang paint job. Photo courtesy of Atsushi Nishimura. 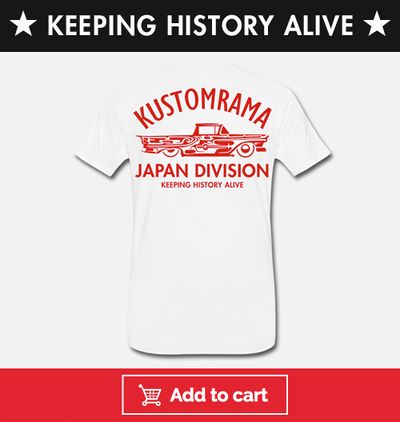 In 1968 Dean Moon was contacted by Don Nichols to build engines for the Japanese car manufacturer Nissan which was planning to install them in their R381 Grand-Prix Cars. Dean put Fred Larsen to work and had him build 5.5 liters small-block engines. The whole team flew over to Tokyo to attend the race and help out in the pits. Nissan and the Moon-tuned Chevrolet engines won the Grand-Prix that year, turning Moon into a famous brand in Japan.[1]

According to Shige Suganum, "Moon was pretty famous in Japan in the sixties," and he and many other kids knew the logo well as they were growing up. Moon was present in Japan from 1968 and well into the 1970s. In 1983 Shige becomes friends with Dean Moon, and he starts importing and selling Moon discs, t-shirts, and other Moon merchandise in Japan. In 1986 he opens up his first shop in Yokohama. "MOON wasn't popular anymore back then," he told Laurent Bagnard in 2009 when he interviewed Shige for the book GO with MOON! - 1950-2010. "Back in '68 it was pretty popular in Japan. in '72/'73 it disappeared, so everyone thought it was gone, there was no more MOON in the market in Japan at all." A year later Dean Moon passes away. His wife Shirley took over the business, running it until she passed away in 1990. After Shirley passed away, Shige ends up buying Moon, and he continues running the business both in California and Japan.[1]

Please get in touch with us at mail@kustomrama.com if you have additional information or photos to share about Japan.