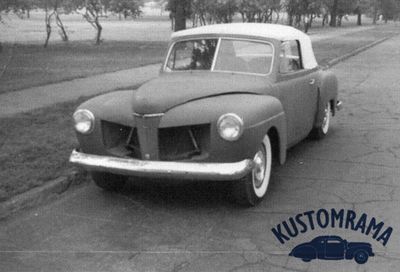 An under progress photo of the Merc dated July 1955. This photo was taken by Patton Park in Detroit. Photo courtesy of Bob Ashlock. 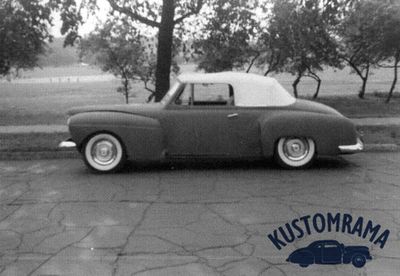 The Merc was sectioned and channeled to make it look more like the European influenced 1941 Lincoln Continental. Photo courtesy of Bob Ashlock. 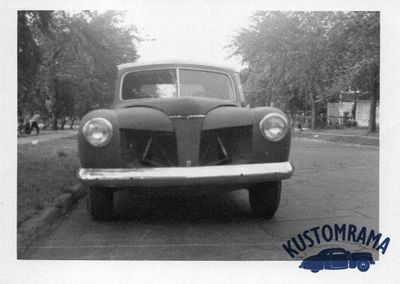 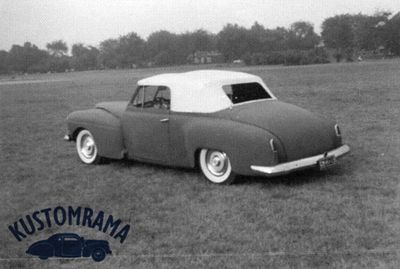 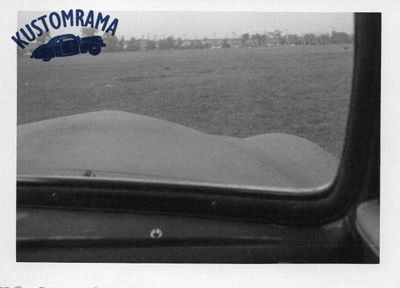 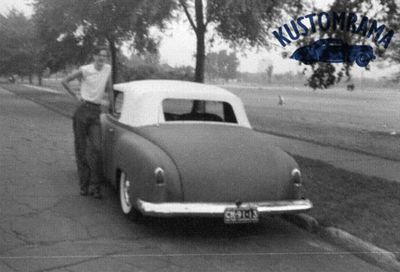 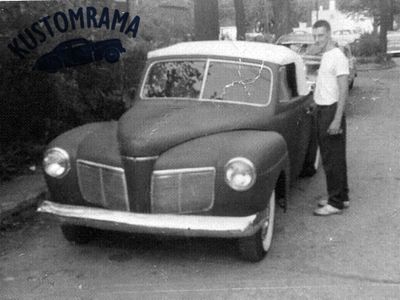 A photo of Jay next to the Merc. The photo, dated October of 1955, was taken in an alley by Bob's house. Photo courtesy of Bob Ashlock. 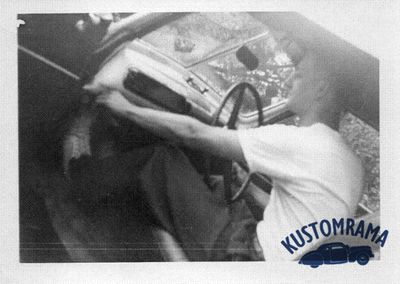 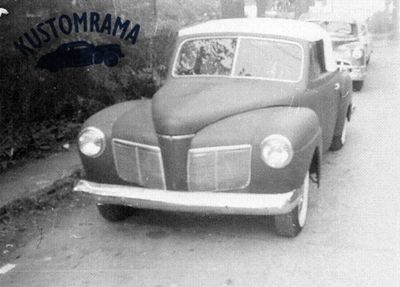 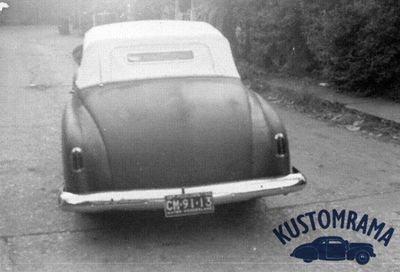 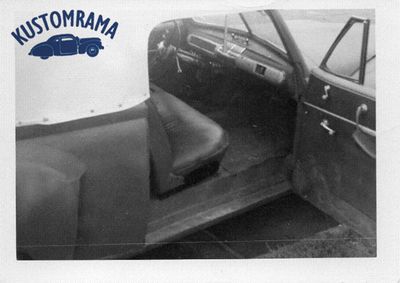 1941 Mercury Convertible owned and restyled by Jack "Jay" Telnack of Detroit, Michigan. The Merc was the first car Jay ever owned. After graduating from Western High School in 1954, Jay and some friends[1] sectioned and channeled the Merc to make it look more like the European influenced 1941 Lincoln Continental.[2] The car was done in Jay's dad's garage. Jay got hold of an acetylene torch, blasted six inches out of the firewall and dropped the body over the chassis. The stock flair over the running boards were replaced with rocker panels, and the front fenders were raised.[1] The steering wheel was so low it rubbed a hole in his pant leg while he was cruising out to California. No matter, "I was really cool," he says.[3] Bob Ashlock, who went to school with Jay, helped during the build and it was here he first learned to weld. The deck lid and hood were shaved, and the rear of the car was modified by crafting on a pair of 1950 Dodge rear fenders. Bob believes the car was done over the course of a year. Jack never completed the build, all the bodywork was roughly done. Bob has several photos of the car dated July and October of 1955, these were propably taken shortly before Jay left for California. Jay drove the car to Los Angeles and back several times while attending the Art Center Design School. The car was sold in California later on in the 1950s, and according to Jack it has not been seen since. Jay went on to become head designer at Ford Motor Company where he is credited for the Taurus and the Sable.[1]

Bob Ashlock, who helped Jay build the Merc back in 1954 - 1955 is currently looking for the whereabouts of the car. If you know what happened to it after Jay sold it, please contact us at mail@kustomrama.com.

Please get in touch with us at mail@kustomrama.com if you have additional information or photos to share about Jack Telnack's 1941 Mercury.