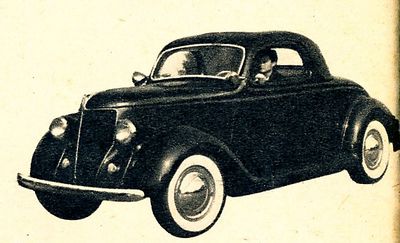 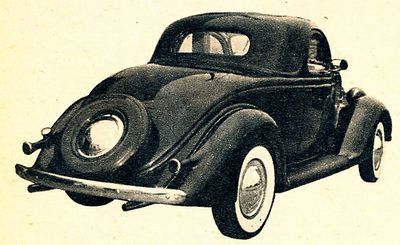 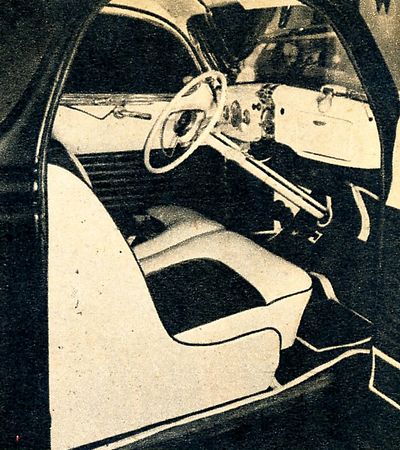 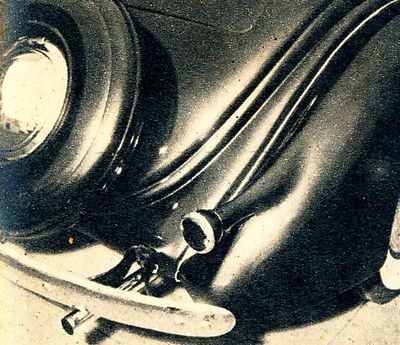 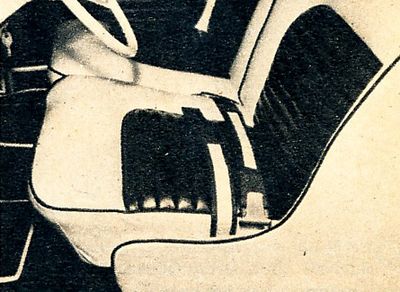 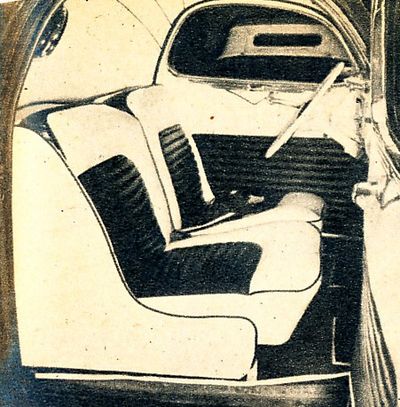 1936 Ford 3-Window Coupe restyled by J & G Custom Shop in California for Jack McNeil of Los Angeles, California. Jack bought the coupe for $500, his intension was to use it as a parts chaser for his upholstery shop. The body alterations were kept very conservative, such as a nose and deck job, and removing the door handles. The stock hood sides were replaced by solid hood side panels to achieve a cleaner look. The stock taillight extension arms were molded to the fenders as well, and the spare tire was relocated a bit lower than stock to make the rear end appear longer. Dual Appleton spotlights and Moon hubcaps wrapped up the style. However, Jack wanted the car to represent his work as well! The upholstery was done in rolled and pleated maroon and white Naugahyde to match the maroon exterior. The headliner and side seats panels were treated simply in white with maroon piping. The seat belts were also pleated and trimmed, and the door panels carried the same upholstered pattern ad the plush seats. The car cost Jack a total investment of $500.[1]

Please get in touch with us at mail@kustomrama.com if you have additional information or photos to share about Jack McNeil's 1936 Ford.