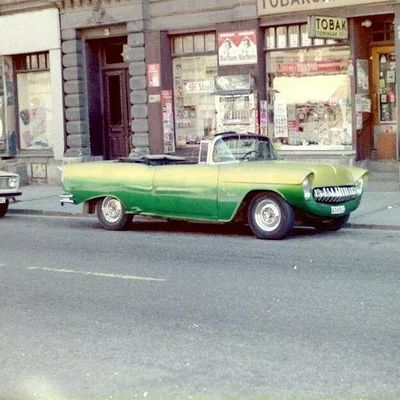 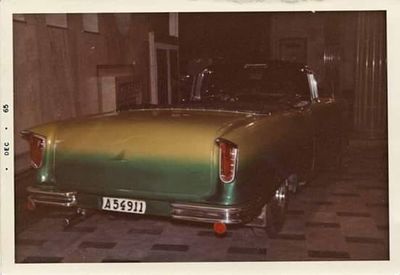 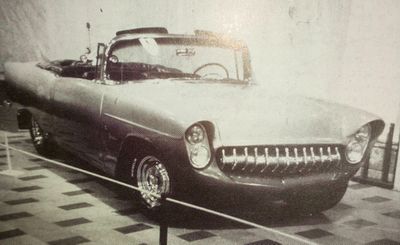 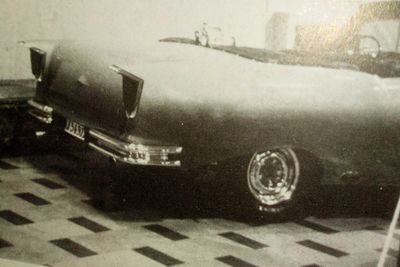 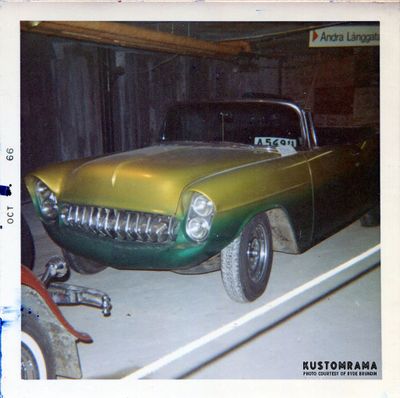 A photo of Inge's Chevrolet taken at the 1966 Hot Rod Festival Masthugget. Photo by Ryde Brundin, courtesy of Maths Pålsson. 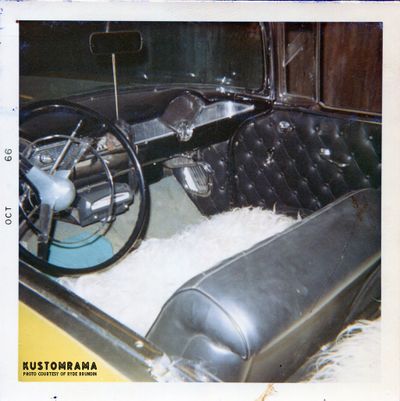 The car initially was bought new by ship-owner Erik Brodin in Stockholm.


After some owners in between, Inge Carlberg got it in 1964 and started customizing.
The cabriolet body is very modified with a custom front, headlights and taillights. It was painted in yellow and green tone.
Chrome-reverse wheels.


The car was displayed at Hot Rod Show as seen on the pictures. We don't know exact year.


The new owner started a complete restoration of the car back to original shape and it is now owned by Roger Andreassen in Uppsala.[1]


Unfortunately all customs could not be saved.

Please get in touch with us at mail@kustomrama.com if you have additional information or photos to share about Inge Carlberg's 1955 Chevrolet-"Shadow".