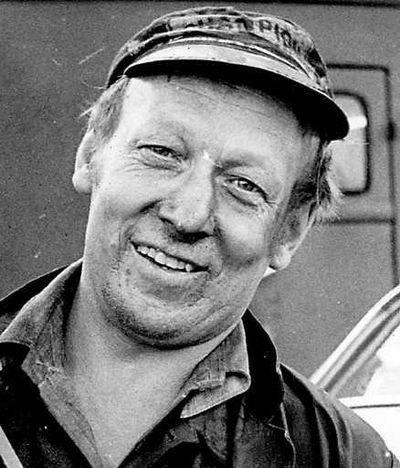 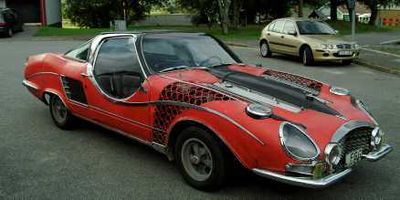 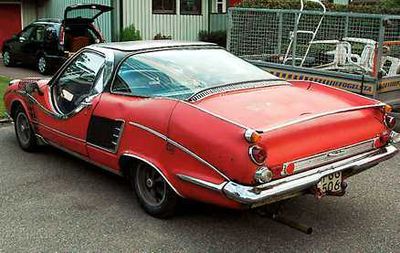 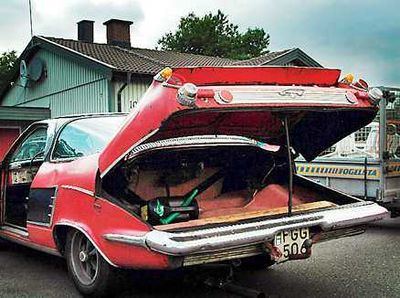 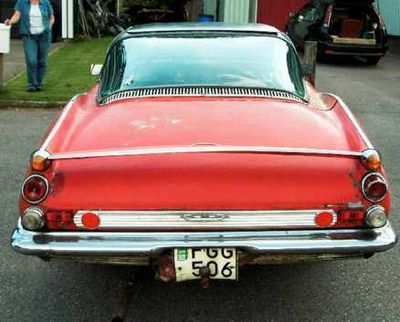 This is a story of a unique man from Småland, Sweden.
Hilmer Svensson, born 1932 was an inventor, engineer and full of craftmanship in whatever he did.
His life is full of myths and stories of what probably many things can be doubtful.


In the 1970s his health became weaker as his kidneys didn't work as they should. For the last 20 years he had dialyses. He did two transplantations but they both repelled.
He went abroad to find a donator but didn't succceed. A Youtube video is made of his last years:
https://youtu.be/SLkAoHs9u1o


Hilmer's car shop was located outside of Forserum, which is a couple of miles outside Jönköping. Here Hilmer worked for decades according to the slogan "det ordnar la säj" meaning in English approximately "It will all work out well"!


The car you see here is an example of his attitude to problems.

Some other things he achieved:

In total, Hilmer built seven different dialysis machines, ranging from portable items that were carried on the back to devices that were connected to the car. This way he could get dialysis while driving - even during his holiday in Spain.

The car was a Chrysler Valiant 1961 or 1962 that ended up in the ditch and became so dented that not even Hilmer wanted to repair it.


Since the car was only four years old, with both the chassis and mechanics in excellent condition, he bought the vehicle and cut off all the crumpled sheet metal.


Then he went out to the car junk-yard and found new parts. The hood was picked from a Jaguar E-Type, but the overhang of the front wheels was too large so it was cut a few decimetres while the radiator grille from a Hudson was fitted.


In order for the car's lines to harmonize with the Jaguar hood, the windscreen was taken from a Pontiac, the rear window from a Plymouth Barracuda and the upper parts of the rear fenders were modified with the help of Volvo P1800 wings decorated with taillights from Chevrolet Impala. The doors were welded together.


During the work, Hilmer began to look at an Opel Rekord and discovered that the roof fit exactly on the construction, but across!
As the finishing touch, the Opel roof was fitted with a large sunroof.


The rear side doors of the Valiant could not be used because the large rear window also served as rear side windows. Therefore, the front part of the front door was welded together with the rear part of the back door.
The curved glass surfaces came from a P1800 whose windshield was split in the middle. The result was side windows that could not be cranked down.
Instead, the front part is pushed sideways. The interior was also mostly taken from the P1800, except for the top of the dashboard which was picked from the same Pontiac as the windshield.


The Valiant's taillights disappeared during the modification at the rear but proved to be excellent to mount on the Jaguar front. The red glass of the taillight was changed to white and thus became a perfect turn signal lamp!

Not everything was completely successful

The construction was now almost complete, the body was painted red with a black roof and the stripe around the large door windows was cut out of aluminum. The car test was not a problem either.
For this happened in 1968, when all laws and clauses were still generous towards rebuilt cars. Since everything under the shell was in original condition, the car was still called the Chrysler Valiant.


Hilmer eventually discovered that not all of his design solutions were really successful. After four years of diligent use, it was therefore time for an update.
Point one was the hood, which could not be folded up very high. Hilmer therefore welded it all over, sawed up a large hole over the engine and used the sheet sawn-off as a hood.
At the same time, holes were drilled to fill oil and coolant water directly through the hood!


The side windows were another problem. At higher speeds it blew from the windows and rain water seeped in. Hilmer scrapped his entire clever construction.
Instead, plexiglass windows was mounted to cover the entire opening and on the driver's side, the window lift was replaced. But the window could only be cranked down halfway, as it got stuck in the door.


It's hard to know where Hilmer got all his inspiration from. As for the folding auxiliary lights however, he was influenced by Lamborghini Miura's headlights that appear to shine straight up into the sky.
But when the light is switched on, they are angled forward and look like frog eyes. Hilmer's variant became even more extreme with lamps on three decimeter long struts.
The raised headlights thus ended up half a meter above the body! The lifting device itself was arranged with a starter motor and the planetary gear from an outboard boat engine.


When it came to the exhaust system, Hilmer went his own way and manufactured pipes with three long chrome-plated exhaust pipes. In order for them to be visible,
he cut a hole in the screen and welded a strong grid there.
At the same time, the interior got a little more stuff from the P1800, a vacuum meter of its own construction, armrests and glove compartment from Renault 16 and a spoiler between the rear fenders.
Thus, the car had got the look it still has today.

Hilmer used the carriage daily throughout the seventies, a total of more than 20 000 miles. It was during these years that he began to have health problems.
When it was time for the renovation of the Valiant, there was no energy left and the car was put away.

Thirteen years later, Janne Möllerström in Nässjö bought the car. After a lot of work with brakes, rust and everything else that happens with an aging car, he went to the car inspection.
The inspectors was chocked! According to today's paragraphs, the car is no longer a Chrysler Valiant and Janne is stuck in a moment 22 dilemma.
For those who today modify a body so drastically may only do so for their own use and then register it as a rebuilt vehicle. But it is impossible to register a car built by someone else.
On the other hand, buying a modified wagon that the builder has registered is fine.

We are not fully sure if the car did pass the inspection. New rules and possibilities for modified vehicles came 1982 with SFRO.
An attempt to register the car was done 2004 in Jönköping where it unfortunately didn't pass.


Since 2011 it is owned by Per Anders Göte Karlsson in Aneby.

Please get in touch with us at mail@kustomrama.com if you have additional information or photos to share about Hilmer Svensson's Chrysler.