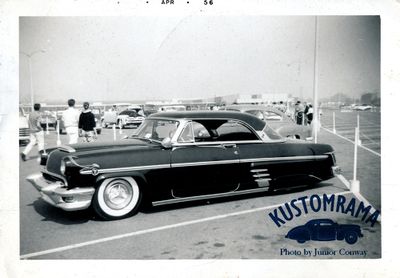 The first version of Herb's Merc as it appeared in 1956. Photo courtesy of Junior Conway. 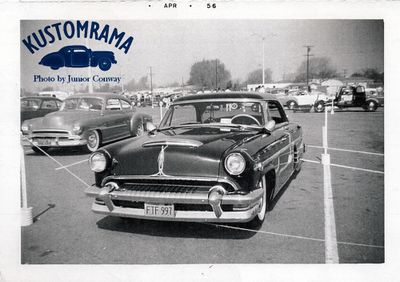 Herb had Earl Harman and Dean Jeffries pinstripe the car after he had painted it black with a red top. Photo courtesy of Junior Conway. 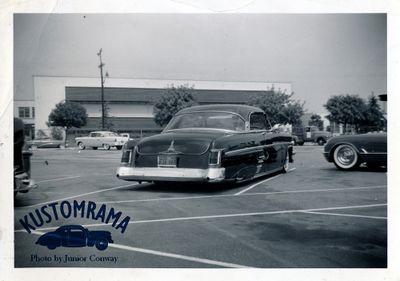 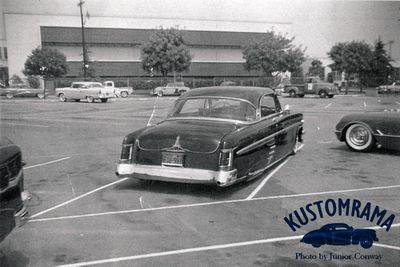 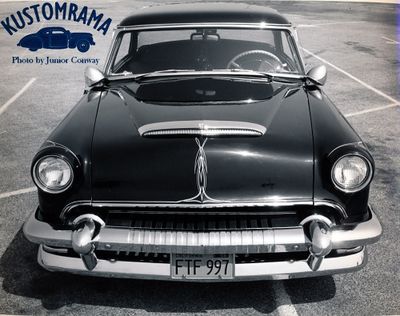 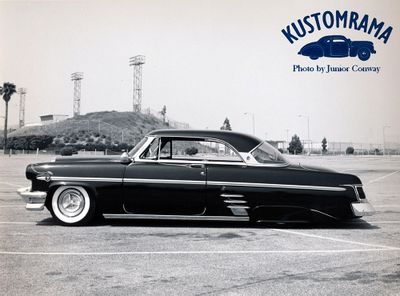 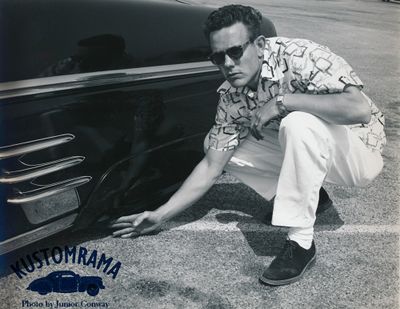 Herb showing the height of the Merc. Photo courtesy of Junior Conway. 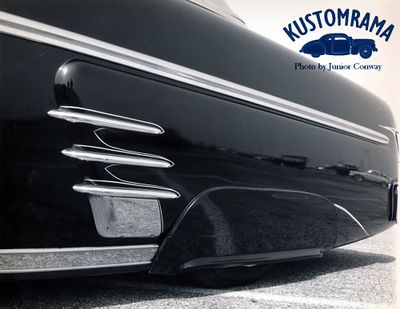 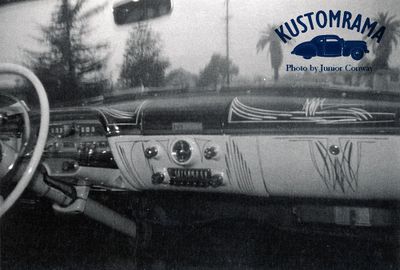 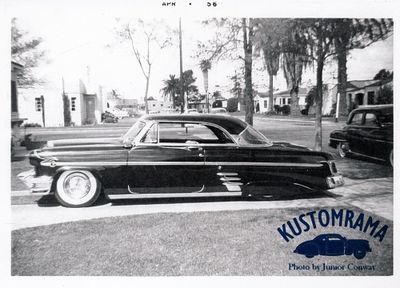 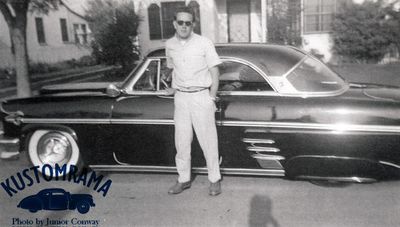 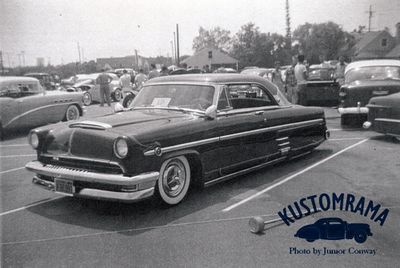 The Merc as it appeared after the bumper guards were removed around 1957. Photo courtesy of Junior Conway. 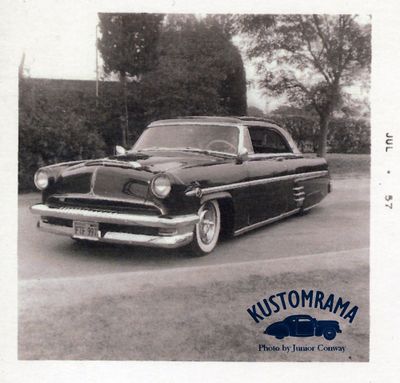 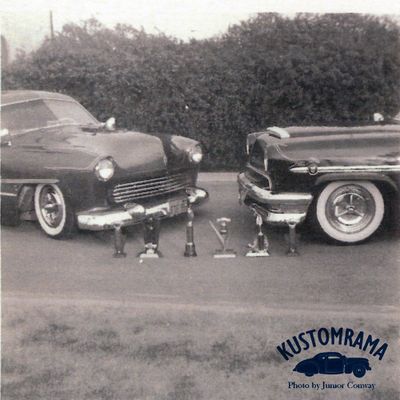 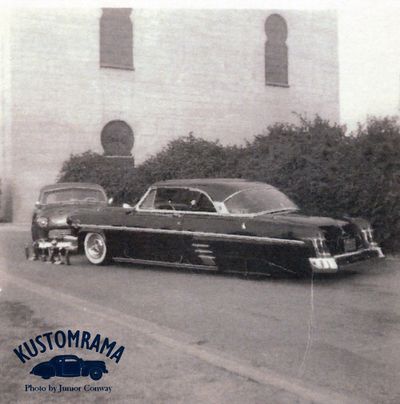 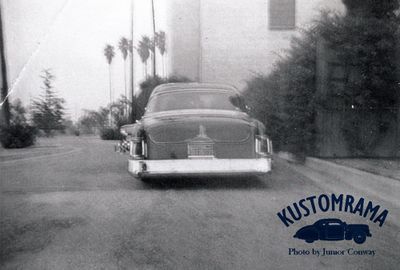 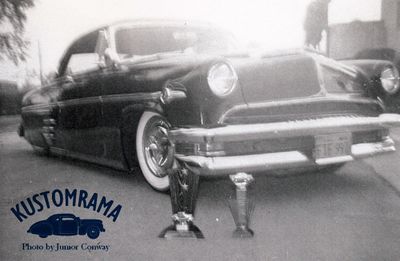 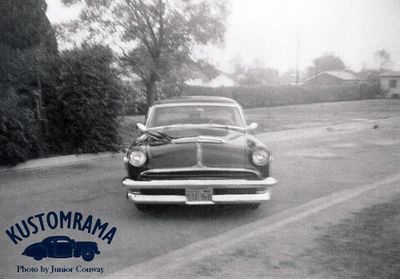 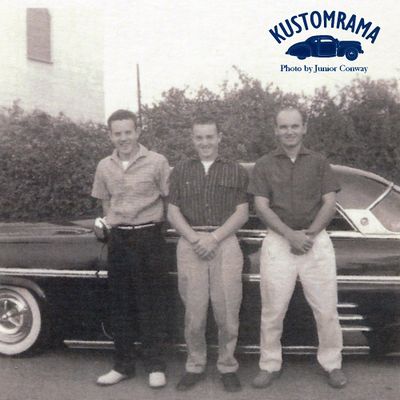 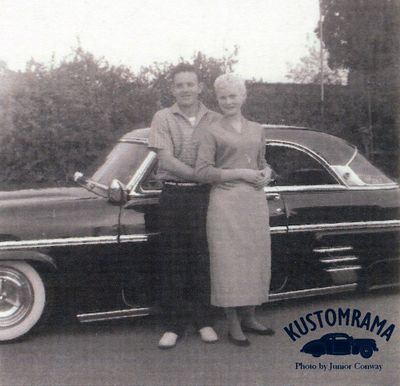 Herb and his girlfriend.Photo courtesy of Junior Conway. 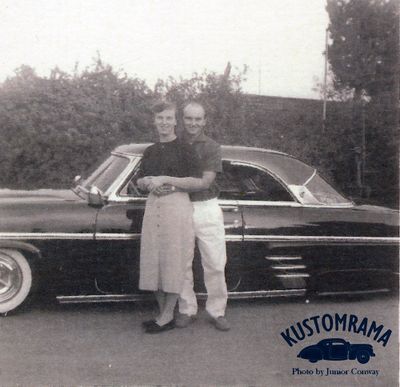 Don and his girlfriend. Photo courtesy of Junior Conway.

1954 Mercury owned by Herb Conway of Lynwood, California. Herb bought the Merc in December of 1954, after he had sold his mildly customized 1950 Ford to his little brother Hersh. The car was nosed and decked, before Herb had Kinch's Body Shop on Paramount Blvd, south of Alondra Blvd, paint the car black enamel with a red top. Earl Harman of Earl's Custom Shop in Lynwood pinstriped the car afterwards. Dean Jeffries added some striping as well, however the stripes that Earl applied earlier remained. The car was lowered with a stance that brought the skirts to within four fingers of the ground. The car was low, but he used it everyday. A set of Appleton S-552 spotlights and Oldsmobile Fiesta hubcaps were used to dress up the appearance of the car. Black fuzzy dices were hanging from the rear view mirror. Bob Hirohata had a connection with the DMW, and he managed to get Herb the license plate number FTF 997. In the beginning, the bumper guards were relocated closer to the fenders so the front end would appear wider, later on, around 1957, he decided to remove them. Herb sold the car in 1957, in order to buy a 1957 Ford.[1]

Please get in touch with us at mail@kustomrama.com if you have additional information or photos to share about Herb Conway's 1954 Mercury.