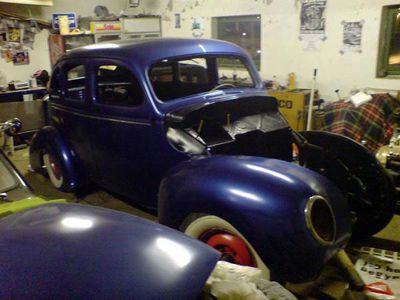 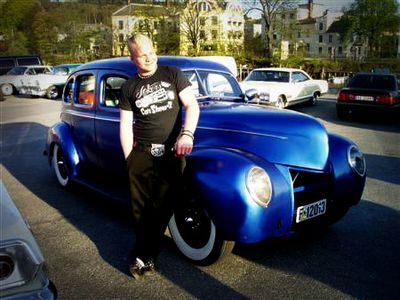 Hans Ola next to his Ford. 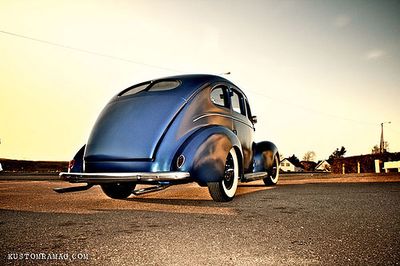 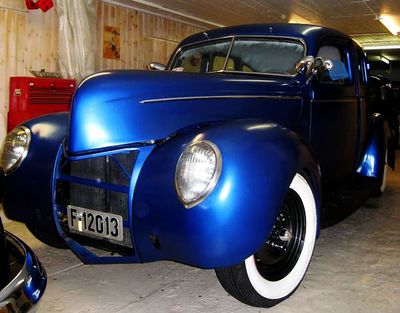 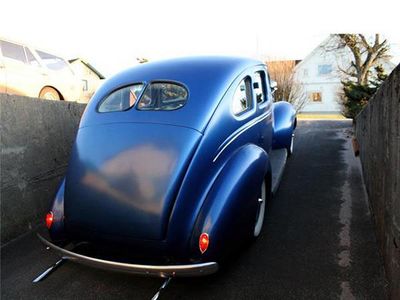 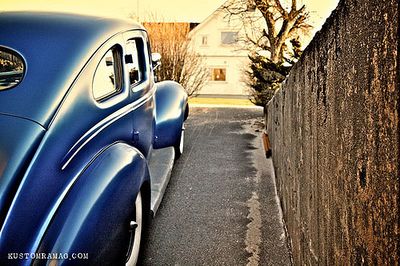 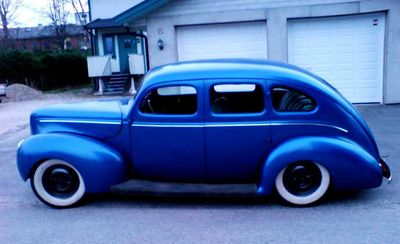 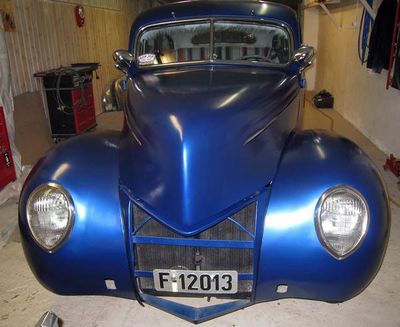 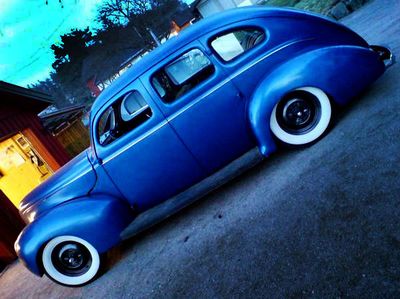 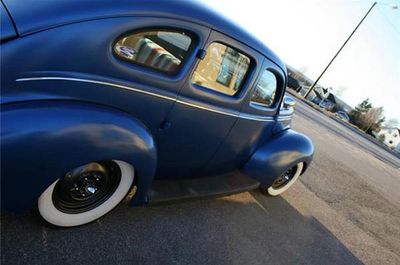 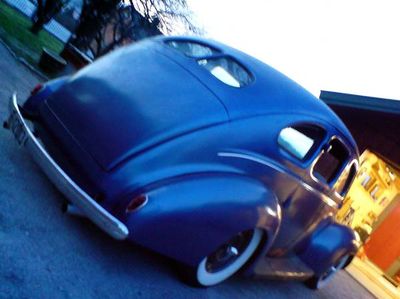 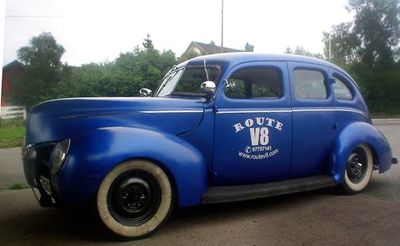 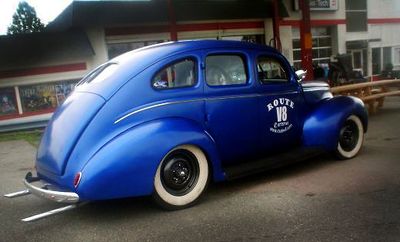 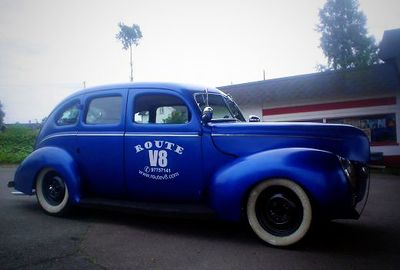 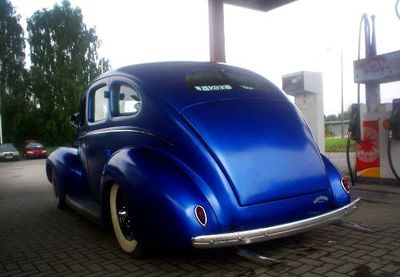 1939 Ford 4-door Sedan owned and customized by Coupe Devils member Hans Ola Christensen of Rakkestad, Norway. The car was Hans Olas first car which he bought 15 year old in 2002. The car had been in Norway since 1939, but was actually never sold from a dealership. When Norway was occupied during WWII, the Nazis stole the car from the Ford dealership in Oslo during the war. The Nazis managed to overheat the engine, and the car broke down on the countryside. The Nazis just dumped it on the side of the road. A farmer lived nearby and spotted the car. A year went by and he realized that nobody owned it, so he brought the car home. It was registered for the first time in Norway on October 17th, 1946. The grandchildren of the car used it as a playground. One of the things the kids like best, was to jump on the top. In the 1960's, the ol' Ford ended up in the wrecking yard, not once, but twice! Fortunately, it was saved both times.[1]

The car was used as a "Raggarcar" in Østfold for a long time, and Hans Ola got hold of the car as a worn out beersled. The windows were smashed, and the floor in the luggage compartment was made from aluminum pieces that were screwed together. The eager 15-year old welded all the rust and made it up and running again. The engine was a newer fresh 1940's flathead. All four fenders were welded free for rust, and the back apron was bought new and installed. The luggage-compartment floor was made new from scratch. He nosed, decked and shaved the car for door handles to achieve a cleaner look. The car was lowered up front by installing a dropped axle, and Hans Ola made longer shackles in the rear to make it real low. He also upgraded the brakes with 1948 Ford brakes. The car was fit with Firestone bias-ply on steel rims to wrap up the style. Hans Ola sold the car in 2008.[1]

The new owners were in charge of Route V8, a clothing shop in Hamar, and put their companys logo on each front doors.

Please get in touch with us at mail@kustomrama.com if you have additional information or photos to share about Hans Ola Christensen's 1939 Ford.