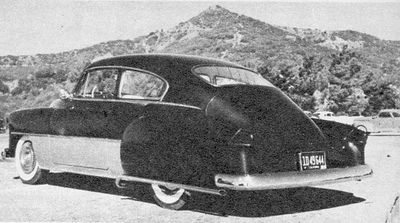 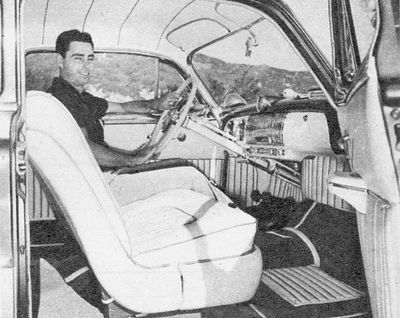 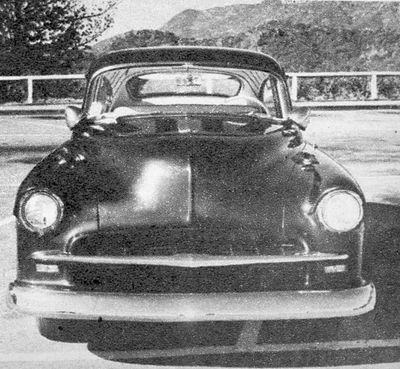 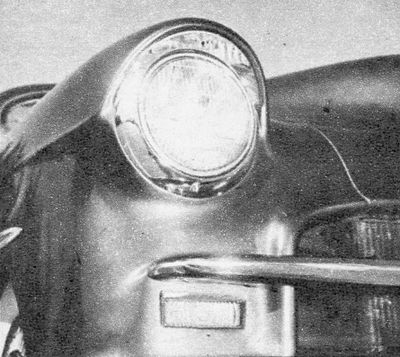 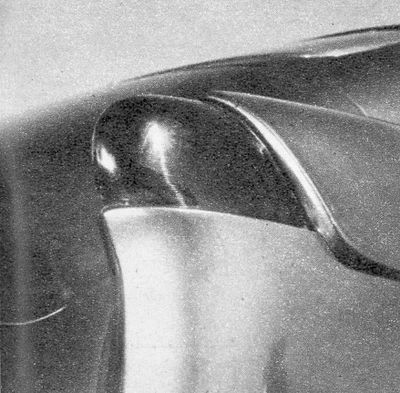 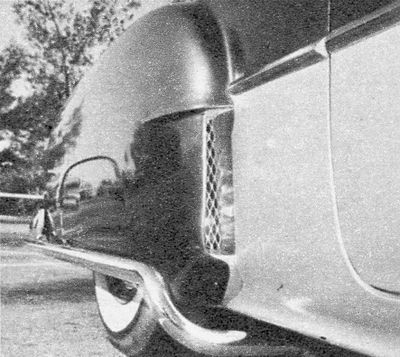 The Sedanette after Norman bought it. 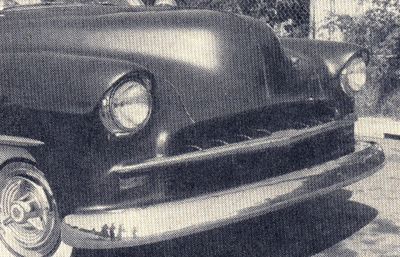 1951 Chevrolet Sedanette restyled by Bill Bowman of Riverside, California for Frank Regret. In 1955, Frank brought his Sedanette down to Bill Bowman for a makeover. Bill spliced a pair 1955 Chevrolet headlight rims to the fenders, the stock parking lights were retained but frenched. The bumpers were relieved of bumper guards and all holes were filled. All the handles were removed. The hood was shaved, peaked, louvered and the forward position was of the hood was extended down to the grile opening. The rounded grille shell housed a straight 1949 Pontiac grille bar. 1949 Pontiac sidetrim was adapted below the windows. The split front window was swapped in favor of a one-piece 1951 Oldsmobile windshield. Functional airscoops were made in the leading edges of the rear fenders. The rear fenders were reworked and extended 5 inches to accept the 1954 Packard taillights. The exaust pipes were routed along the lower side of the car. To reduce the ride clearance, the coils were cut, the upfront frame was C'd and stepped and the rear springs were de-arched. Jack's Top Shop in Los Angeles stiched up a new interior consisting of a white and purple color combo. A warmed-over GMC engine rested under the louvered hood. Total cost of custom work was $2000.[1]

By 1957 it was owned by Norman C. Nelson. Norman had the fenderskirts louvered and added Oldsmobile Fiesta Hubcaps.

Please get in touch with us at mail@kustomrama.com if you have additional information or photos to share about Frank Regret's 1951 Chevrolet.