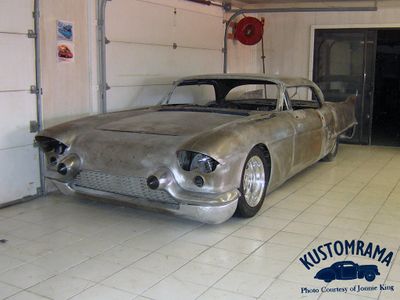 An early construction photo of the Shark taken in 2007. Photo courtesy of Jonnie King. Legends of the Rod & Custom Hall of Fame. 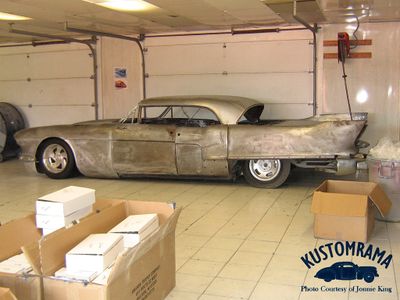 Photo courtesy of Jonnie King. Legends of the Rod & Custom Hall of Fame. 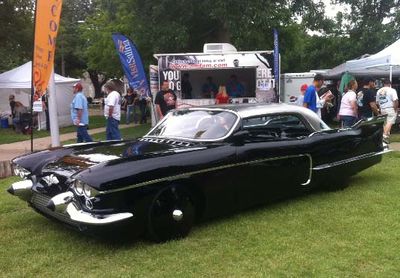 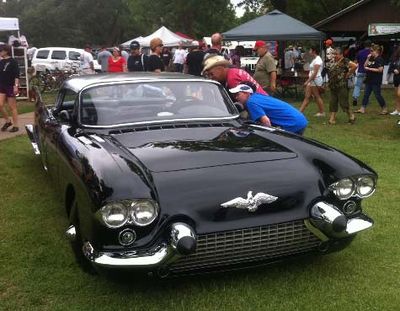 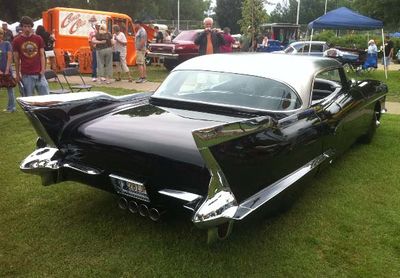 1957 Cadillac Eldorado Brougham owned and restyled by Darryl Starbird of Star Kustom Shop. Darryl's Cadillac, known as "The Shark", was completed in 2013.[1]Darryl's Brougham was the 55th 1957 Cadillac Eldorado Brougham that were produced. He bought the car around 1983, thinking that when he got old it would be worth around a million bucks if he restored and sold it. As that didn't happen, and a restored version of the car would only be worth around 200 000 dollars, Darryl decided to customize it instead. The car was in a very good shape when he started. When he customized the Cadillac he was not going after a traditional custom car look, he wanted the car to look like a Cadillac concept car for 1957, so instead of shaving away all of the factory chrome, he decided to keep it on. The original stainless steel top on the car was made so that it could be lifted off. Darryl also made a bubbletop for the Cadillac, so that it can be driven either as a roadster, or as a bubbletop custom, in addition to the original stainless steel roof.[2]

Please get in touch with us at mail@kustomrama.com if you have additional information or photos to share about Darryl Starbird's 1957 Cadillac.