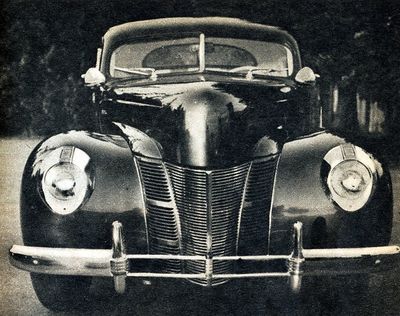 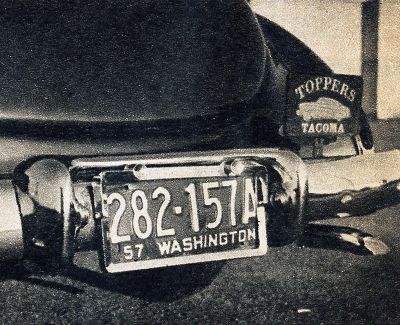 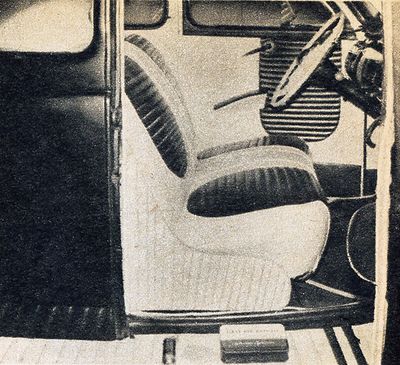 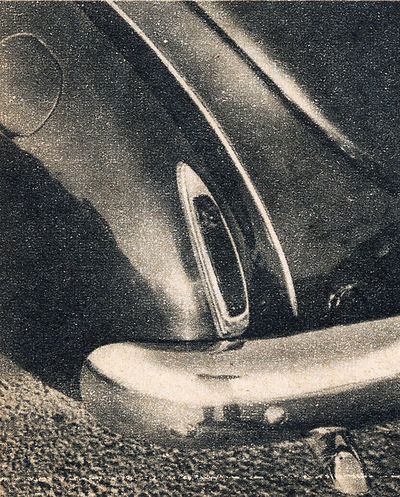 1940 Ford coupe owned by Tacoma Toppers member Danny Hall of Tacoma, Washington. The top on Danny's coupe was chopped 3 inches by Schneider's Shop of Tacoma. The front was lowered by installing a 2 1/2 dropped axle, giving the car a slight rake. The body was nosed, decked and shaved for most of its chrome trim. The door handles were removed as well, and replaced with an electronic solenoid system. Up front, the stock bumper was discharged in favor of a 1941 Lincoln bumper. A 1950 Chrysler bumper replaced the rear bumper, and taillights from a 1941 Studebaker replaced the stock taillights. White wall tires, dual spotlights, Moon Discs and rolled and pleated running boards wrapped up the style. Once the bodywork was done, the car was painted Titian red. A matching red and white Naugahyde interior was installed in the car. Hall's coupe was powered by a 1951 Mercury engine. According to Custom Cars July 1959, the build took 2 1/2 years to complete. Total build cost was $1,400.[1]

Please get in touch with us at mail@kustomrama.com if you have additional information or photos to share about Danny Hall's 1940 Ford.