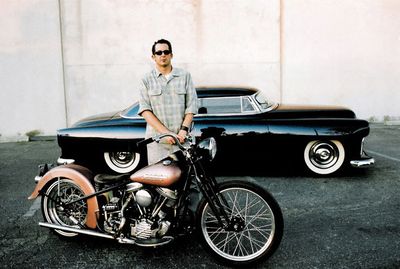 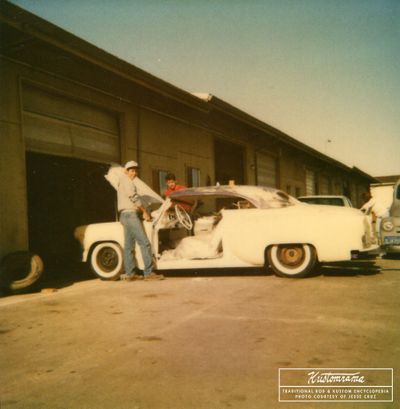 Cole and Jesse Cruz working on Cole's 1954 Chevrolet, getting it ready to paint blue for the 1990 Grand National Roadster Show. The photos were taken at Cole's first shop. Photo courtesy of Jesse Cruz, provided by Curtis Mcgann. 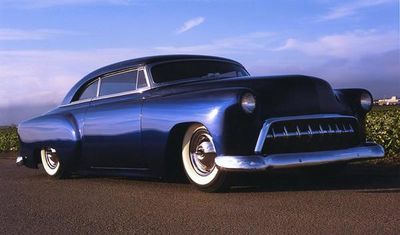 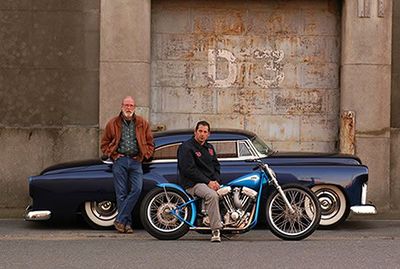 Cole Foster is a custom car and bike builder of Salinas, California. He is the owner of Salinas Boys Customs, and the son of Pat Foster. Cole is known for creating cars that are so clean they don't have lines - they simply flow. [1]

Hanging around his dad Pat, Cole has always been around cars. After moving from San Fernando Valley to Camel Valley, Cole started to mess around with sports cars. He bought himself a 2002 BMW, and started to restyle this by shaving the door handles and lowering it. After hanging around George and Buck Thomas of Salinas, Cole got an interest in older cars. George and Buck were hot rodders, and passed their knowledge on to Cole and his friend Job Stevens. This lead Cole into buying a 1955 Chevrolet, and Job into buying a 1954 Chevrolet. It didn't take long before the urge to chop came along, so they chopped the top on Job's Chevrolet. After getting advices from Butch Hurley, Cole and Job started to mix flattener into the paint in order to give their cars a suede look. With their newly acquired cars Cole and Job started to go to the Cruisin' Nationals in Paso Robles, and that's when the custom hook really took Cole. In 1988 Cole bought himself a 1954 Chevrolet Hardtop which he refers to as "The Blue Car".[2]

At the 2001 Grand National Roadster Show Cole left with the Chip Foose Design of Excellence Sweepstakes award from his 1956 Ford F100 Truck.[1]

Please get in touch with us at mail@kustomrama.com if you have additional information or photos to share about Cole Foster.