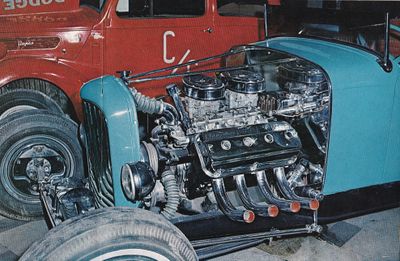 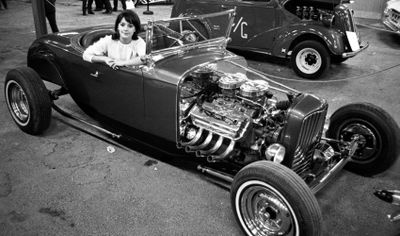 From a show in Örebro Jan 1966. Photo by ÖrebroKuriren 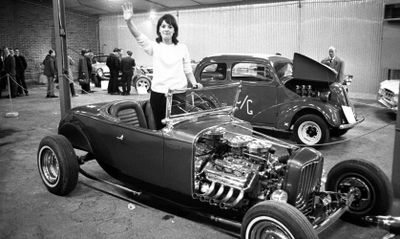 From a show in Örebro Jan 1966. Photo by ÖrebroKuriren

Christer Lundberg from Stockholm used a 1931 Chevrolet body on a 1932 Ford frame creating this Hot Rod in early 1960s.


The powerful Hemi engine with dual carbs come from a Chrysler 1957. It was painted metallic blue.
The interior including Ford Thunderbird seats are in red vinyl.


The destiny of this car is unclear. It appeared on Hot Rod Show 1965 Marmorhallarna and a Hot Rod Show in Örebro in January 1966, then owned by Dogge Norberg.


The body and other parts was seen in a garage in Nacka around 1984. Any information are welcome.

Please get in touch with us at mail@kustomrama.com if you have additional information or photos to share about Christer Lundberg's 1931 Chevrolet Roadster.