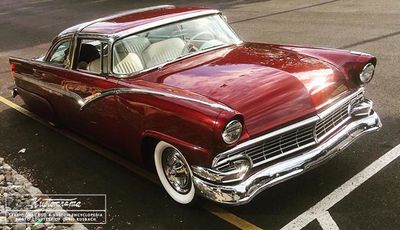 The Crown Victoria as it appeared in 2019 when Chris Rusbach of Hackensack, New Jersey purchased it from Bill Brown. Photo courtesy of Chris Rusbach. 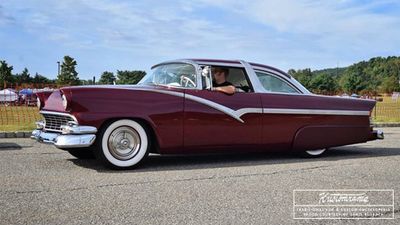 A photo of Chris with the Crown Victoria taken in 2019. Photo courtesy of Chris Rusbach. 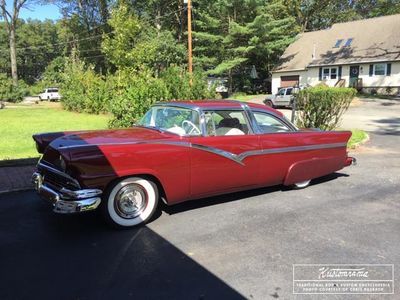 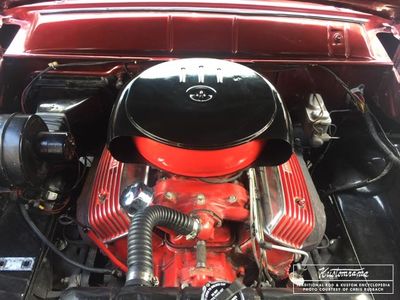 1956 Ford Crown Victoria owned by Certs Jersey member Chris Rusbach of Stanhope, New Jersey. Rusbach bought the car from Bill Brown of New York in the summer of 2019. Brown told Chris that he purchased it from West Nevada around 2016-2017. When Brown got the car it had been nosed, decked and shaved for door handles. The quarter panels had been extended and modified to house full 1956 Packard Clipper taillights. The quarter panels were also scooped and dressed up with Turnpike Cruiser skirts. It was lowered all around and ran a Continental Kit. Inside, it featured a rolled and pleated white interior with Maroon piping and accents over the stock seats and door panels. Power came from a 312 Y-block and an AOD Ford transmission.[1]

Do you recognize this car?

Chris Rusbach doesn't know who put his car together, and when it was done. He knows that it came from Nevada, and he doesn't think it is an old build. "It has etched vent windows and I noticed the date by the artist's signature said 2001," he told Sondre Kvipt of Kustomrama in 2020, s guessing it was built around that time. Please get in touch with Kustomrama at mail@kustomrama.com if you have more information to share about Rusbach's Crown Victoria.

Please get in touch with us at mail@kustomrama.com if you have additional information or photos to share about Chris Rusbach's 1956 Ford.