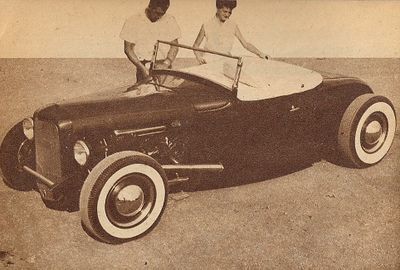 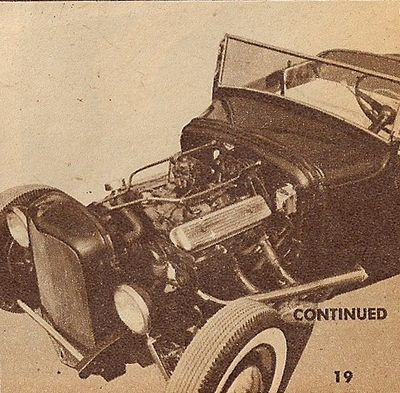 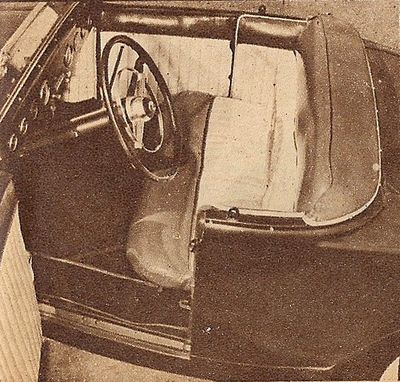 1931 Ford Roadster built and owned by Dragsters member Bob Sullivan of Muncie, Kansas. The build took Bob four years to complete. The 1931 Ford body was channeled 6 inches over the 1932 Ford chassis. The rear end featured a rolled pan and 1939 Ford taillights. Bob made a pan running along the lower body edge. In front, hydraulic brakes and tubular shocks were installed which provided a smooth ride. The 1932 Ford grille shell was moved forward due to the channeling job. The roadster was sported by a 1949 Oldsmobile enginge with dual ignition, headers and a big over bore. The rear-end ratio was 3.27:1, this allowed it to cruise at high speeds. A 1940 Ford column shift gear box was used. The interior was done in blue and white leather, which blended smoothly with the baltic blue body.[1]

Please get in touch with us at mail@kustomrama.com if you have additional information or photos to share about Bob Sullivan's 1931 Ford.