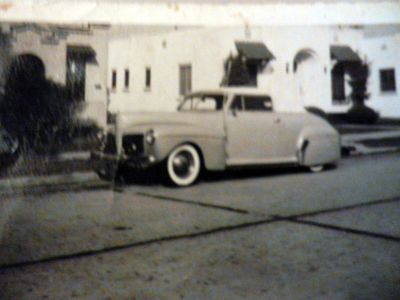 As it appeared after it was restyled by Barris Kustoms in 1948. Photo courtesy of Cindy Williams. 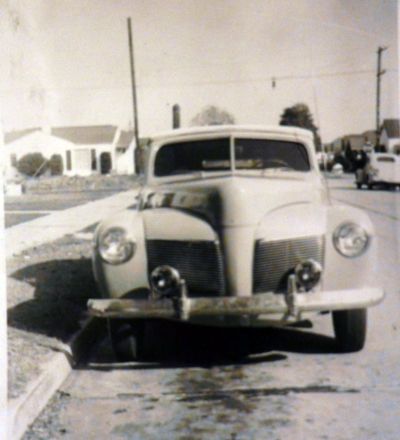 1941 Mercury Convertible restyled by Barris Kustoms for Robert Kierstead of Inglewood, California. 23 year old Robert brought his stock Merc over to the Barris brothers in 1948, right after Bob's brother, Jim Kierstead crashed and died in his chopped 1939 Mercury on Sepulveda blvd. According to Bob's wife, Helena, both Bob and Jim were close friends with the guys at Barris Kustoms. Bob's convertible was chopped, and fit with a white padded top. The side trim was shaved, yet the door handles remained. The emblems on the hood was discarded, along with the rest of the front end trim. Accessory stone guard shields were added on the rear fenders. The car was lowered all around, but more in the rear to get the right stance.[1]

Please get in touch with us at mail@kustomrama.com if you have additional information or photos to share about Bob Kierstead's 1941 Mercury.