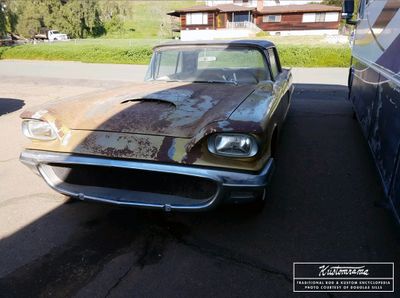 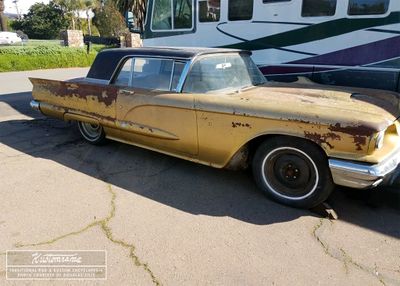 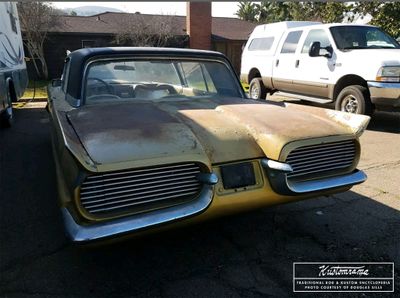 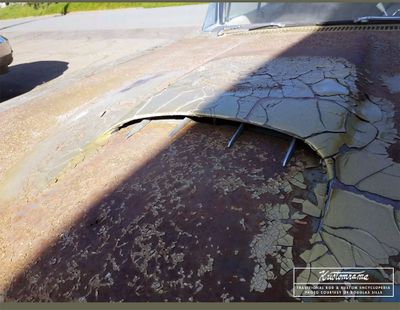 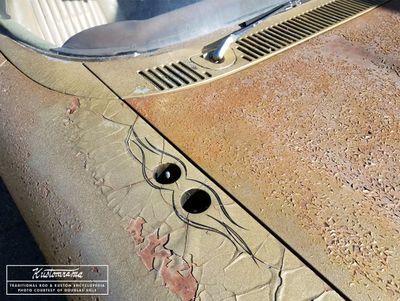 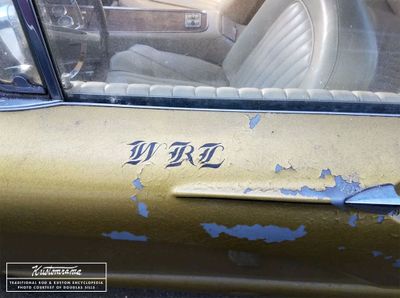 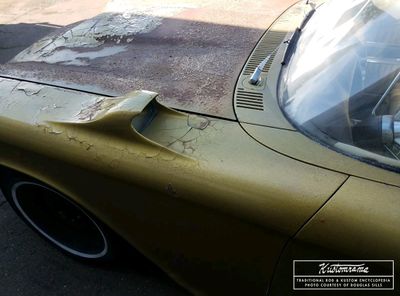 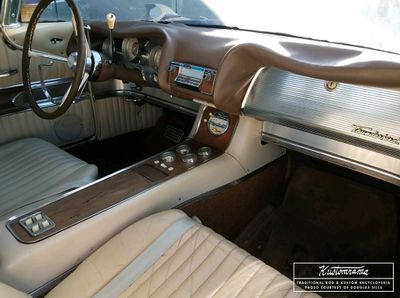 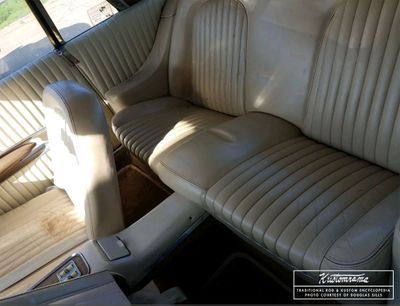 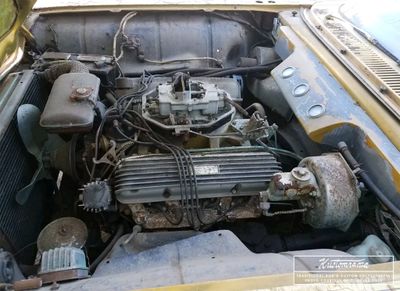 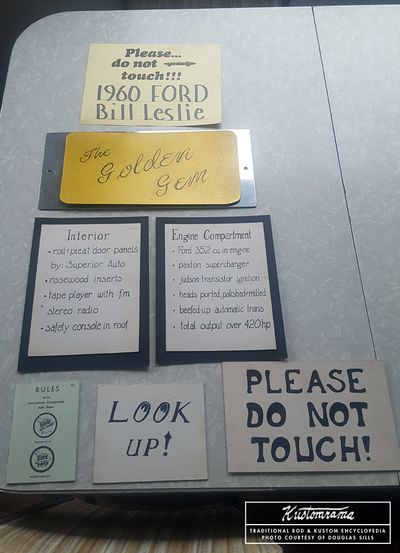 1960 Ford Thunderbird owned and restyled by Bill Leslie of Buffalo, New York. The car is also known as "The Golden Gem."

According to the later owner Douglas Sills, the story he got when he bought it was that Bill's parents originally owned the car; "The car was built in New York and all the paperwork has New York addresses." Up front, modifications included a functioning hood scoop that Bill had extended forward. The bumperettes and license plate assembly were removed from the front bumper before Bill dressed it up with rectangular cibie headlights and a grille made from Plexiglass. The grille featured a hand-formed aluminum pan. The full-length groove along the top of the fenders was filled in and molded, and it featured dual recessed power antennas and a molded-in fender-mounted remote control rear-view mirror. The trunk was decked and the body moldings around the taillights were filled to a razor width seam. The taillights were made from 1962 Pontiac front grille sections that Bill installed over plexiglass lenses. All bolts were welded smooth on the rear bumper before the centerpiece was painted.[1]

Inside, it featured a plush interior. The door panels featured rolls and pleats by Superior Auto Trim in South Amboy, New Jersey. The seats were original leather upholstered. The console featured Brazilian Rosewood inlay with tilt mounted gauges. The upper console in the roof had a safety control panel in front and a radio speaker in the rear. The steering wheel featured wood inserts and padded Naugahyde wheel cover. The trunk was also upholstered, and it featured a rug with rolled and pleated tire and deck lid insert panels. Tools were set in styrofoam and mounted in drawers in the trunk. Other safety display items included water and gas cans, flares, reflectors, and a first-aid kit.[1]

Bill covered the body with 30 coats of deep gold Metalflake before Wayne Wood and T. Fenton pinstriped it. It was also fitted with a black vinyl top, and Keystone chrome reverse wheels. It rolled on Firestone G-70 wide ovals with dealer vulcanized gold accent stripes.[1]

Power came from a balanced, ported and polished Ford 352 engine. The heads had been milled, and it ran a Judson electric magneto, and aircraft fuel line. The firewall featured rolled and pleated panels.[1]

Bill parents eventually gave him the car. In the 1980s he moved to San Diego, California, bringing the Thunderbird along. He kept on to the car until 2019. Struggling with bad health, Bill decided to sell the car, as he didn't want to see it getting scrapped. Douglas Sills of Northwest Indiana bought the car from the guy that bought it from Bill in February of 2019. The same year Douglas told Sondre Kvipt of Kustomrama that the supercharger was bolted on the car, "but never was run with it on. He had problems getting the right pulley on the crank." When Douglas bought the car it came with floodlights that were used at car shows, and it had a 110-volt cord in the trunk. When he plugged it in the taillights started blinking. "It also has light sockets in the trunk, engine compartment, and inside for display." The valve covers had a cover plate that cover up the "say why and." Douglas plan in 2019 was to get the car running and driving.[1]

Looking for Info and Old Photos

Douglas is currently looking for info and old photos of the Golden Gem, so please get in touch with Kustomrama at mail@kustomrama.com if you have anyone to share.

Please get in touch with us at mail@kustomrama.com if you have additional information or photos to share about Bill Leslie's 1960 Ford.