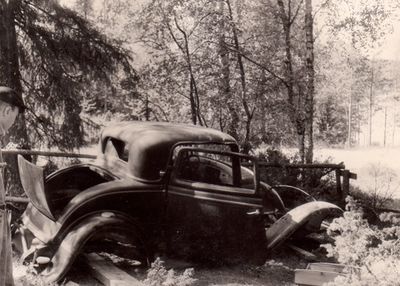 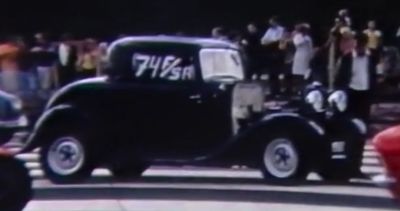 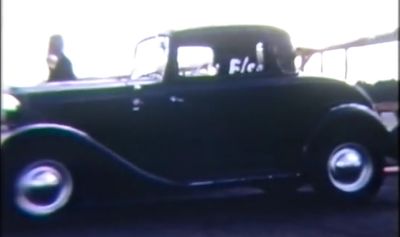 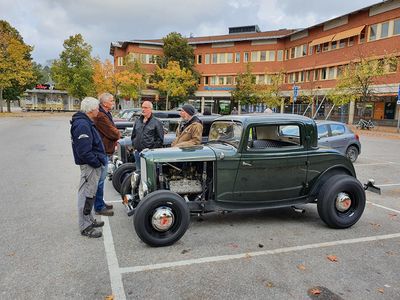 This Ford 1932 3-window coupe was a barnfind by Lennart Djurberg in the early 1960s.
The car was used a a chicken shack by a farmer!


Lennart fixed the body and did some Hotrodding work on the car including a 1939 gearbox and a green paint job. Lennart used it lot and probably damaged one front fender occassionally. [1]

At the "First Go" dragracing at Anderstorp Raceway 1968 the car showed up in the startlist as #74 and owned by O. Landén. (Ove Bennet Landén). Classed as F/SA (Street Altered) with weight 1330 kg and a 4.34 litre engine it ran a moderate 17.08 on the quartermile.


So Bennet had this car from Djurberg before he got Björn Bellanders 1932 Roadster which he brought in his move from Stockholm to Malmö.
Still, he kept this 3-win coupe, drove a lot, and later stored it for many years in a garage at Öland.


Around 2010, Håkan Lindberg bought the car from Bennet.


Håkan has maintained the look from the 1960s including flathead engine and the same green colour. It can be seen quite often in the Stockholm area.

Please get in touch with us at mail@kustomrama.com if you have additional information or photos to share about Bennet Landén's 1932 Ford 3-win coupe.