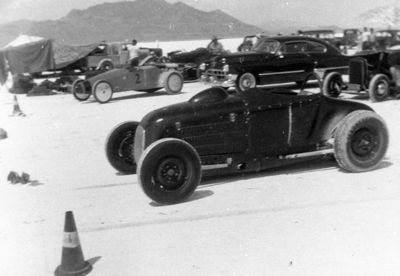 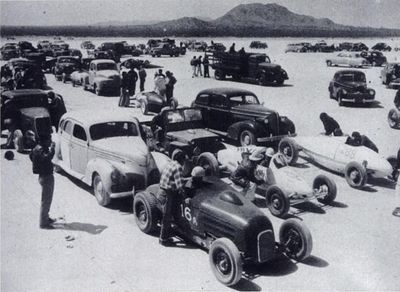 1927 Ford Model T Roadster built by Barney Navarro. The grille was replaced by a cast grille. The hood sides were louvered and the hood was bubbled due to the Blower. The Ford was powered by a ported and relieved Ford flathead, featuring a 180 degrees crankshaft, a Winfield cam and Navarro heads and manifold offcourse! The engine bore was 3-1/16 and 3-1/16 stroke. It had no transmission, just a Dog Clutch and quick change rear end.[1]

Please get in touch with us at mail@kustomrama.com if you have additional information or photos to share about Barney Navarro's 1927 Ford.