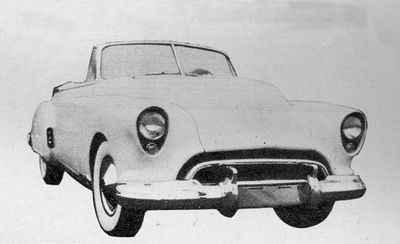 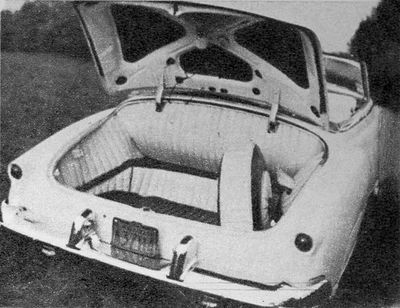 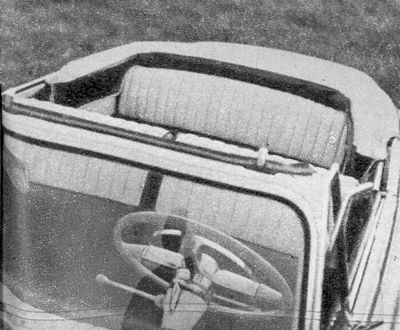 In 1956, Art Glah from Upper Darby, Pennsylvania sent pictures of his 1949 Oldsmobile to Car Craft. They featured his car in Car Craft May 1956. Art has always had a flare for sharp customized equipment, it was not until misfortune struck out that he began building one. After being involved in a traffic collision, Art took the opportunity to restyle his 1949 Oldsmobile Convertible. The insurance money he had went to customize his ride. The first thing was done, was to modify the grille section, the top lip bar was molded to the front body panels. The hood was rejuvenated back to stock, except it was shaved. The headlights were frenched and tunneled by using 1953 Buick headlight rims. The taillights recieved the same treatment by frenching and tunneling 1950 Pontiac taillights. Airscoops were made in the leading edges of the rear fenders, fit with 1948 Ford door handles. All the handles were removed, pushbuttons were placed on the dashboard. The interior and trunk was upholstered in plush rolls & pleats. The car had by 1956 won six first place awards at local shows, this was quite a record for a once battered and smashed Olds.[1]

Please get in touch with us at mail@kustomrama.com if you have additional information or photos to share about Art Glah's 1949 Oldsmobile.