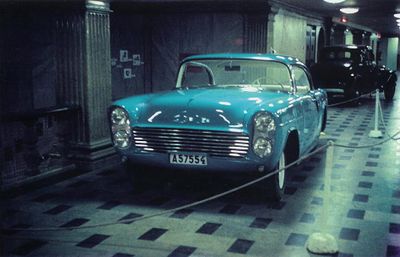 A photo of Arne's Chevrolet at the 1966 Hot Rod Show in Stockholm. 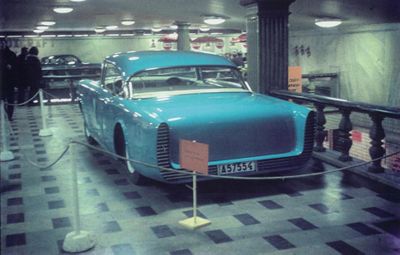 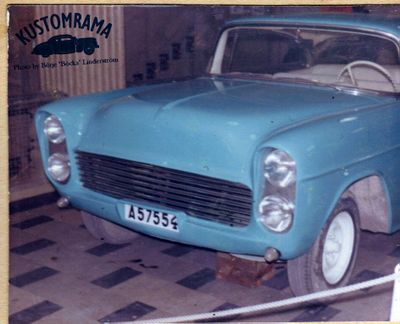 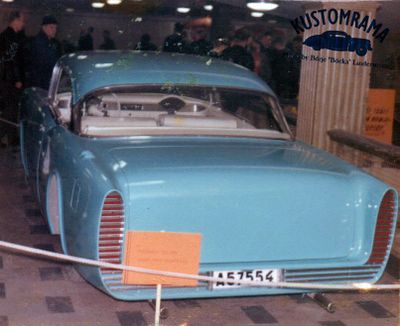 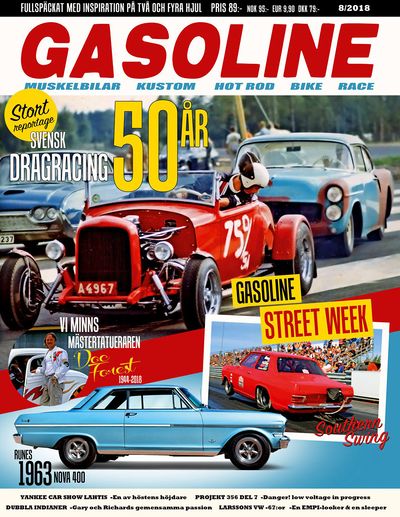 Arne's Chevrolet was featured on the cover of Gasoline 8/2018. The photo was taken at Anderstorp Dragway in 1968

1955 Chevrolet owned and restyled by Arne Lindstrand of Stockholm, Sweden.

The car was originally sold to Alexei Heljestrand, a paint retailer in Stockholm. Arne bought the car from Henry Huseby in July of 1962. Henry was a traveling businessman, working for the company Hem Kem.[1]

Arne bought the Chevrolet from a traveling business man in the early 1960s. When he got the car, it was powered by an inline 6 engine. The engine was all worn out, so he replaced it with a fresh Chevrolet V8 that he bought from Bosse Kasby. Inspired by the cars he had seen in Hot Rod Magazine, Arne restyled the front of the car by removing the stock bumper. The bumper was replaced with a rolled pan that incorporated a frenched in license plate. Canted quad headlights were installed as well, along with a tube grille. When the car was built, Arne worked with Swedish hot rod and custom legend Bosse "Gamen" Sandberg at Ernst Nilsson, a Volvo repair shop in Stockholm, so the headlights came from a Volvo Amazon. The tube grille was made from Volvo Duett side trim. The hood was shaved for chrome and ornamentation. To further clean up the appearance of the car, Arne did also remove the front fender trim and the door handles. The deck lid was shaved as well. As with the front, the rear bumper was also ditched. The rear end was restyled by extending the quarter panels, and by fabricating a new rear grille and taillight housing. Chromed horizontal tubes, made from Volvo Duett side trim, hid the taillights. The hidden taillights were made from plexiglas. The rear wheel wells were radiused before the car was painted purple. Tubing used for electrical cables in houses, were formed over Arne's knees and welded onto the radiused wheel well openings. In 1966, Arne's Chevrolet was shown at the second annual Hot Rod Show in Stockholm. By then the car had received a turquoise paint job by Bosse "Gamen" Sandberg. This version of the car featured a white vinyl interior and white steelies. The interior was made by Sadelmakare Brun. When Lindstrand bought the car, it had had 9 owners prior to him. In addition to this, it had also been owned by a couple of dealers.

Late 1965 the car was taken out of the Swedish auto registry. It got listed again in October of 1966, after passing an inspection in August the same year. There is no notification of the car swapping owners, but it received the registration number "B44914" December 30, 1966. After this, all traces of the car is gone![2]

If anyone knows what happened to this early Swedish custom we would love to hear from you!

Please get in touch with us at mail@kustomrama.com if you have additional information or photos to share about Arne Lindstrand's 1955 Chevrolet.