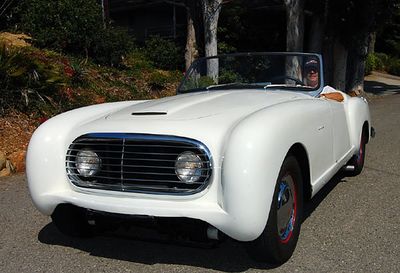 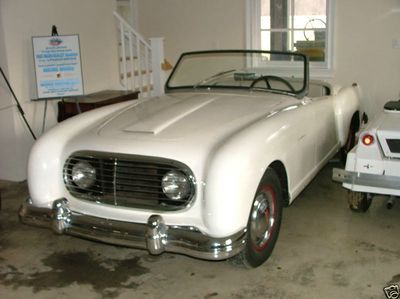 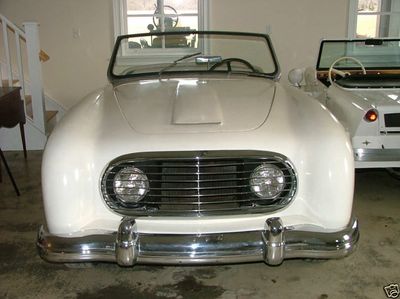 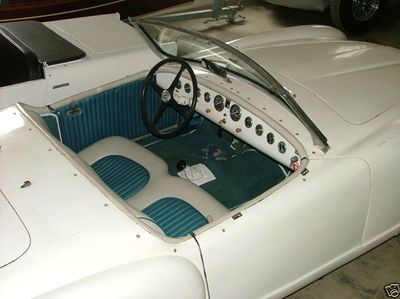 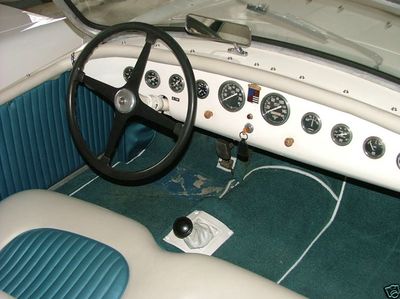 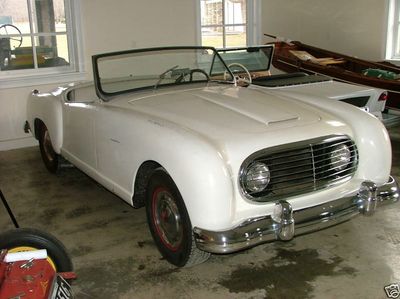 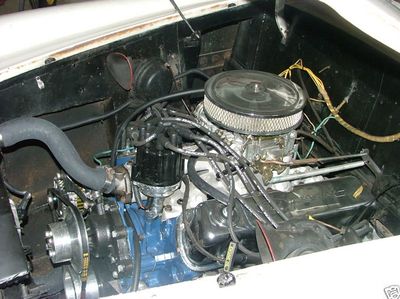 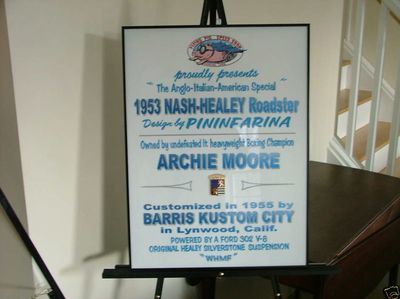 1953 Nash-Healey restyled by Barris Kustoms for Archie Moore.[1] The car was one of three cars Barris Kustoms restyled for Archie. The car is one of approximately 120 hand built cars built by Donald Healey in England, with the body built in Italy by Pininfarina.[2]

Archie's Nash-Healey was mildly customized by the Barris brothers in 1955, The chrome trim was toned down or deleted, the grill was simplified and headlights placed behind grill, rather than in it. The Standard Nash gauges were removed and a full compliment of period Stewart-Warner gauges installed. A total of 9 gauges were added to fill up the entire dash area. Gauges are (from left to right) oil pressure, oil temp, water temp, tach, speedometer, amp, fuel pressure, fuel level and vacuum followed by a battery switch.[2]

In the 1960s the car was repowered with a 289 Ford and an automatic transmission.[2]

March 2010 the car was offered for sale on eBay. It was located in Redding, Connecticut and the 289 engine had been replaced by a Ford 302 and a powerglide transmission. This car has dual exhaust that turns out just in front of the rear wheels. The 302 was completely redone last season by a competition engine builder in the area. The motor was freshened with new pistons, rings, bearings, oil pump, cam and lifters. The intake is a Edelbrock RPM Air Gap topped with a Edelbrock (Weber) 4 BBL carb. The transmission was removed and fully serviced/rebuilt at this time. When the car was up for sale it was painted white, and the current owner guessed that the paint job could date back 20 - 30 years. Under the hood were remnants of the Barris "Champagne Gold" paint. [2]

Please get in touch with us at mail@kustomrama.com if you have additional information or photos to share about Archie Moore's 1953 Nash-Healey.