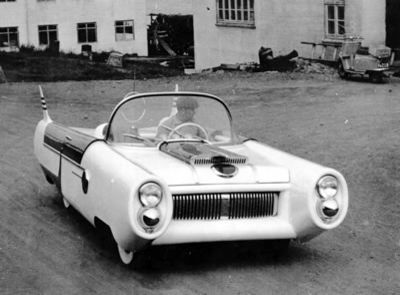 The overall design on Almar's car is very similar to the 1954 Ford FX-Atmos concept car, and we believe that served as inspiration for the build. 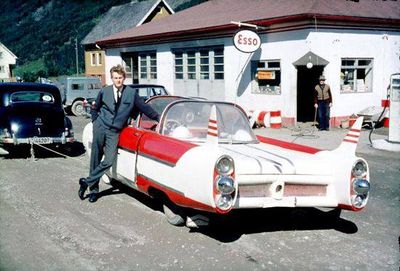 A color photo of Almar with his dream car. 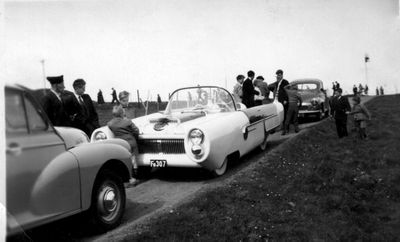 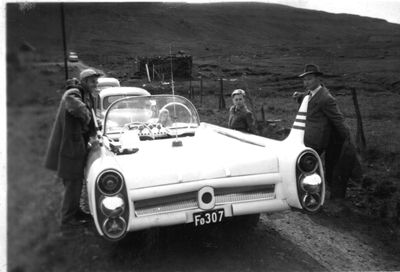 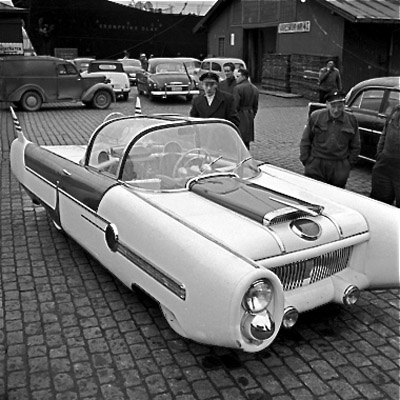 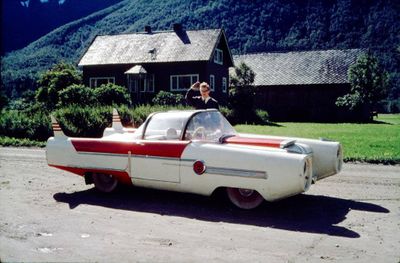 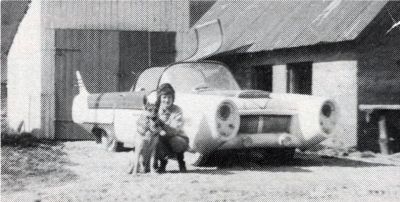 Nils Petter Weiberg Aurdal with the dream car around 1964. Photo from Amcar Februar/Mars 1984 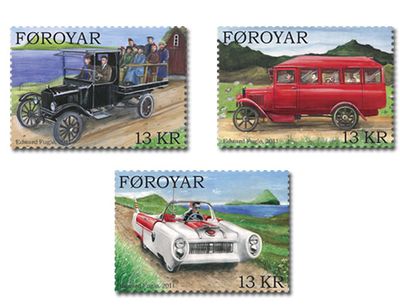 Almar's Dream Car on a stamp from the Faroe Islands.

The Almar Nordhaug Dream Car is a home made dream car, built by Almar Nordhaug of Nesset, Norway in the 1950s. Nordhaug built the car while working at a barrel factory in Tórshavn on the Faroe Islands. Colleagues from the barrel factory helped Nordhaug build the car.[1] The overall design on Almar's car is very similar to the 1954 Ford FX-Atmos concept car, and we believe that served as inspiration for the build. The futuristic build was based on a Vauxhall Cresta chassis, engine and drivetrain. The body was handmade, and the roof was taken from an airplane. Once completed, Almar's car was the first car on the Faroe Islands to have a cassette player and four loudspeakers. When Nordhaug moved back to Norway in 1957, he brought the car with him, and continued to drive it in Norway for some years. Almar's car gained a lot of attention everywhere it went on the Faroe Island and in Norway, and it became known as the "airplane". The Norwegian license plate number was T-30223.[2]

In the early 1960s, Nils Petter Weiberg Aurdal of Sykkylven, Norway found the car for sale at a used car dealer in Ålesund, Norway. It was in a bad condition when Nils Petter found it, but he bought it cheap, and restored it. After restoring the old dream car, Nils Petter sold it to a furniture company in Oslo called Grefa. Grefa wanted to use the car as display. It is not known what happened to the car after this, but Nils Petter has heard rumors about the car being offered for sale by a used car dealer in Oslo in the early 1970s.[2] In 2011, a drawing of Almar's Dream Car was used on stamps on the Faroe Islands.

In August of 2015 Odd Holter posted a comment on the Facebook group "Norske Veteranbiler", stating that he was the last owner of the futuristic car. He could tell that nobody wanted to buy the car when it was advertised for sale. After that, the body was taken off the chassis. According to Odd, he owned the chassis of the car. He could also inform that the car eventually will be restored.[3]

Please get in touch with us at mail@kustomrama.com if you have additional information or photos to share about Almar Nordhaug's Dream Car.