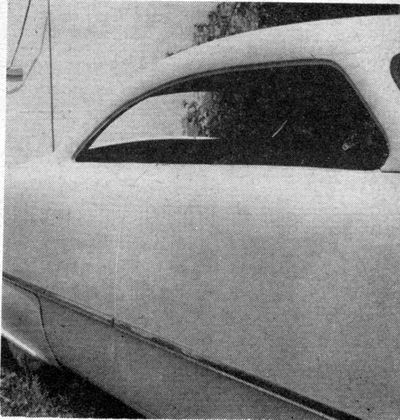 The Panoramic Ford in primer. This photo was published in Motor Trend December 1952, and it could be the only so far known photo of the car as it looked when Allen Anderson owned it. 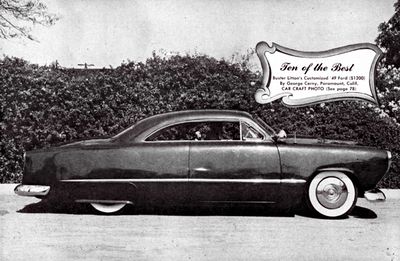 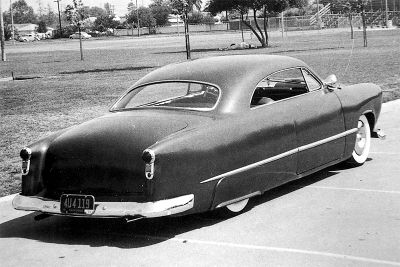 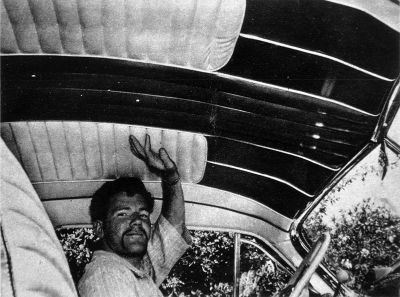 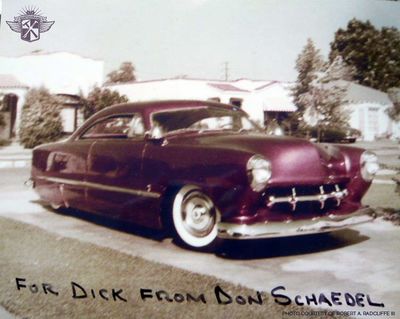 A rare photo of the Panoramic Ford from the Dick Jackson collection. This photo, dated October 1954, was taken outside Don Schaedel's house at 3604 Burton Ave. in Lynwood, California after Buster had sold the car to Don. Photo by Robert A. Radcliffe III. 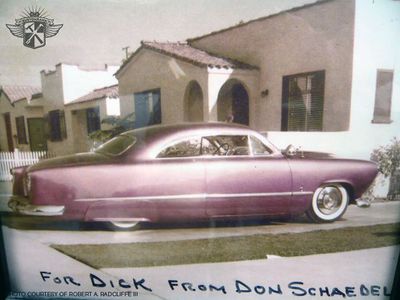 Photo by Robert A. Radcliffe III. 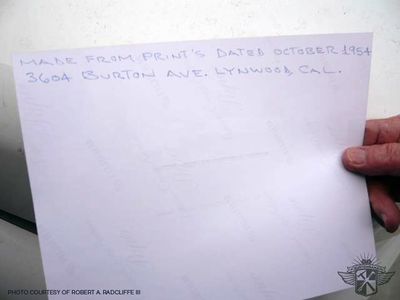 The backside off Dick's photo. Photo by Robert A. Radcliffe III. 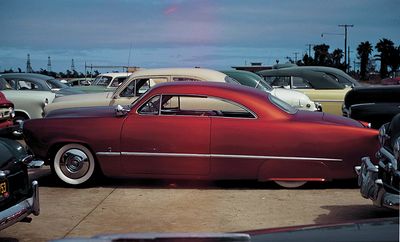 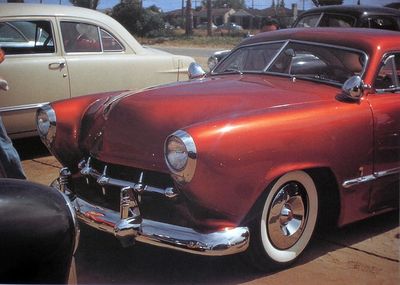 Later on, Don added bumper guards to the front bumper. 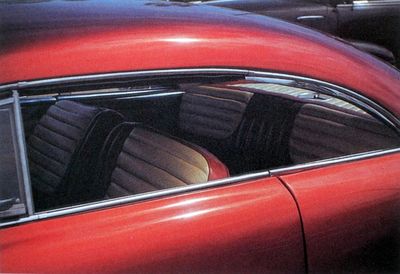 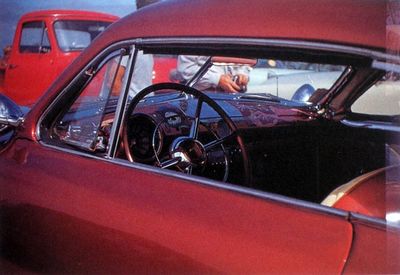 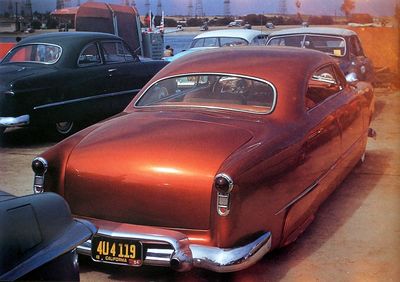 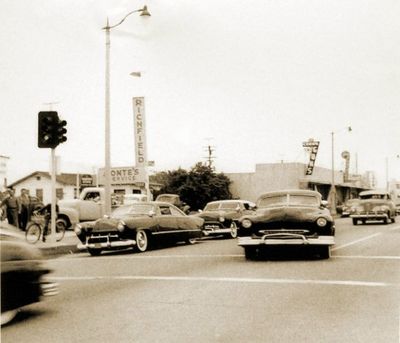 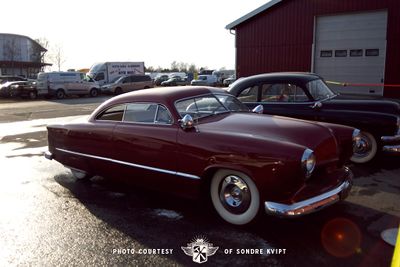 1949 Ford originally owned by Allen Anderson of Compton, California. Known as the "Panoramic Ford", the chop on Allen's Ford was done by Barris Kustoms in 1951. According to Buster Litton who later bought the car, Sam Barris[1] chopped the top 3 inches in the front, 6 inches in the rear. He also removed the door posts and quarter windows to give it a hardtop look. The new slope of the car shortened the length of the roof, and the rear body panel on which the top attaches had to be extended forward four inches through an additional section of body steel. The front windows on the car was operated by Barris Push-O-Matic window lifters. The rear quarter windows were removable by hand from weatherproof channels. Total cost of the top chop was around $700. Buster Litton of South Gate, California bought the car right after Sam had chopped it. When Buster bought the car, it also had the driver side of a 1951 Studebaker front fender portion tacked on, the rest of the car was stock. Buster had Barris Kustoms finish the front end[1], and a new grille was made from a 1953 Chevrolet bar incorporating 1951 Ford spinners on each end. The stock hood was cut just to the rear of the nose section, and a 1951 Mercury hood's front section was fitted from here forward. The stock front bumper was kept.

After driving the car for a while Buster had George Cerny of Cerny's Paint and Body restyle the rear end.[1] Buster and George cooperated on the new design, and the rear fenders were extended 3 inches and modified with quarter panels and taillights from a 1951 Oldsmobile 98. For a smoother look, the gas filler was placed inside the trunk. George also fit the car with sidetrim from a 1948 Buick. The door and deck handles removed, and replaced by push buttons. Even the hood was operated by a push button. The center section of the rear bumper was maintained, but ends from a 1953 Ford rear bumper were used for a wrap-around effect. The license plate surround on the rear bumper was borrowed from a 1953 Kaiser. Fender skirts from a 1951 Mercury were cut down and reformed to fit the Oldsmobile fenders. In order to give the car a proper stance, George Cerny lowered the car by stretching the springs. He also C'd the frame four inches front and rear. Once the bodywork was done, Doug Anderson painted the car in a cocoa rust color. According to Buster Litton, the closest color he has ever seen to his paint was a late Mitsubishi copper.[1] Final touches on the car was two chromed bullet type spot lights, and 1953 Cadillac hubcaps.

The interior was upholstered by Gaylord's Kustom Shop. From top to bottom it was completely upholstered in a combination of antique white and bittersweet orange rolls and pleats. The seats, door panels, and even the headliner sported a rolled and pleated design. Inside, the car was also fit with a gold Crestliner steering wheel, and Von Dutch monster painting and pinstriping.

October 26 to November 1, 1953 Buster displayed his Ford at the 4th annual Motorama in Los Angeles, California.[2] Not long after the car was completed, Buster sold it to Don Schaedel of Lynwood, California. Photos from Dick Jackson's collection shows the car as it sat in October 1954, after Don had bought. Sometime after this, Schaedel added bumper guards to the front bumper of the car, and a license plate guard in the rear.

Please get in touch with us at mail@kustomrama.com if you have additional information or photos to share about Buster Litton's 1949 Ford.