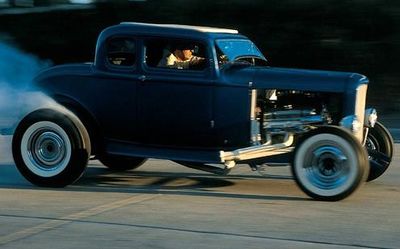 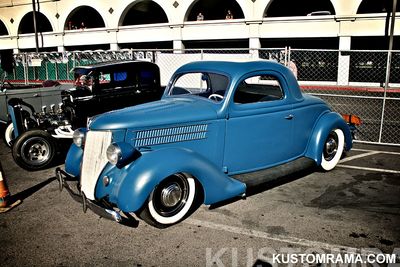 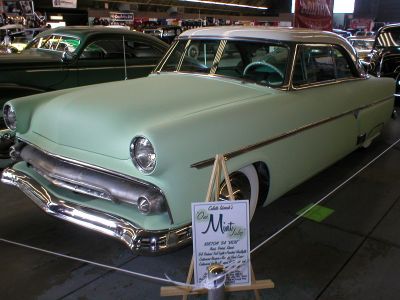 Alex "Axle" Idzardi of Riverside, Californa got his automotive start when his father came home with a 1966 Ford Mustang at the age of 15 . By the time he turned 16 he was given the car then soon after his father bought a 1955 Chevrolet Nomad. The car bug hit hard from that point. Alex's love for traditional Hot Rods, Customs, and good ol Rockabilly music became the focus of his life , later helped form the Shifters So. Cal. car club, and is deep in to the car love affair to this day where he has become quite the successful show promoter and builder of many magazine cover cars.

When his wife and him are not promoting their own personal Hot Rod & Music venues in their home town of Riverside, California, they are busy DJ'ing,MC'ing, or organizing events all over the world. Alex is a well know show promoter, promoting such shows as the Suede Palace section of the Grand National Roadster Show, and the Suede Pavilion at the Sacramento Autorama. Alex has left the Shifters car club, but is till very active in the car Southern California car scene.

Please get in touch with us at mail@kustomrama.com if you have additional information or photos to share about Alex Idzardi.