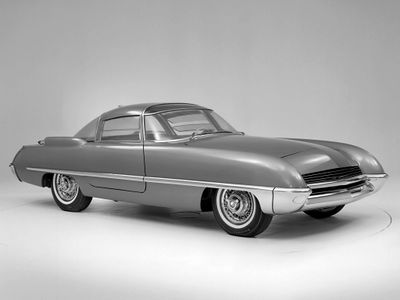 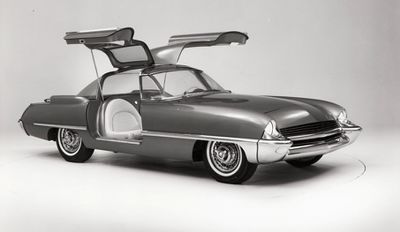 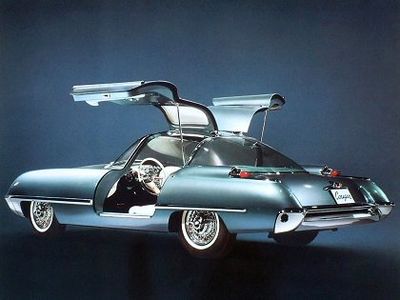 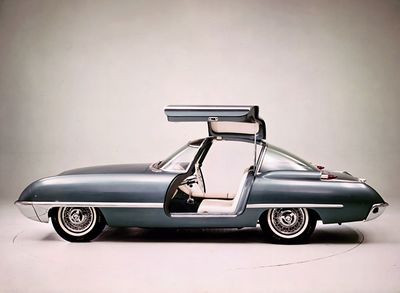 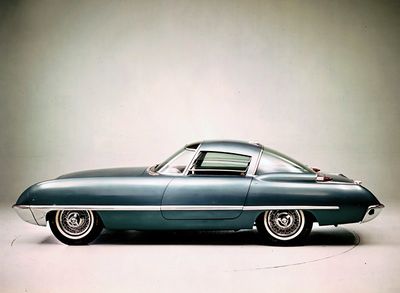 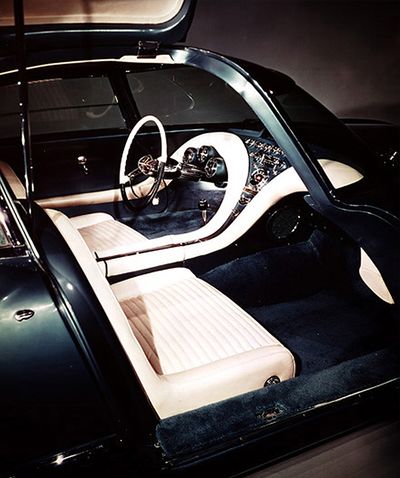 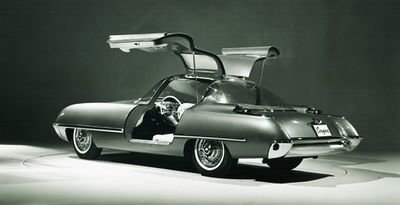 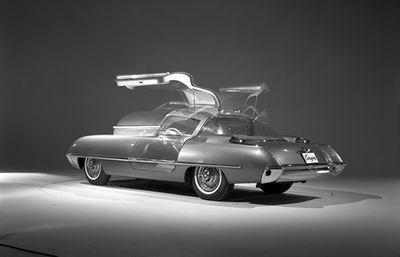 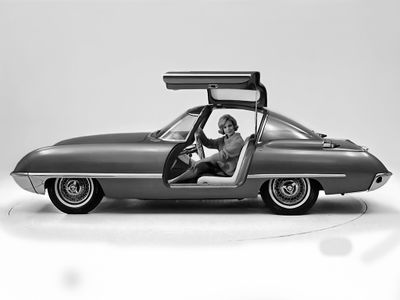 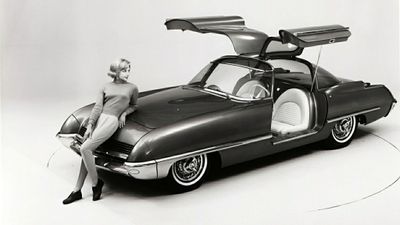 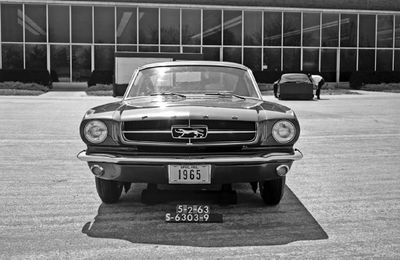 Cougar was also an early name suggestion for the upcoming Ford Mustang in 1962. This photo from 1963 shows a Ford Mustang concept car with a Cougar grille and a Torino name. Photo courtesy of Ford Motor Company. 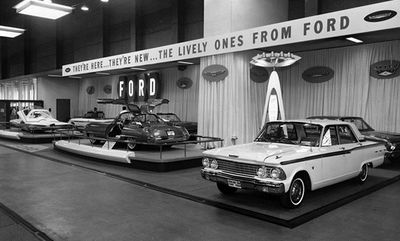 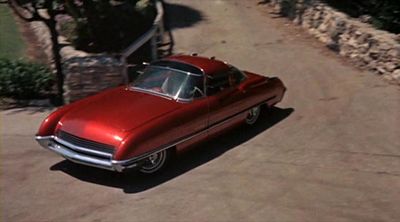 A still showing the Cougar as it appeared when it appeared in Frederick Brisson's film version of his Broadway comedy hit "Under the Yum Yum Tree" in 1963. This version featured a Candy Apple Red paint job. Photo courtesy of IMCDB.COM. 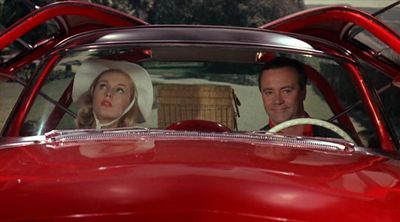 Another still from the movie that shows Jack Lemmon and Carol Lynley in the car. Photo courtesy of IMCDB.COM. 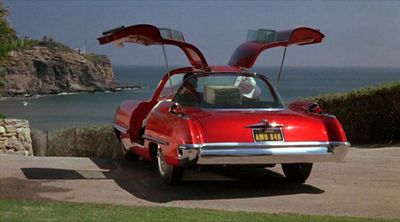 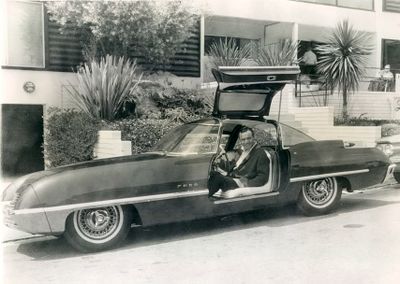 Jack Lemon behind the wheel of the Cougar at the set of "Under the Yum Yum Tree". 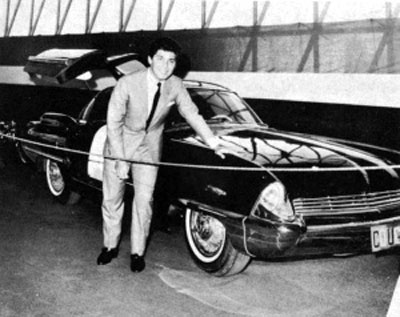 Paul Anka with the Cougar at the Cavalcade of Custom Cars that was held at the Transportation & Travel Pavilion at New York World's Fair in 1964. Photo courtesy of www.nywf64.com.

The 1962 Ford Cougar 406 was a concept car for the Thunderbird built by Dean Jeffries for Ford Motor Company. The futuristic build featured top hinged, electrically operated Mercedes 300 SL-type gull-wing doors, [1] and headlights that were concealed in the tips of the front fenders. The car had covers in front of the headlights that rotated down.[2] Power came from a 406 cubic inch V-8. The engine developed 405 horsepower and 448 pound feet of torque.

This was the second Ford concept car to wear the Cougar nameplate. The first one was a 3/8-scale model from 1956.[3] Cougar was also an early name suggestion for the upcoming Ford Mustang in 1962. According to the book Mustang Genesis: The Creation of the Pony Car by Robert A. Fria, Henry Ford II wanted the Mustang to be named the T-Bird II. No one else seemed to think that was a good choice, so the name was deleted; "Joe Oros and Dave Ash reportedly saw their own new creation as a feline in nature, so they gave it a name they both agreed upon, "Cougar." A stylized cat emblem was centrally located in the middle of the grille ornamentation. This is the name that was given build approval by the corporate Product Approval Committee on September 10, 1962." In early November 1962 Iacocca and Bordinat officially assigned the name Mustang to the car.[4]

The Cougar made its first public debut at the Chicago Auto Show in January 1962. This version featured a Blue Metallic paint job.[3]

The Cougar was shown as part of the Ford Custom Caravan exhibit.

Under the Yum Yum Tree

In 1964 the Cougar was shown at the Cavalcade of Custom Cars exhibit held at the Transportation & Travel Pavilion at New York World's Fair.[5]

Around 1973 Mike Nottingham of Richmond, Indiana saw the car in Southern California. "It was owned by a Corvette enthusiast," Mike told Kustomrama in 2015; "He advertised it for sale in Hemmings as a 1955 Cougar. I remember that the price was about $5,000. I flew from Indiana to Los Angeles to look at the car. It was in a rough condition from sitting outside for quite a while. The chrome bumpers, side moldings and emblems were actually plated plastic, and they were very warped. I did not buy the car." Mike never saw or heard more about the whereabouts of the car again, but due to the rough condition of the "chrome" plastic pieces and missing components for the gull wing doors he thinks it is likely that the car was never restored.[6]

In September of 2018 Kustomrama received an email from Terry W. According to Terry, the Cougar is currently located in Detroit, Michigan; " The owners name is Joe Moridian. I know he owned it up until at least 5 years ago, and probably still does. It is a somewhat well known fact here in the Detroit area. However, I don't believe anyone has seen the car in many years."[7]

Please get in touch with us at mail@kustomrama.com if you have additional information or photos to share about 1962 Ford Cougar 406.