From Kustomrama
(Redirected from 1936 Fords for sale)
Jump to: navigation, search 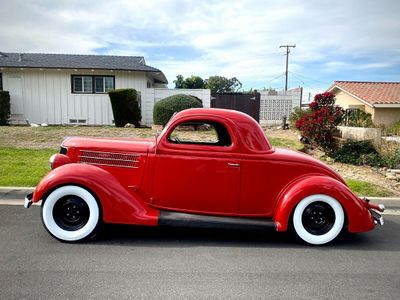 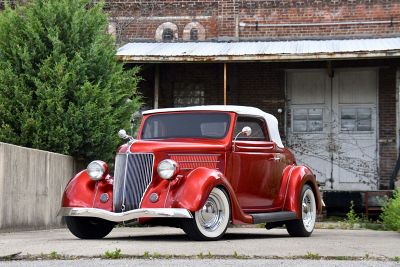 10.02.2020 - 1936 Ford Cabriolet. Been with the same family since 1966. It was purchased from the legendary Audie Swartz. Mr. Swartz was a well-known driver and the two families were both involved in racing in the 1950s and the 1960s and spent many weekends at Eldora Speedway. The current owner's father was an esteemed engine builder. The son wanted to drive and race, but the parents advised against such a decision. In turn, the father purchased the 36 for his son, and together they went through the car and together, built the engine. The father and son could often be found working on cars together. Located in Indianapolis, Indiana, the car was advertised for sale on eBay in September of 2020. It was listed with a US $51,600 Buy It Now price. Click here to check out the eBay ad. 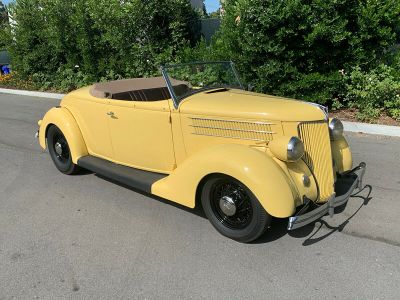 06.12.2020 - 1936 Ford Coupster Custom. Old build. Roof removed, rear fenders molded in, and 1937 Ford headlights grafted on in the 1950s. Body is rough but the car is cool. Chopped windshield. Shaved firewall. Tapered running boards. Flush style skirts. 350/350. Drop axle front end with newer disc brake kit. 8” rear end with parallel leaf kit lowering blocks. Car recently put together in the garage, driven down the street and back and that’s it. Will need bugs worked out. Has Idaho title that came with the chassis. Located in Lodi, California, the car was advertised for sale on Craigslist in June of 2020. The asking price was US $17,500. Click here to check out the Craigslist ad. 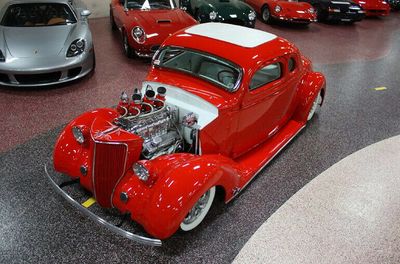 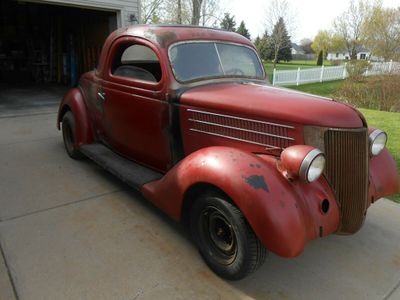 05.22.2020 - 1936 Ford 3-Window Coupe. Car originates from Tennessee. Solid body. Will need some sheet metal work. Powered by a small block Chevy and a turbo 350 transmission. Condition of engine unknown. Comes with a title. Located in Green Bay, Wisconsin, the car was advertised for sale on eBay in May of 2020. It was listed with a US $17,000 starting bid. Click here to check out the auction listing. 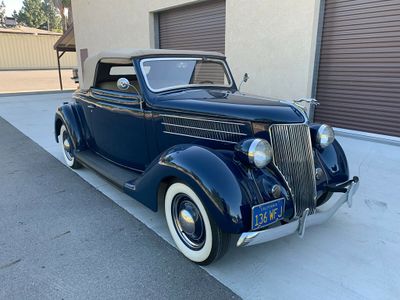 05.14.2020 - 1936 Ford Cabriolet. Older body-off restoration. Original Ford sheet metal. Nice paint and interior. Located in Upland, California, the car was advertised for sale in May of 2020. It was listed with a US $45,000 Buy it Now price. The listing ended May 20, and the car did not sell. Click here to check out the eBay ad. 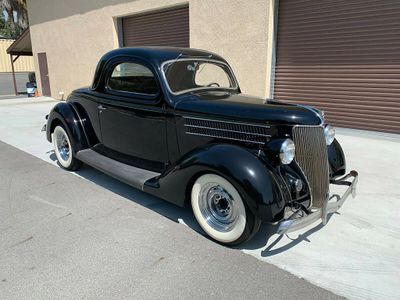 04.09.2020 - 1936 Ford 3-Window Deluxe Coupe. Located in Upland, California, this survivor was advertised for sale on eBay in April of 2020. Originally hot-rodded in the early 1950s, it was parked for an engine swap in 1961. It sat apart until 2017. 49 000 original miles. Surfaced for sale on eBay in March of 2020 featuring fender skirts and steel wheels. The auction ended March 24, 2020. Highest bid was US $49,850, but the reserve was not met. It was listed again in April of 2020, this time without fenderskirts and dressed up with chromed and reversed wheels for a more 1960s appearance. Click here to check out the auction listing. 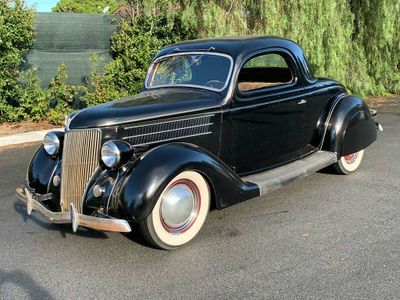 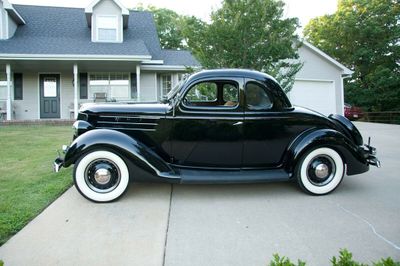 03.20.2020 - 1936 Ford 5-Window Coupe. Located in Bentonville, Arkansas the car was advertised for sale on eBay in March of 2020. Flathead V-8. An original car, previously sold by Barret-Jackson. Click here to check out the auction listing. 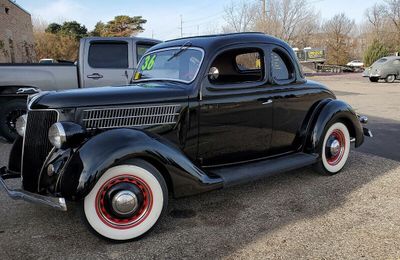 03.20.2020 - 1936 Ford 5-Window Standard Coupe. Located in Oskaloosa, Iowa, this original coupe was advertised for sale on eBay in March of 2020. Featuring a 1950 Mercury 255 ci Flathead, 1939 Ford Standard 3-speed manual transmission, and Lincoln juice brakes it was listed with a US $36,000 Buy it Now price. A price aligned with Conceptcarz.com's valuation for 2019. Click here to check out the auction listing. 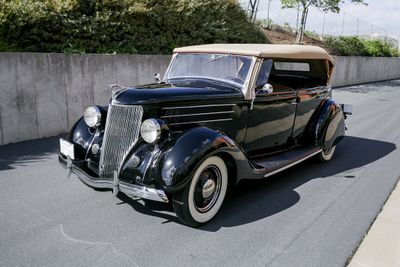 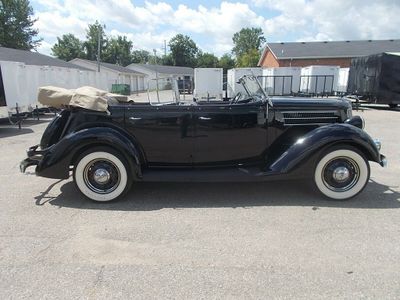 03.20.2020 - 1936 Ford Deluxe Phaeton. Located in Monroe, Michigan, the car was restored in the mid 1990s. Advertised for sale on eBay in March of 2020, it was listed as an easy starter and good driver. It had been used in weddings, parades and tours for the last ten years and the "Buy it Now" price was set at US $33,900. Click here to check out the auction listing.

Kustomrama Marketplace - How much is a 1936 Ford worth?

1936 Fords are popular cars to customize. The 1936 Ford Model 68 retained the same basic body style as the 1935 Model 48, but it received a striking facelift. New features included a graceful V-shaped grille with vertical bars. The horns, that were mounted on the outside of 1935 Fords were now hidden behind the front fenders. It also came with new rear fenders and artillery type wheels with large 12 inch painted hubcaps instead of wire-wheels. The hubcaps had chrome centers and a stylized V-8 logo.[1]

The Deluxe body styles on the 1936 Ford featured chrome around the grille, headlamps, and windshield.[1]

According to Conceptcarz.com, the median sales price for a 1936 Ford in 2019 was US $30,600. In March of 2020, the median sales price had grown to US $ 56,925. Conceptcarz.com's valuation relies on auction data, and it is one of the largest collections of auction value with over 421,800 values compiled from all over the world.[2] Click here for more information about what the various 1936 Ford models and body types sell for today.

Do you have a 1936 Ford that you want to advertise for sale on this page?

Curated and hand-picked ads. Get the best traditional hot rods, customs, parts, memorabilia, and collectible classifieds in your inbox, every week. Click here to subscribe to the Kustomrama Marketplace Newsletter.

Please get in touch with us at mail@kustomrama.com if you have additional information or photos to share about 1936 Fords for Sale.