From Kustomrama
(Redirected from The Krimson Kart)
Jump to: navigation, search 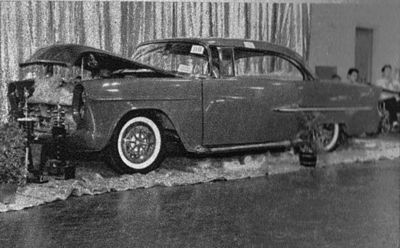 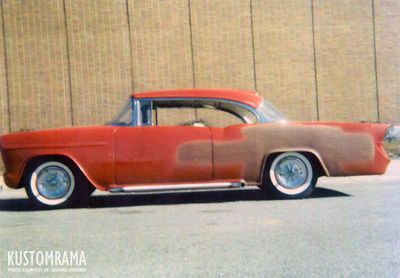 A photo of the Krimson Kart as it appeared in the mid 1960s, just before Emory sold it. The rear wheel openings are freshly opened up, and the side spears have been shaved. The photo is taken in front of Emory and Johnnie Overbay's high school. Photo courtesy of Johnnie Overbay - Reno Rod and Custom, provided by Cody Burghdorf. 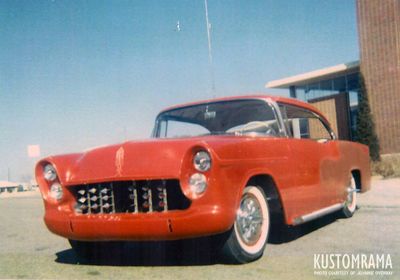 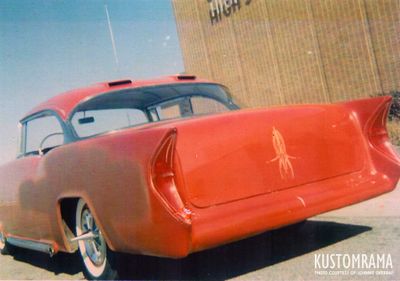 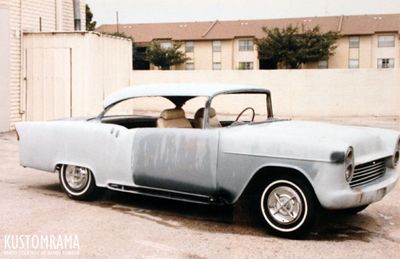 A photo of the Chevrolet taken in the 1980s, while Randy Dobson owned it. Notice the modern seats in the car. Photo courtesy of Randy Dobson. 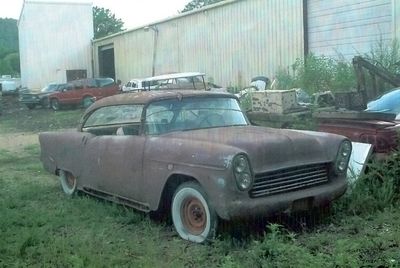 The Krimson Kart as it sat when it was advertised for sale on www.racingjunk.com in 2009. 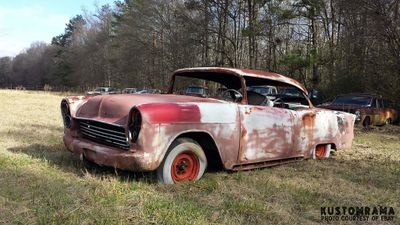 The Krimson Kart as it sat when it was advertised for sale on eBay in February of 2016. Photo courtesy of eBay. 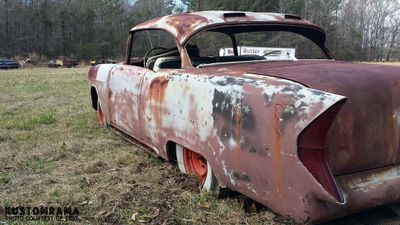 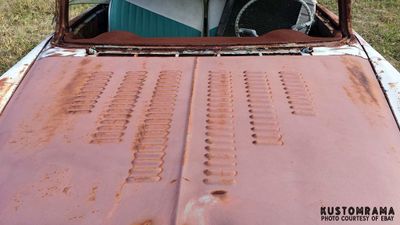 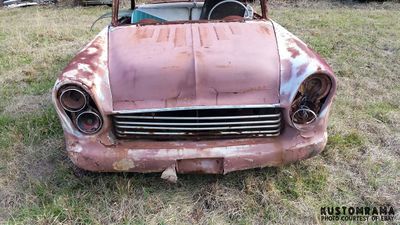 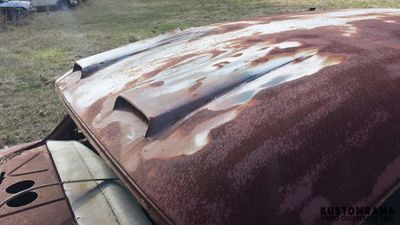 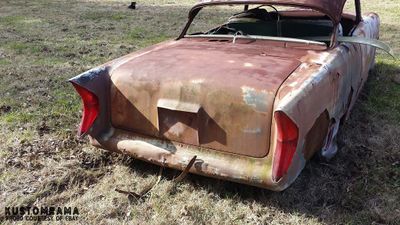 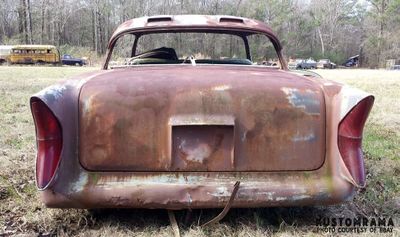 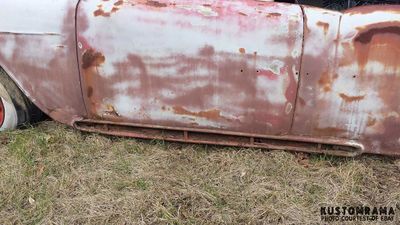 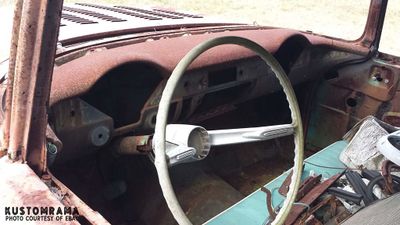 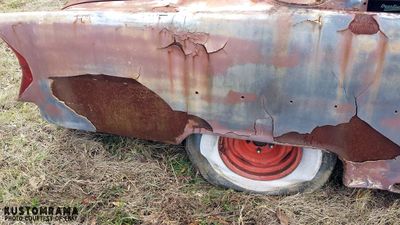 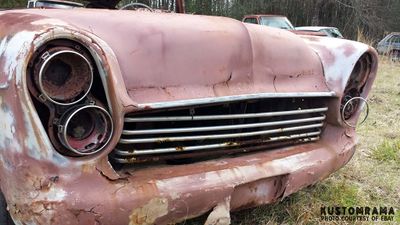 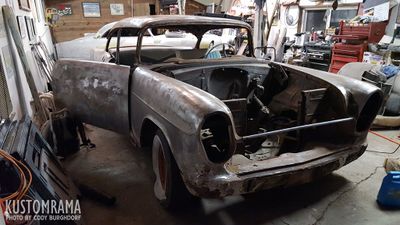 The Krimson Kart as it sat in August of 2016, after Cody had started to strip it down. Photo courtesy of Cody Burghdorf. 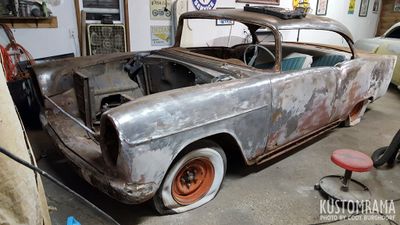 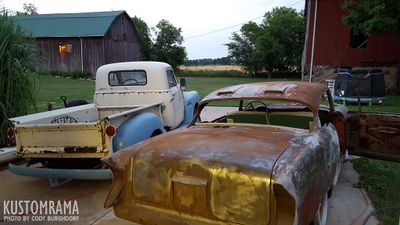 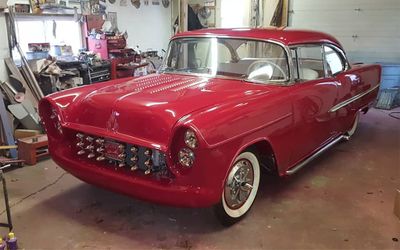 Cody completed the restoration in February of 2019, just in time for its debut at the 2019 Detroit Autorama. Photo courtesy of Cody Burghdorf.

Emory sold the car in the mid 1960s. By then the rear wheel openings had been opened up and the side spears were shaved.[2]

Sometime after Emory sold the car, it ended up in Texas, and guy named Randy Dobson owned it for a while in the 1980s.[3]

August, 2009 the car was offered for sale at www.racingjunk.com. The car was in need of a restoration, and had no engine and transmission. Most of the chrome and parts of the car was included in the sale.[1]

In February of 2016 the car was advertised for sale on eBay. At the time it was owned by Mark Crowe of Harpersville, Alabama. The starting bid was $ 5,000 USD, and it was listed without a reserve. The car came with a Texas title from 1985. Mark dreamed about fixing the car, but as he couldn't find the time for it he would like to see it go to a good home to be restored back to its former glory.[4]

In the Summer of 2016 Cody Burghdorf of Marshall, Michigan bought the car from Mark. It came with a lot of the original parts, such as the Lucas headlights, lake pipes and the Packard taillight lenses. After getting it home, he started stripping it down. In August of 2016 he told Kustomrama that he was going to do a frame off restoration, getting the car as close to the way Emory had it as possible. Cody completed the restoration in February of 2019, just in time for its debut at the 2019 Detroit Autorama.[3]

Please get in touch with us at mail@kustomrama.com if you have additional information or photos to share about Emory Ashpaugh's 1955 Chevrolet.