From Kustomrama
(Redirected from Stylers Custom)
Jump to: navigation, search 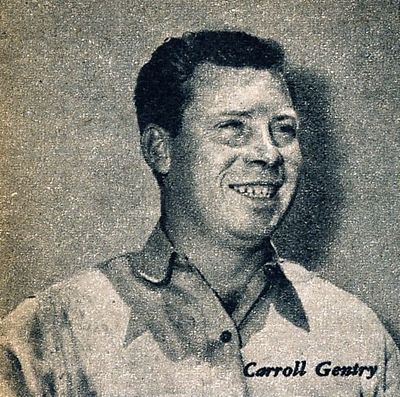 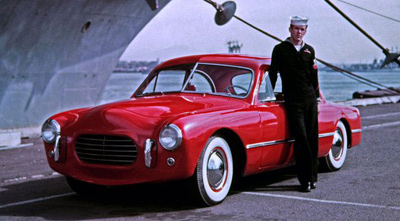 Merton Peterson's 1950 Ford of San Diego, California was restyled by Carrol "Red Eye" Gentry of Styler's Custom Shop. The build was completed in 1953. 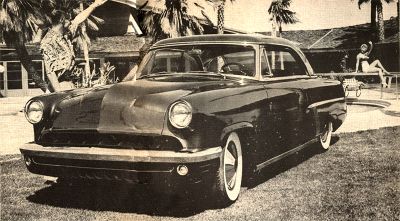 Robert Martinez' 1950 Oldsmobile 98. Robert restyled the Oldsmobile while he was working with Red Eye at Styler's.

Larry Cantor's 1953 Ford Club Coupe, of California was restyled by Stylers Custom & Jack's Auto Shop some time between 1955 and 1957.

Styler's Custom Shop was a custom body shop owned and operated by Carrol "Red Eye" Gentry. Located in National City, San Diego, California, Roger Honey used to ride his bicycle down to the shop in the 1950s and watch Red Eye and Robert Martinez do their stuff; "Styler's was in a dirt alley back then, behind B&W Auto Parts." It was located two blocks down the street from Jerauld's Speed Shop. Roger believes Robert and Red Eye were partners back then; "I remember Red Eye driving a bad silver 1957 Buick Century. It hauled ass at the drags and would give the Chevy's a run for their money. Robert always had a custom project in the works, I don't think he ever drove a stock car. In the early days Robert had a full custom Ford shoebox that was painted Tahitian Red and White with a multi toothed 1953 Chevrolet grille. It was killer. He also had a bad ass 50 Olds' 98 with a 1955 Chevrolet pick up grille and 1954 Packard taillights. It was painted a brilliant Gold base color. This was just before all of the Candy colors came out, and it was slammed big time. I watched the car being built at Styler's from it's conception, and can still remember the first time I saw him cruising down 18th street in National City, after it was painted," did Roger tell Kustomrama in 2015. "I rode my bike as fast as it would go trying to keep up for a better look as it just blew me away finally seeing it done. I still have a tattered picture of it hanging in my garage back wall."[1]

In 1956 Robert Martinez' Oldsmobile was featured in the November issue of Car Craft. By then, Robert had moved on, and was now operator of Broadway Auto Body Shop. According to the story, he did not only build custom cars for his customers, but he also made one for himself each year.[2]

Please get in touch with us at mail@kustomrama.com if you have additional information or photos to share about Styler's Custom Shop.