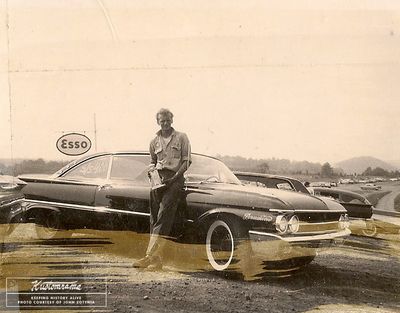 A photo of John with the Starliner taken in 1961. Named "Persuasion," John had the name painted on the front fenders, right behind the headlights. Photo courtesy of John Zotynia. 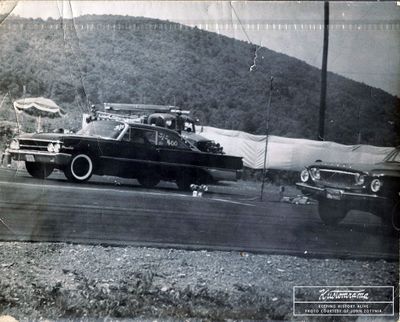 John testing the Ford on the strip. Photo courtesy of John Zotynia. 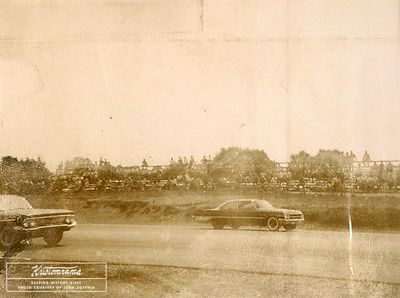 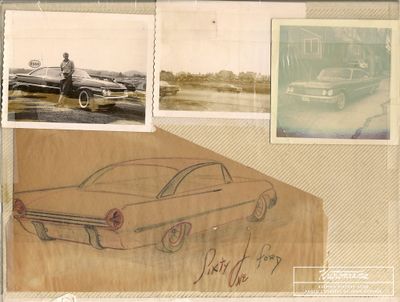 A concept drawing of the Starliner by Nick De Simon. This drawing shows the rolled rear pan that Nick fabricated for the car. Photo courtesy of John Zotynia. 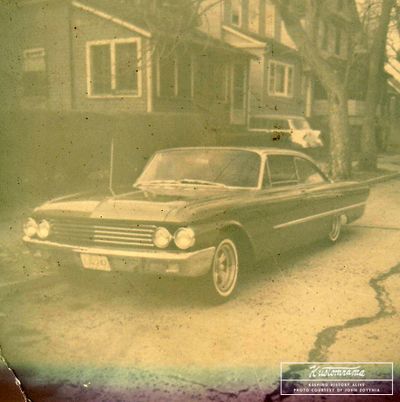 A photo of John's Ford taken late in 1962, after he and Nick had restyled it. Photo courtesy of John Zotynia.

About a week after John had picked the car up, his brother-in-law Nick De Simon nosed and decked it. They also took the washboard off and installed a tube grille. "Then in 1962 Nick did the rolled pan," John told Sondre Kvipt of Kustomrama in April of 2021. He also shortened the side chrome to the door and painted it in a reworked Honduras Maroon. "He always mixed his own colors." Nick wanted to make a tail light that went across the whole back of the car. "This was before Thunderbird came out in 64 with sequential turn signals. Nick was trying to make sequential signals 2-3 years before Thunderbird did." A photo taken late in 1962 shows it dressed up with Mickey Thompson Rader Wheels and skinny whitewall tires.[1]

Please get in touch with us at mail@kustomrama.com if you have additional information or photos to share about John Zotynia's 1961 Ford.