From Kustomrama
(Redirected from Maywood Drag-Wagons)
Jump to: navigation, search 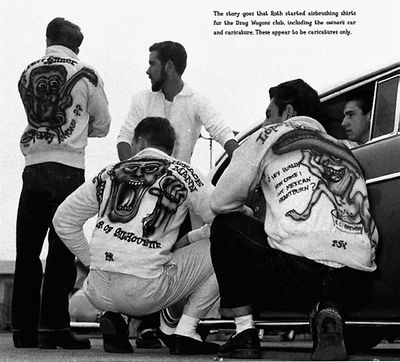 A group of Drag Wagons members. 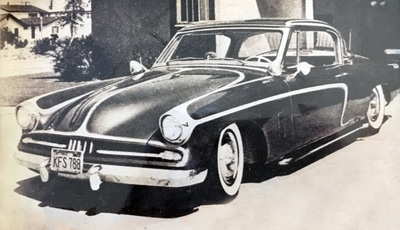 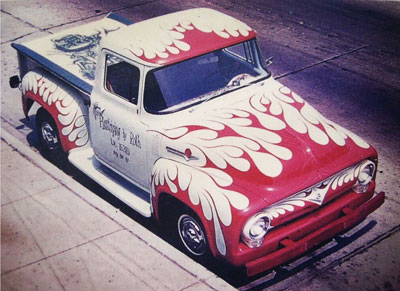 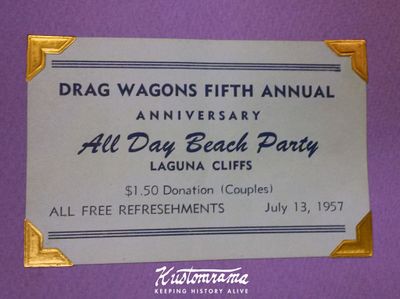 An invitation for the Drag Wagons 5th annual All Day Beach Party in 1957. 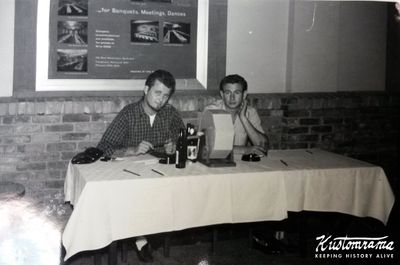 Kenny March and a fellow Drag Wagons member. Kenny is the one to the right in the picture. 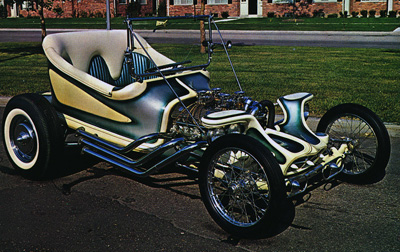 Ed Roth's Outlaw was Ed's first experience with fiberglass. The build was started in 1957, and it made it's debut two years later as the Excaliber at the 1959 Disneyland Car Club Day and Autocade. 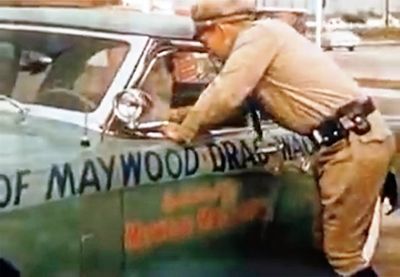 Ray Anderson was a Maywood police officer who was asked by the boys in the club to sponsor them. This photo, showing Ray and some Drag Wagons members was taken around 1957 - 1958. Photo courtesy of Shari Andersen-Donoho. 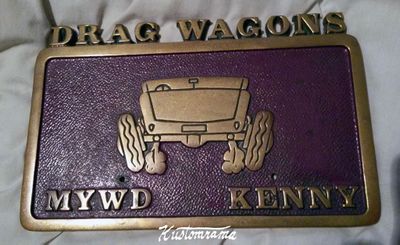 The Drag Wagons was a car club out of Maywood, California.

Ray Anderson was a Maywood police officer who was asked by the boys in the club to sponsor them. In 2016 Ray's daughter told Kustomrama that the club member gave as much as they received from her family: "One Christmas after my dad had been in a on-duty motorcycle accident and hospitalized for several months, gifts were not going to be delivered by Santa that year. My brother and I were very young and probably wouldn't have understood, but "the boys" arrived with a tree at 4am and got it decorated and numerous gifts, all wrapped, placed beneath that little tree before my brother and I awoke. My dad loved these boys. He would spend hours pinstriping their cars, when they couldn't afford Ed Roth to do it for them, or painting custom characters on the fenders, like the rattlesnake with the top hat and bow tie."[1]

Please get in touch with us at mail@kustomrama.com if you have additional information or photos to share about Maywood Drag Wagons.