From Kustomrama
(Redirected from Hansen Cobra)
Jump to: navigation, search 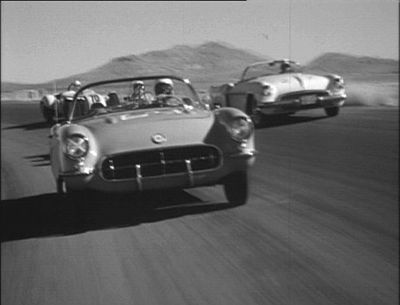 The Cobra Hansen in the 1959 movie Roadracers 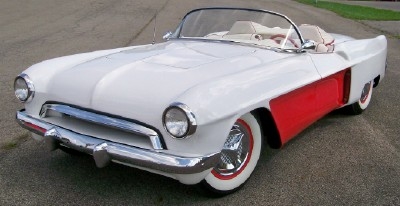 The Hansen Cobra offered for sale in October 2009 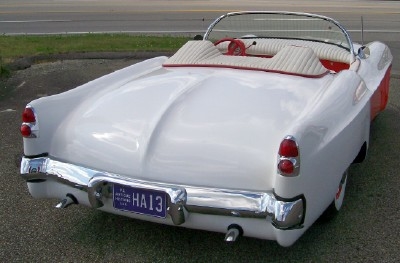 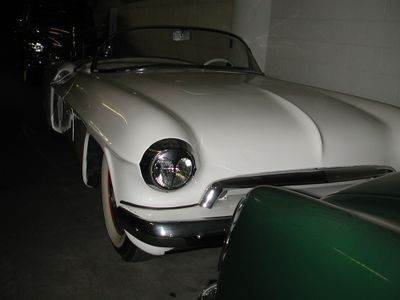 The Hansen Cobra at the Petersen Museum 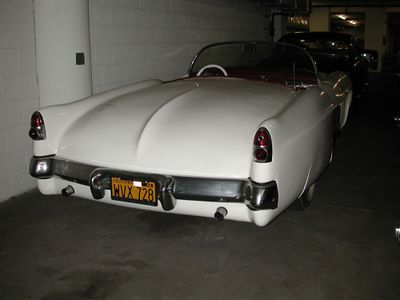 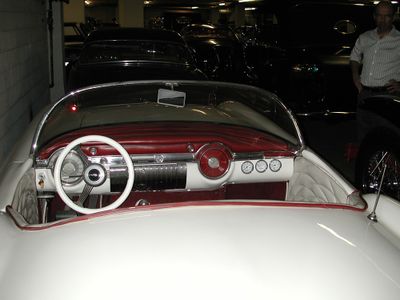 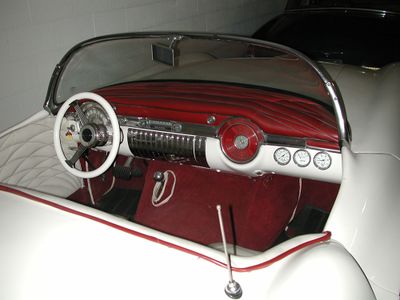 The 1953 Hansen Cobra was a fiberglass-bodied roadster built by the brothers Wally and Harry Hansen of Inglewood, California. Two Cobra Hansen cars were built from molds Wally and Harry handcrafted. One of the cars was titled as a 1953 Cadillac, and had a standard shift, 1953 Cadillac 331 V8 engine, 1948 Lincoln gearbox, Lincoln brakes, 1953 Studebaker bumpers and license plate housing, 1953 Chevrolet grille, 1953 Chevrolet headlight rims, 1953 Chevrolet taillights, and 1953 Oldsmobile spinner hubcaps. The wheelbase of the car was 108 inches. [1]

One of the two built cars appeared in the 1959 movie Roadracers. Both of the cars are still around today. One is currently located at the Petersen Museum in California, and the second was offered for sale on Hemmings in October 2009. The seller was then asking $75,000 for the car. When offered for sale the car was located in Hermitage, Pennsylvania. The car was then newly painted white with red inserts. The chrome and interior was original, but the steering wheel was replaced. The car also had a vintage Lion Dragstrip decal on the windshield. This car had previously been displayed at the Domino's Museum.[1]

Please get in touch with us at mail@kustomrama.com if you have additional information or photos to share about 1953 Hansen Cobra.