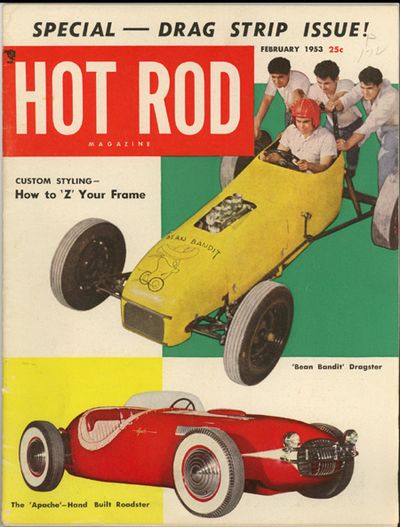 Eddie Pardue's Apache was featured on the cover of Hot Rod Magazine February 1953.

The Apache as it appeared when it was featured in Rod & Custom June 1955. Photo by Harry Griffon, courtesy of Rode & Custom. 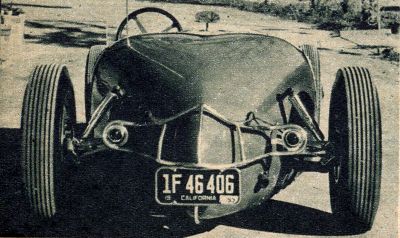 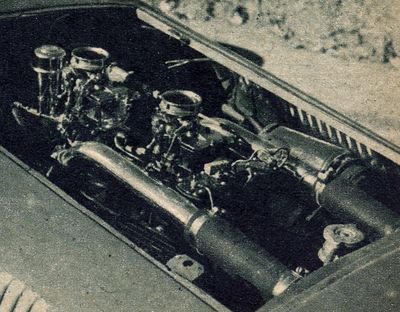 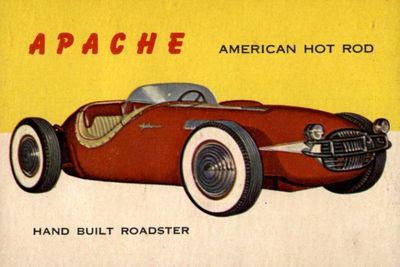 The Apace was featured on Topps trading card number 110 in the 1950s. 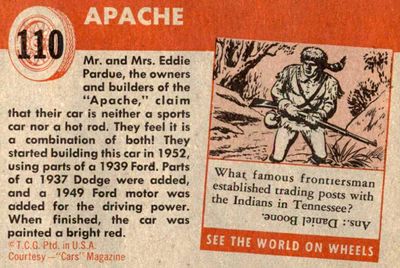 The backisde of the Topps trading card.

The Apache is a roadster owned and built by Ed Pardue of Redwood City, California. Ed and his wife were racing car enthusiasts who religiously visited the Indianapolis 500. In 1952 they started building a roadster similar to the ones they had seen competing at Indianapolis. After figuring out its design and dimensions, Mr. and Mrs. Eddie Pardue started building a chassis for it during their spare time. Several months later, the roadster consisted mainly of parts from a 1937 Dodge, one 1934 Ford and one 1937 Ford. While the chassis was taking shape, Ed hired Duke DuClos, a former race driver who owned a custom body shop in nearby San Mateo. As soon as the chassis could roll, it was delivered to DuClos who did the engine and bodywork according to Ed's specifications. The car took roughly $6000 to complete in labor, materials, and parts. Powered by a 1949 Ford motor, top speed in 1955 was 130 mph.[1]

Once completed, the car won first place in the Experimental Class at the 1952 Oakland Roadster Show. A year later it was featured on the cover of Hot Rod Magazine February 1953. It was also made it onto a Topps trading card in the 1950s.[2]

Please get in touch with us at mail@kustomrama.com if you have additional information or photos to share about Eddie Pardue's Apache.