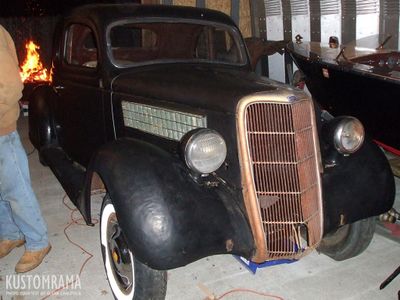 The coupe as it sat when Glenn bought it. Photo courtesy of Glenn Chalifoux. 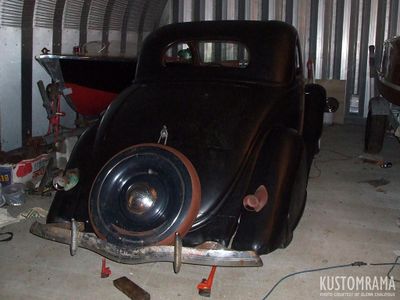 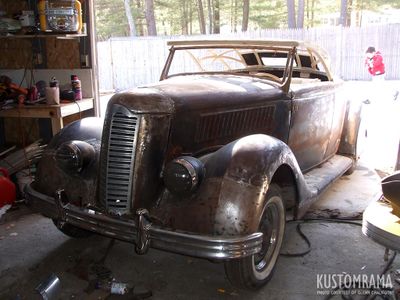 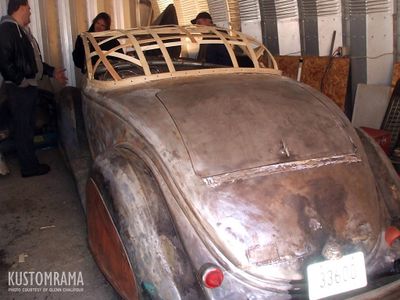 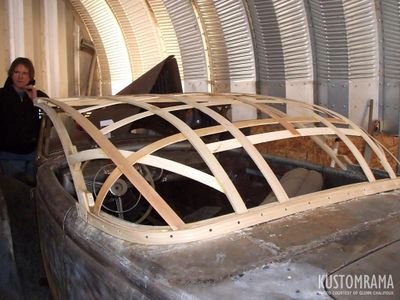 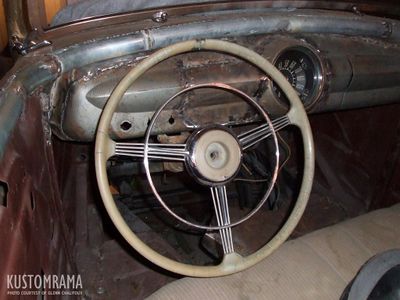 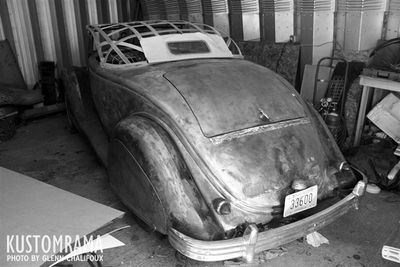 A construction photo of the roadster taken in Glenn's garage. Photo by Glenn Chalifoux. 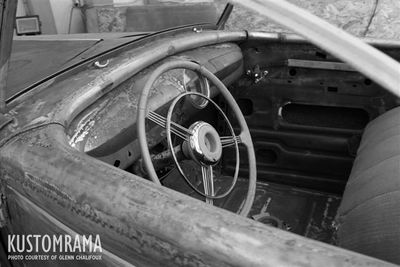 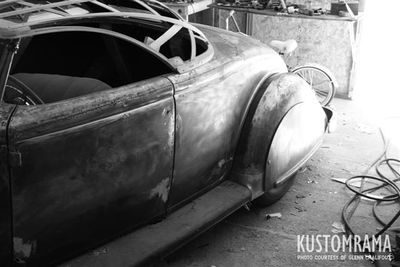 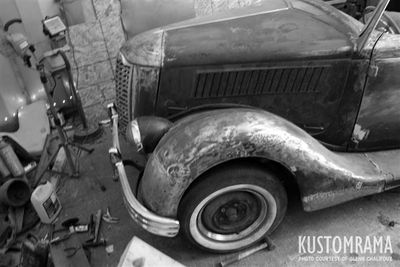 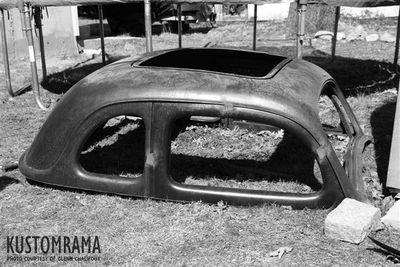 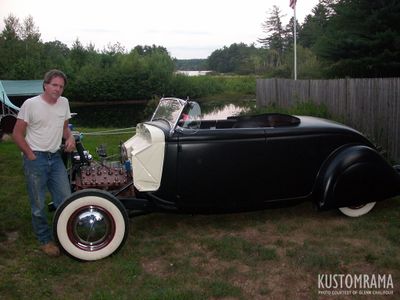 A photo of Glenn with the roadster. Photo courtesy of Glenn Chalifoux. 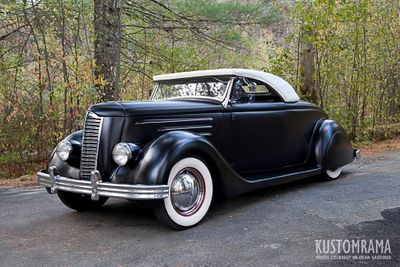 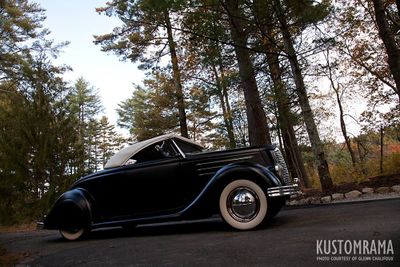 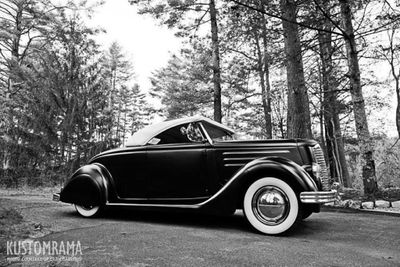 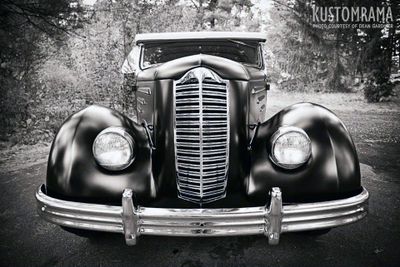 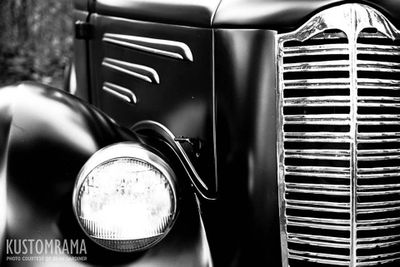 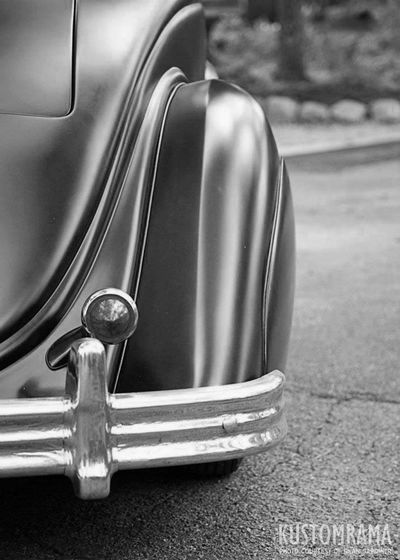 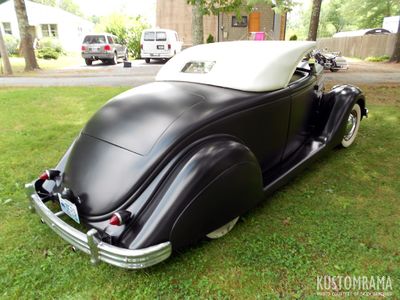 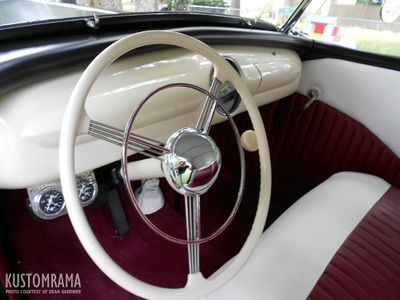 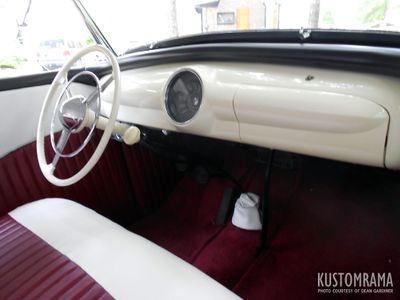 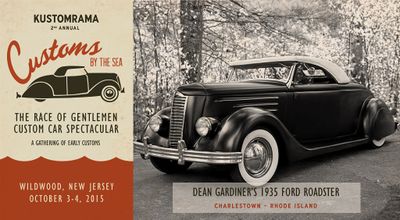 Dean's Ford was one of the Featured Registrations for the 2nd annual Customs by the Sea in Wildwood, New Jersey. The show got post-poned, and Dean was not able to attend the rescheduled show. 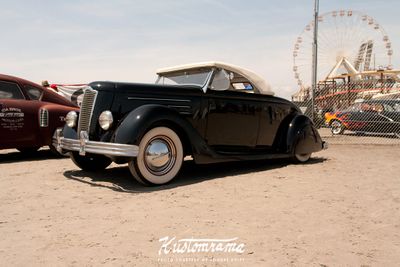 In June of 2016 the roadster made its debut in glossy black paint at the 3rd annual Customs by the Sea in Wildwood, New Jersey. Photo by Sondre Kvipt - Kustomrama. 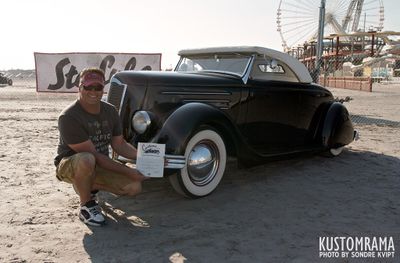 The first Bud Unger Preservation Award was given to Dean's roadster at the 2016 Customs by the Sea. Photo by Sondre Kvipt - Kustomrama. 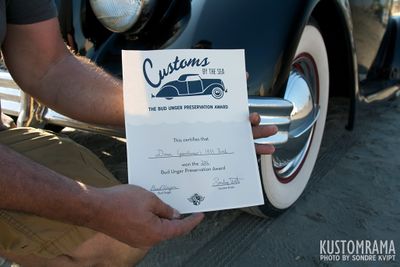 1935 Ford roadster owned and restyled by Glenn Chalifoux of Coventry, Rhode Island. Glenn began building customs when he was 16 years old, and the 35 Ford was his 12th build. It was a friend of Glenn that originally bought the '35. It was a five window coupe that his friend wanted to turn into a hot rod. Glenn begged him to sell him the car, and he did, knowing that Glenn would turn it into something special.

The car was totally stock when Glenn got it. Wanting a Westergard-style custom, Glenn began by converting the coupe into a roadster. Cardboard templates made from Ray Helger's 1936 Ford were used during the rebuild. The top was chopped 3 inches before Glenn fit it with a handmade padded top. According to a featured story on the car in Kustoms Illustrated, Glenn wanted a pure, old-timey custom with absolutely no new parts or material used in the build. Most of the patch panels he used were scrap pieces from other old cars. Glenn tried a LaSalle grille on the car, but he didn't like it, so he modified the front end was modified to accept a 1946 Packard grille.[1] The lower front grille chin panel was made from the original headlight buckets. The front fenders were extended, before he sunk a pair of 1936 Ford headlights into them.

The front of the car was lowered by reversing the spring eyes. The rear was brought closer to the ground using homemade lowering blocks. The chassis was C'd and the body was tunneled. It was powered by a Canadian 8BA engine and a 1939 Ford transmission. Brakes from a 1939 Ford was also installed.

In 2015 the car was owned by Dean Gardiner of Cherlestown, Rhode Island.

In 2016 the roadster made its debut in glossy black paint at the 3rd annual Customs by the Sea in Wildwood, New Jersey. The car was showed as "the Chalifoux Special," named after its builder, and it won the first Bud Unger Preservation Award at the show.

Please get in touch with us at mail@kustomrama.com if you have additional information or photos to share about Glenn Chalifoux's 1935 Ford.